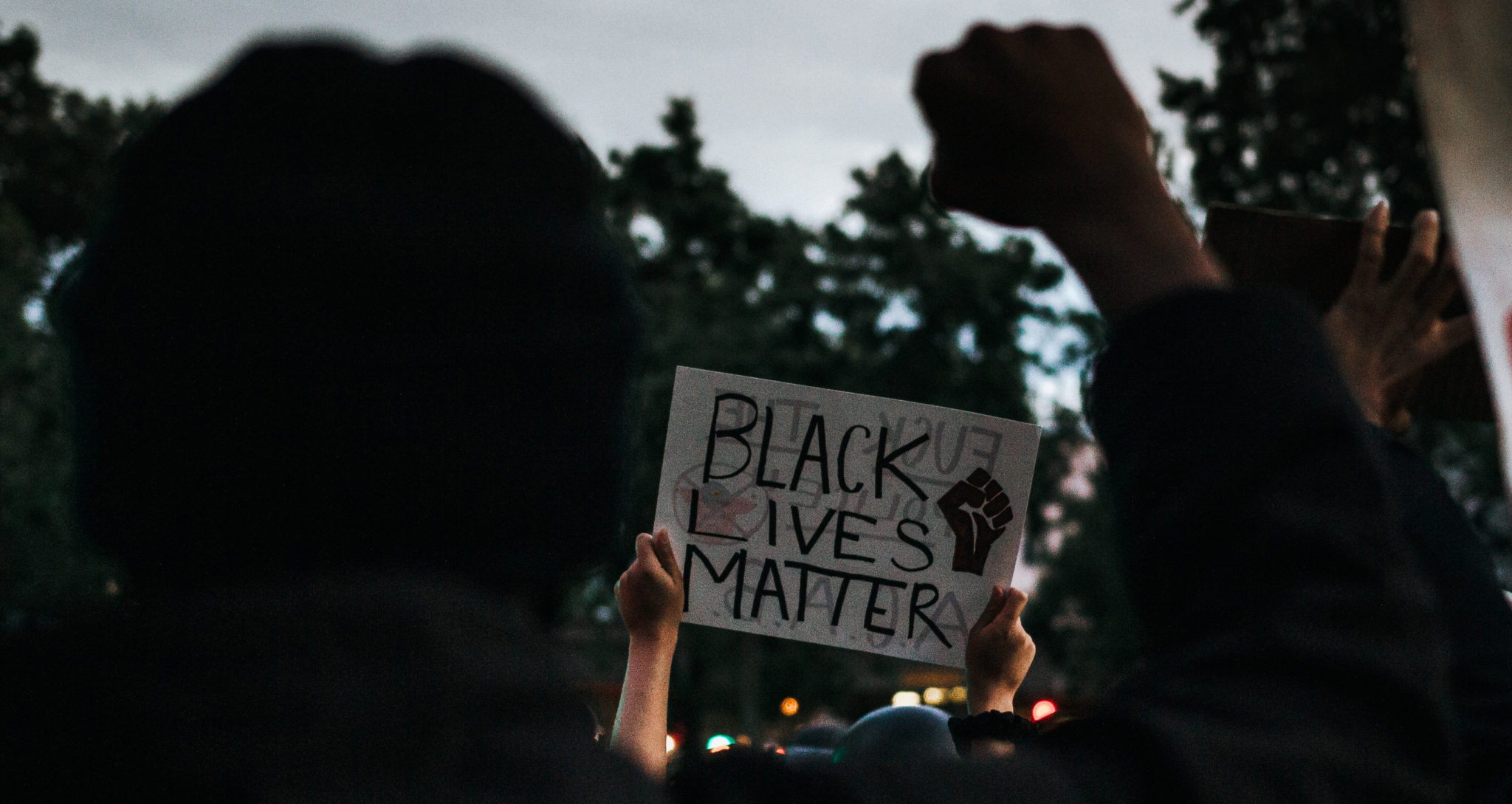 Uncomfortable: What Can White People Do To Change?

As protests continue around the country after the brutal killing of George Floyd, we are no closer to a reality in which white America exhibits the desire and ability to care for black people. In fact, in the very same weekend, we have filmed examples of a white woman using her fear of black men to demand that the state step up to defend her – endangering a black man’s life to protect her right to enjoy public spaces with her pet. Ahmaud Armery, a black man, was recently killed by white men for exercising his rights to exercise in public spaces. Then there’s the President of the United States responding to a clear example of anti-black violence by threatening yet more violence against black people.

What makes it so difficult for white people to value black lives? What will it take for white Americans to view George Floyd not just as a tragic historic event but as a person they could know and want to care for?

I do not doubt that white people have the capacity to care for individual black people. But as a white scholar who works on race and whiteness, I have been influenced by African American writers who have been retheorizing slavery, its aftermath, and what Professor Christina Sharpe calls the total climate of anti-blackness that we continue to live in. I am realizing that white people have never been taught to care for black people. Instead, we have been taught to collect them.

I have three children: one biological white child and two adopted African American children. I took all three of them home from the hospital days after they were born. I therefore care for two black children – care in the sense that having a child so changes your worldview that you are never without them. You see the world through their eyes, unable to ever completely remove them and their hopes, their fears, their reactions from your own understanding and experience of the world. This is a critical part of what it means to care.

Shortly after my first adoption, a repairman visiting my house looked at the baby attached to my body and commented, “Just like Angelina Jolie!” I knew that Angelina Jolie had recently adopted a child from Ethiopia, and I remember thinking how ridiculous it was to suggest that I had made this life choice in imitation of a celebrity. But now I can trace the significance of the thought he had actually verbalized: The only way to understand a white woman with a black baby on her hip was to read us into a relationship of collector/collected, participants in a world where wealthy white tourists travelled to developing countries and “saved” children. My children were born in Florida, but this does not place us outside of these larger race and class dynamics.

I also now better understand the mix of surprised and sometimes distressed looks that my husband and I receive from African Americans. They are asking, through their concerned gaze, how we will care for black children when they know that our society and this world have not taught white people to care across racial lines. I am working on perfecting a return glance that has a lot to convey: “I see you. I hear your concern. I realize I have work to do.”

In order to work towards racial healing with more care, white people will have to deal with our long history of collecting blackness. I include slavery, of course, as the most sustained and substantial collection of black people who were treated as objects for white use. But these collections go beyond the desire to harness free or cheap labor. Drawing on this legacy of treating black people as property, white people began to seek out objects that represented blackness for their own personal collections.

White people used to collect souvenirs from the lynchings of black people, as if to connect themselves in a personal and enduring way to this violence. These souvenirs included photographs of themselves next to the charred remains of actual black bodies, images sometimes printed on postcards that could be mailed to friends and family. They included pieces of rope or burnt grass from under a tree where a black person was hanged. Most gruesome of all, they included body parts: black fingers, ears, bones, and internal organs carved off by the eager collectors themselves or purchased from enterprising individuals closer to the scene.

White people collected pieces of blackness even when they did not wish to directly witness the ongoing violence committed against black people. Many white people are still familiar with minstrel-like memorabilia with oversized red mouths and bulging white eyes — material objects born of white imagination. This offensive and dehumanizing imagery graced the salt and pepper shakers that sat on one’s dining room table and extended to cookie jars, ashtrays, and other collectible figurines. Violent themes persisted alongside “simple” mockery: black children being eaten by alligators or chased up trees or eating watermelon with impossibly wide mouths.

Beyond racist collectibles, trade cards with images of black people were produced as advertisements for a wide assortment of food and household items and collected by white people in the late 1800’s – meaning that white companies have used the racial allure of possessing blackness to sell products for well over a hundred years. Pears’ soap advertisements once suggested comically (to white people) that black people could wash away their blackness with the right lather. Comforting connections between blackness and servility meant that pancakes, cream of wheat, or instant rice sold better to white consumers with a smiling black person as a logo that hinted of slavery.

White people still treat black people like collectibles. We circulate gifs of black people snapping, or crying, or reacting in surprise with their eyes bulging. We pretend these intangible elements of digital culture bear no relation to our long history of collecting racist memorabilia. We laugh at and retweet the outrage of Antoine Dodson (nicknamed the “Bed Intruder”) upon discovering the attempted rape of his sister, turning his words and his image into viral videos that (again) mix themes of vulnerability of black people with “simple” mockery.

We buy our kids trading cards of black athletes and posters with their images and pat ourselves on the back for our participation in “racial progress.” We ignore the way that black athletes are still bought, sold, and traded as what journalist William C. Rhoden calls Forty Million Dollar Slaves. Basketball posters and baseball cards may be less violent representations of blackness to collect (and they represent actual people being “honored”), but they do not bring us closer to black people or their real world experiences. Items that we collect don’t have a point of view. They don’t teach us to see the world through their eyes. They don’t teach us how to care.

The legacy of “collecting” black people also explains the prison industrial complex we now live with and (un)wittingly support. Most people think it’s unconscionable that white people once collected black people as property, but we have so normalized ideas of black criminality that we see no connection to how many black people are now collected in our jails. We are only slowly beginning to pay attention to the fact that our criminal “justice” system continues to lock up innocent black people who don’t have enough money to post bail.

If we want to begin imagining a world in which we do not think this type of racial violence is normal, white people will have to learn to care for black people. We can begin by acknowledging their humanity and by seeking out their multiple histories and their diverse stories. We can directly ask political candidates and state officials who are supposed to protect us all how they will respect black people, their lives, and their experiences.

Now is the time for white people to step back and recognize the role we still play in supporting anti-black violence. Now is the time to learn how to care for the African American community – in ways that put their wellbeing front and center. George Floyd’s killing and the protests his brutal death have inspired are not merely historical events we should care “about” or stories to collect in our newsfeed. White people need to ask themselves what they are doing (financially, personally, and politically) to support and care for black people during this not-at-all unprecedented but incredibly difficult moment. 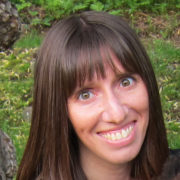 Jennifer Roth-Gordon is Associate Professor of Anthropology at the University of Arizona and author of Race and the Brazilian Body: Blackness, Whiteness, and Everyday Language in Rio de Janeiro. She is a Public Voices Fellow with the OpEd Project.