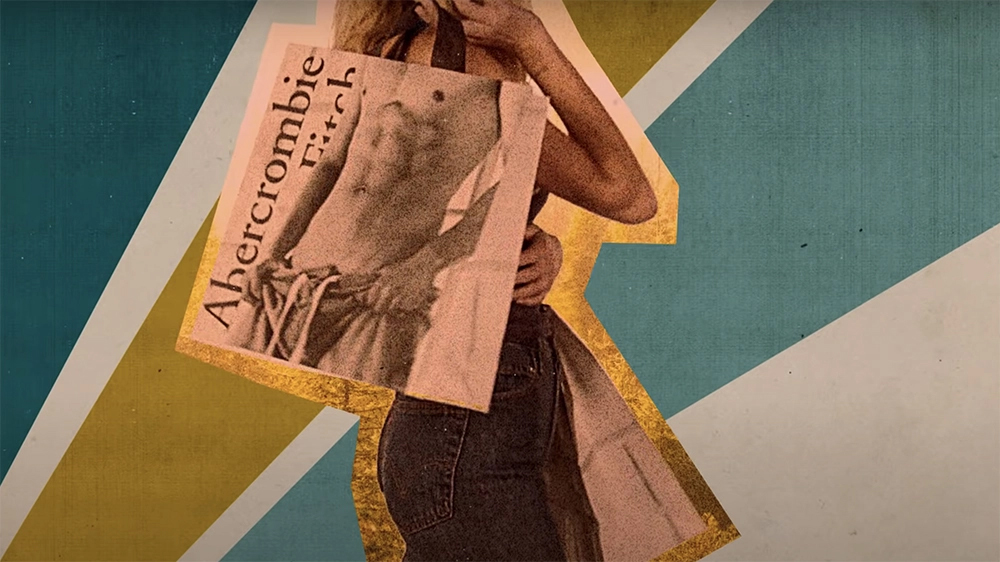 I recently watched the new Netflix documentary White Hot: The Rise and Fall of Abercrombie & Fitch, and boy-with-the-washboard-abs did it stir up some feelings in me.

The documentary takes us back in time to the late ‘90s and early 2000s when a dying brand—originally founded as an outdoor retailer selling to the likes of Teddy Roosevelt and Ernest Hemingway—was resurrected to become a pop culture phenomenon among teens and college students. Interviews with former employees bring to light the dark side of the company’s exclusionary hiring practices and its culture of white affluence and chiseled torsos.

As an elder millennial, I was in middle school in the late ‘90s and early 2000s—peak Abercrombie mania. I grew up in a predominately white, middle to upper-middle-class suburb of Saint Paul, Minnesota. Although we weren’t the preppy East Coast target audience the brand was built on, there were plenty of well-to-do kids at my school dripping in the Abercrombie aesthetic.

Unlike the majority-white community I grew up in, I’m Latina. I was born in Chile and adopted as an infant. I was raised in a family of four which included my mom, who I’m pretty sure inspired by the song Independent Women by Destiny’s Child, my younger sister, a kind-yet-feisty Scorpio who was adopted from Peru, and my grandma, the daughter of Swedish immigrants with a no-nonsense attitude and heart of gold. Our multigenerational, multiracial, all-female household was in every way outside the family norms of my peers and the community I lived in.

As an adult, I am so appreciative of the family I grew up in and how it shaped my worldview, but as a kid, I just wanted to fit in. And one way of fitting in was to wear the “right” clothes. As I went from elementary to middle school, something started brewing inside me—and it wasn’t just hormones. I began to recognize that what you wore might have a connection to who you identify with, and what group you’re a part of.

Sixth grade ushered in an era of big change for me. A change in school. A change in hairstyle (full disclosure: my short crop was supposed to make me look like Monica from Friends, but I just ended up looking like a soccer mom). And a change in my anxiety levels.

I was always a nervous kid, but middle school was the woooorst (please imagine Jean Ralphio from Parks and Recreation singing that into your ear). I realize that it’s not an earth-shattering revelation to say that I, as an adolescent girl, felt insecure, socially anxious, and hyper-aware of what I looked like and how I fit in, but I was also a transracial adoptee and person of color in a mostly white space being raised by a single parent and a grandparent, and my otherness was starting to become more evident to me.

Instead of thinking about my unique identity as something to honor and celebrate (that would happen years later in therapy), any sign of difference just made me want to double down on fitting in.

Watching White Hot, which included footage of ‘90s mall culture and teens waiting in long lines to get the newest logo-emblazoned tee, I was transported to my sixth-grade self and all the feelings that came along with her. The documentary opens with the song My Own Worst Enemy by Lit with cut-out photo collages reminiscent of Bop Magazine that brought back memories of yearbooks, scrapbooks, and locker decor.

I remembered the feeling of walking nervously down crowded hallways studying in precise detail everything going on around me, making constant calculations about the ways I was the same and the ways I was different.

I can still see one of the “cool” girls who seemingly had it all going for her—I’ll call her “Ashley” because 50% of my graduating class was named Ashely. Early in the school year, I remember Ashley floating through the hallways dressed in yet another cool-girl ‘fit that was straight out of A&F Quarterly: Doc Marten brown leather oxfords with white crew socks (pulled up to her mid-calf), khaki shorts, a white tank top with navy piping that had the words “Abercrombie & Fitch” printed across the chest, and a flannel shirt tied casually around her waist.

Girl was a living and breathing symbol of everything Abercrombie and American culture at large was telling me I should be, and I neeeeeeded it. I needed it like I needed to start shaving my legs. It was a matter of social survival.

Her whole vibe was, I’m blonde, I’m effortless, and I talk to boys with ease. I’m on the traveling basketball team and never have I ever been asked where I’m really from.

She was Abercrombie & Fitch, and by comparison, I sooooo was not. My vibe was more, I’m the quiet girl from Chile with round glasses who likes boys but won’t date a boy until college. I don’t play any sports, but I do play in orchestra.

The chasm of difference between us didn’t stop me from believing that if I could just get the clothes, then I too could fit into the “all-American” (white) archetype Abercrombie was selling.

Although I wanted the clothes, obtaining them wasn’t so easy. My mom, like most moms, thought the store was overpriced nonsense, but I’d still drag her to the mall in the hopes that she’d change her mind and give in. She’d let me go in the store to look around while she sat on a bench trying not to pass out from the overwhelming stench of bro (A&F’s signature scent).

After watching the documentary and getting a behind-the-scenes look at a deeply discriminatory company, I felt like someone had just sprayed A&F cologne directly into my mouth. AKA: it left a bad taste. I felt gross, used even. After all, I was Latina growing up in a white world, begging my mom to spend her hard-earned money and support a company that was in no way supporting a kid like me.

White Hot is a fascinating—if not horrifying—look into a brand that in its heyday sold openly racist graphic tees to the masses and was so drunk on power that one A&F merchandiser recalled, “in the first week that I worked at Abercrombie and Fitch the HR rep talked about how you could write ‘Abercrombie and Fitch’ with dogshit and put it on a baseball hat and sell it for forty bucks.” LOL. Capitalism!

The only thing I know for sure after spending 90 minutes time-traveling back to adolescent memories riddled with insecurity and anxiety is that my mom, our moms, were right. Abercrombie & Fitch was loud, obnoxious, and as it turns out, not cool at all.

No matter who you are, growing up will always be hard. If you, like me, have intersecting and converging identities that you’re still trying to unpack as an adult woman in her 30s, it will come with some additional challenges.

I’m hopeful for the future though. Thanks to a changing culture, discriminatory brands can be called out and shut down with a single TikTok from members of the most diverse generation yet. We still have a long way to go, but I’m glad to see that this brand of exclusion is finally going out of style. 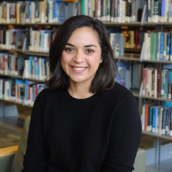 Emily Cain is a Chilean-born, Minnesota-raised transracial adoptee who writes about identity, personal growth, media culture, and the experience of being human.