As the nation navigates protests following the brutal murder of  George Floyd, many white people are looking for ways to stand in solidarity.

In George Floyd’s eulogy, Reverend Al Sharpton said,  “But the thing I want us to be real cognizant of is there’s a difference between those calling for peace and those calling for quiet. Some of y’all don’t want peace, you just want quiet.”

As a white woman, I understand white people must learn to sustain their discomfort, build their capacity for empathy and take responsibility for their own learning. Some have made a public stand, but every white person can be part of the solution.

Former Defense Secretary James Mattis denounced the use of military force against the American people praising protestors for “a wholesome and unifying demand – one that all of us should be able to get behind.”

Mattis’ statement is critical and encourages others to take similar risks. When enough people stand up for truth, silence becomes more uncomfortable than the consequences of taking a position.

Social psychologists call this “the bandwagon effect,”  a cognitive bias that leads people to do something because they see other people doing it. It’s part of why visuals of the growing protests make it more likely that people will sustain their attention.

The heartfelt story is relational, and relationships help our brains embrace change. Marion Solomon and Dan Siegel in their book, How People Change: Relationships and Neuroplasticity in Psychotherapy, explore how social brains work and in order to tolerate the anxiety of change, there needs to be a sense of safety. “Our minds are more apt to change when linked to other minds.”

Yet, American Airlines ranks 478 in America’s Best Employers for Diversity  and earns a “D” on the Diversity Scorecard for Airlines. Their executive leadership team is 89% white and their Board of Directors is 80% white.

Ben & Jerry’s owners put out their statement to dismantle white supremacy, calling for white America to “collectively acknowledge its privilege, take responsibility for its past and the impact it has on the present, and commit to creating a future steeped in justice.” Of all the statements that have been made by companies, this is one of the most powerful, with no hint of “Let’s look at all sides” or “Let’s walk this line closely so as not to anger any stakeholders.” Their statement rings authentic, because it is backed by years of activism.

Looking genuinely at how white systems and culture have upheld racism is uncomfortable. White people need to recognize being able to dip in and out of discomfort is a privilege.

In 2018, Yale University researchers wrote in Neuron that the brain kicks in for learning when there is uncertainty or unpredictability. According to this research, 2020 brains  are uniquely prepared for learning.

Philosopher Roman Krznaric, writes in his 2014 book, Empathy: Why it Matters and How to Get It that empathy “is an ideal that has the power to both transform our lives and to bring about fundamental social change.” Sitting with discomfort and recognizing the experiences of Black people, cultivates empathy.

A meta-analysis, published in the Personality and Social Psychology Review, looked at 13,000 American college students between 1979 and 2009 and found that empathetic concern and perspective taking dropped sharply over time.

Fewer college students endorsed statements such as, “I often have tender, concerned feelings for people less fortunate than me,” and “I sometimes try to understand my friends better by imagining how things look from their perspective.”

A study published in the Journal of Experimental Psychology in 2019 classified empathy as hard work, especially with strangers. This indicates that people choose to avoid empathy because of its cognitive costs.

Building empathy is a start. Yale University Professor Claudia Rankine, in a recent podcast reading of her essay, “The Condition of Black Life is One of Mourning,” shares, “There really is no mode of empathy that can replicate the daily strain of knowing that as a Black person you can be killed for simply being Black.”

White people can work to understand systemic oppression and have the courage to realize their “long straw good-luck” is directly connected to the “short-straw misfortune” of others. It’s not accidental and has nothing to do with bootstraps. A specific group of people with power put intentional policies and practices in place to hoard it.

No one is waiting to applaud as white people finally learn about this old news. Nikole Hannah-Jones in her Pulitzer Prize winning work, The 1619 Project, explores the exploitation of Black people that this country is built on followed by the socially constructed concept of race that serves to maintain the injustices.

Figuring out where to start as white allies can be an overwhelming task and it requires broadening the sphere of who is influencing one’s thinking.

If white people are only listening to each other about history and this period of unrest, the story continues to be self-protective or self-indulgent.

Black people do not need the additional burden and emotional labor associated with helping white people do their work around racism. There are many helpful tools available.

Sitting with discomfort, building capacity for empathy and taking responsibility for one’s own learning is just a start. Clarity about how to plug in and use your privilege will follow. As Maya Angelou wrote, “When you know better, you do better.” 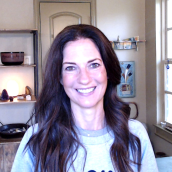 Michelle Kinder is a Licensed Professional Counselor, co-author of WHOLE: What Teachers Need to Help Students Thrive, on faculty at the Stagen Leadership Academy, former Executive Director of Momentous Institute, and a Public Voices Fellow through The OpEd Project.

The Cultural Legacy of “Negrita”

Why Fiddling is the Perfect Hobby During Quarantine

Heritage Month: Translations Of One Humanity Beyond October

Receive the latest articles in your inbox
PRESS ESC TO CLOSE