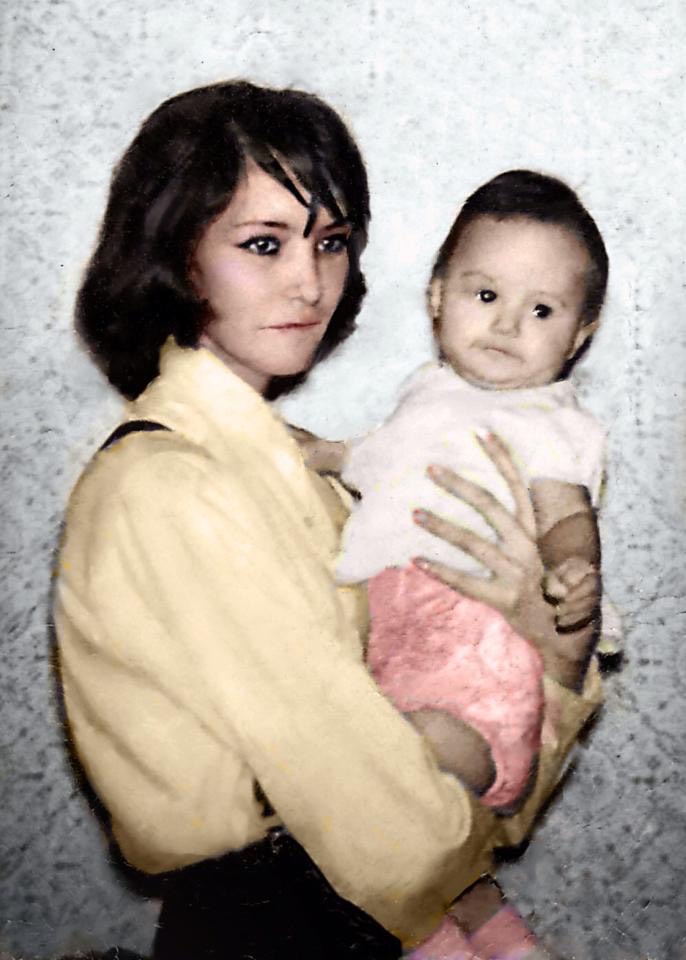 A Potted Plant in the Forest

I grew up knowing I was adopted. I found out at a very young age. I can remember seeing my original birth certificate on our dining room table and asking my Mother, “Who is baby Veronica??” Later on that day, my adoptive Mother (Virginia Smith) told me the news. It was hard to swallow that I was not related to the “Smith” family. From this point on, I began a lifelong struggle with my identity. Not every Adoptee may feel this way. It did begin a thirst to find out where I came from. Whose family was I supposed to be in?

Cathee Dahmen my birth mother gave birth to me in June of 1962, she was 16 years old at the time of my birth. I was born Veronica Rose Dahmen on 6/23/1962. I was nicknamed “Cricket” because of a funny sound I made as an infant. Shortly before I was born Cathee lived at a home for unwed mothers for the last few months of her pregnancy.

Back in the day, women pregnant out of wedlock brought great shame to their family name. Cathee never really cared about what other people thought of her. I have one photo of her/I together that I treasure deeply. We bonded as Mother & Daughter from that point on. Cathee was still attending High School classes in Minneapolis. I was told she was a very good student and excelled in English and Art.

Though I am not 100% sure, I have been told that Cathee was struggling with the idea of adoption. I believe deep down, she knew that she was not able to provide the things I needed as a young teen Mother. After I was born, that idea went out the window, and I came home to live with Cathee. I spent my first 11 months with her.

One day when she went to her High School classes, her Mother (my Grandma) packed me up and went to Catholic Charities and adopted me out. This was behind Cathee’s back. When Cathee got home from school that day her Mom told her “We got rid of Cricket”.

I can only imagine her emptiness inside after being betrayed by her own Mother.
She was never able to give me a last hug or kisses goodbye. I was literally ripped out of her arms and she never had the chance to look back or say goodbye. No embrace like Moms often do when they are off to work, or plan to come back home, in a short while.

To this day I still feel day feel the imprint she left when we were separated. I will never know how deeply this effected Cathee? I have spent the rest of my life curious about my birth parents and what the circumstances could be, as to why my family let go of my hand.

After the betrayal of her Mother, Cathee decided to move from Minnesota to Rhode Island, and finish High School. Cathee’s Uncle George Morrison was an accomplished Artist on the east coast. Cathee lived with George and his wife and their son Briand. Cathee posed for some of her Uncles acrylic paintings. One day a well-known Fashion Illustrator Antonio Lopez had seen her portrait on paintings and quickly asked who the model was? Antonio was working for Women’s Wear Daily.

Antonio was well known in the Fashion/Modeling world. Antonio knew that Cathee would make a fabulous model, but she would have to graduate from Hope High school first. Antonio had discussed with Aunt Hazel & Uncle George for Cathee to move to NYC and move in with him and his partner Juan. Antonio could see that she would become an up and coming Fashion Model. Cathee quickly began modeling for Harpers Bazaar, Vogue, Elle & Brides magazine under the mentor of Antonio/Juan. 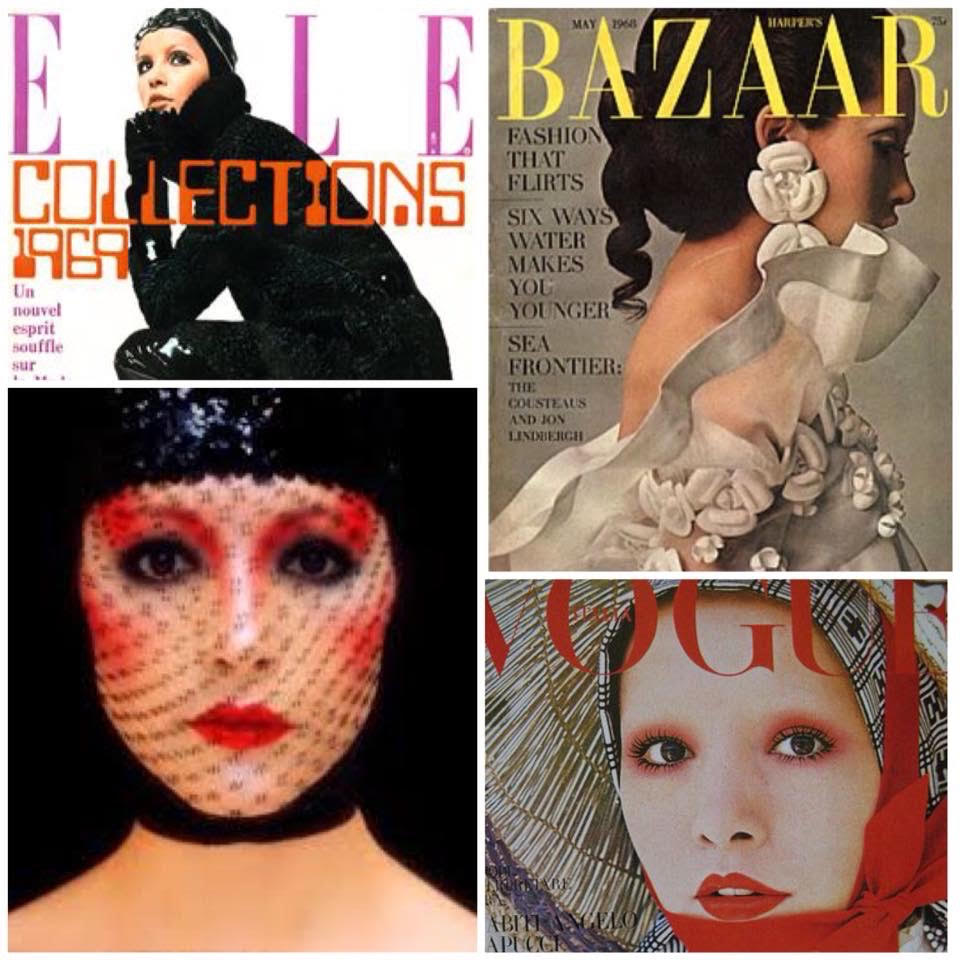 Cathee was seen on the covers of these magazines and was being requested by certain Fashion Designers to model their lines of clothes. Suddenly she did not have to go to “go-see’s”. She had made her mark in History as a top earner model for Eileen Ford and then the elite Models1 in the UK. She was also considered the first Native American Model. Her fashion career was for 1967 – 1974.

I started my search for any family member when I turned 18 years old. The State that I live in (Minnesota) is a Sealed Records State. This means that birth records will never be unsealed. I was finally located at the age of 40. I had waited for 22 years for someone, anyone to find me. I went to work on the Monday before Thanksgiving in 2002. I had thought it was going to be just another Monday Morning; I was scheduled to give training on our new hiring software to my peers. I took off my coat and listened to my voice mails. I was hit by a ton of bricks and immediately felt my strength to stand up was weakened.

I retrieved a call from an unknown female looking for “Susan Fedorko” who was born in 1962, and who was adopted. I knew from that moment on that someone was looking for me! I almost fainted! Immediately I knew that finally someone was reaching out to me. My mind was reeling so fast, I lost all memory of how to save the message. I waited about 10 minutes and I called her back. I realized that this woman I was talking to was my ½ sister. She was my birthmothers 2nd daughter, I was her 1st. We conversed for about 20 minutes and made plans to talk to each other in the evening. I had a list of questions that I had made ready to ask when we talked next.

That evening I took the phone up stairs in our master bedroom, and shut the door behind me. I did not want any family members interrupting me. If for some reason someone was playing a cruel joke on me, I did not want the family to hear my pain. I had a notepad and was ready to take fast notes when I spoke with Sarah- my sister.

I was pleasantly surprised that my sister Sarah, had her ½ sister Laura on 3-way conversation. I was elated to finally hear from both sisters. All the time I kept thinking that, “These are my long lost sisters”! “I am the oldest sister now”. I thought about all of the time loss with both of them. I have grown up and everyone missed it.

I learned that my Cathee had died in 1997 of COPD. My sister Sarah had asked me if I knew the name Cathee Dahmen?? I responded “no”. Sarah went on to tell me that our Mother was a huge, huge, model. At first I thought Sarah was trying to tell me that our Mother was a plus size Model. I had no idea she was about to tell me, that our Mother was on the cover of magazines that I love to read. She was an amazing model during the late 1960s+ era. Cathee began modeling for Eileen Ford at the Ford Modeling Agency in NYC and then Models1 in the UK. Later on, I started collecting every photo that I thought was Cathee, I have hundreds of photos of her in magazines and on the covers of Vogue, Bazaar, etc. She also graced the cover of books, and Vogue sewing patterns

Sarah would eventually be able to tell me all the information that I needed to know about my biological Father. My biological is/was Thomas L. Conklin. Thomas Conklin had passed away as well, in 2002 of stomach cancer. Later on I would be able to connect with the Conklin side of the family.

In one phone call I was instantly adding 6 new siblings combined by both families. I have experienced tears of joy and sorrow with the reunion. Discovering that both biological parents had already passed left me with an empty hole. It is so hard to explain it, it is like being in a time warp and you finally land in a familiar spot, but learned that the family is long gone. All that I have left is the bond with the immediate family they both cherished,

It has been 17 years since I have been located. I have learned so much about both Cathee and Tommy. It has been a strange discovery to learn why I have some quirks just as my parents did. Discovering features that my Mother and I possess. I also see both of my daughters take after Cathee.

Both my daughters Samantha and Sasha have so many of Cathee’s traits; they both have beautiful long dark brown hair, very dark eyes, and her olive complexion. I also inherited a great deal from Cathee. I have heard video tape (VHS) tapes of her, and we even sounded the same. We both looked so much alike when we were both in our 20’s.

Forgiveness has been extremely hard on me. It is hard to accept she moved on in her life without me. The very reason I was adopted out, was because she would be unable to support me financially and emotionally, yet within 5 years after I was gone, she was comfortably secure and living on her own. My pain has always been with my Grandmother who adopted me out. How could a Grandmother do this to one of her own granddaughters? Forgiving Grandmother has been difficult. It was not her role to play “God” with me.

I hope that she is able to see the beautiful successful woman that I have become. I hope that she sees both of my beautiful girls. I have always told myself, if and when I ever get to heaven, I am going to walk right past my Grandmother. An embrace will never happen.

I am very proud of the people my biological parents have become. I wished that I would have been able to chat with both of them and have my long desired questions answered. Perhaps the outcome of my reunion may have not turned out the way that is did. 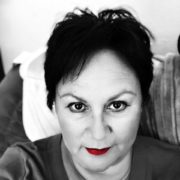 Author of "Cricket, Secret Child of a Sixties Supermodel" A memoir of her adoption journey. A lifelong resident of Minneapolis, Minnesota, Susan "Cricket" Fedorko (Grand Portage Band of Chippewa - Oijbwe) has contributed her writing to two anthologies on the subject of being adopted and has done numerous media interviews. This new memoir details her astonishing 22-year search for answers and describes touching reunions with both of her birth-families in two Minnesota tribal nations. Her Chippewa - Oijbwe, birthmother, a famous supermodel, died in 1997, a short distance from Susan's current home.