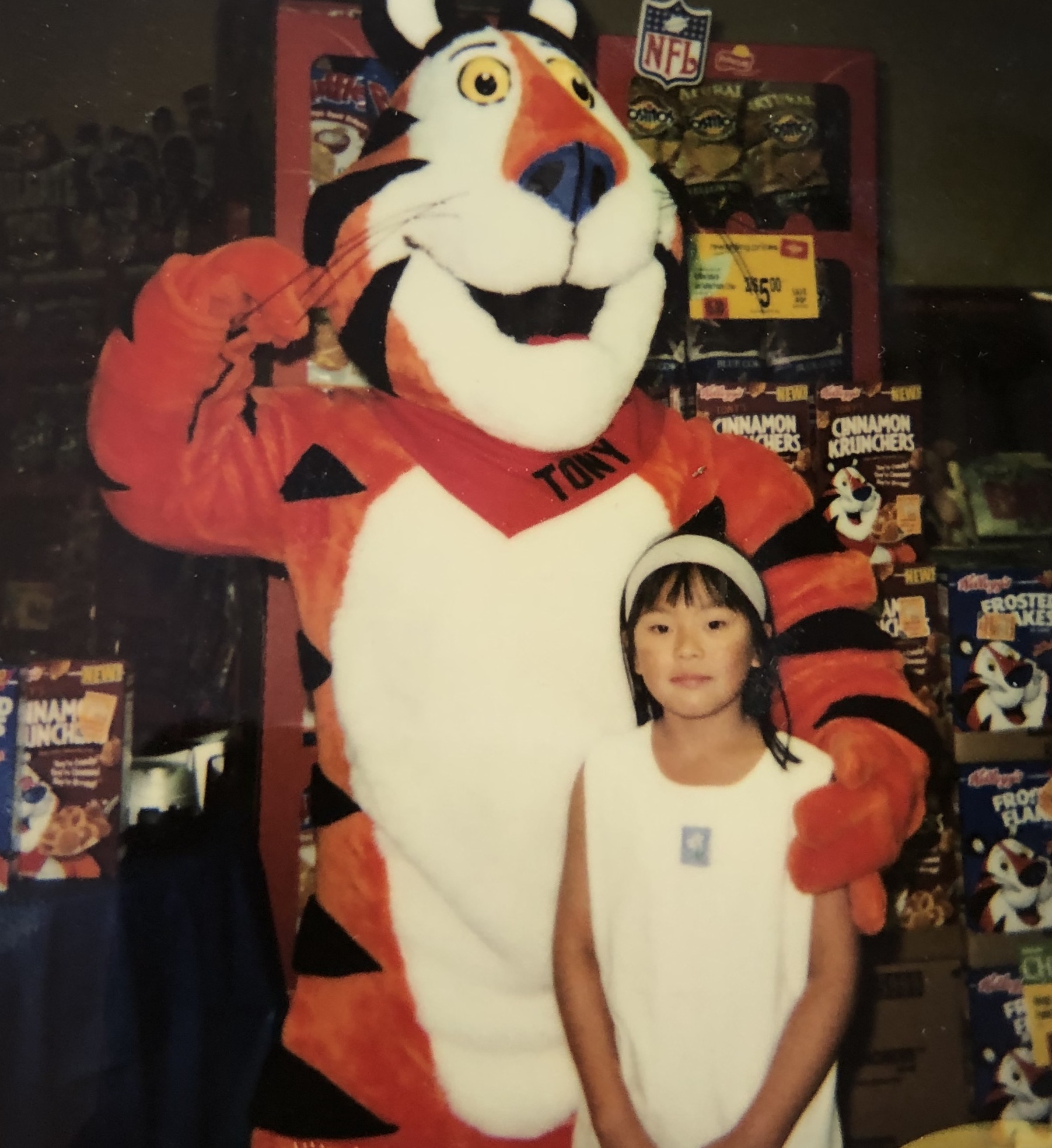 The Best Thank You to COVID Heroes is a Living Wage

“Do you ever think about your real parents?”

Summer had just begun, and Jenna and I were spending the afternoon swinging on the playground at Forest Park. Our legs pumped higher and higher in a competitive swoop as we tried to see who could wrap their whole body around the bar first.

Jenna’s mouth shone ruby red from the popsicles her mother had given us, and when she laughed it looked like she was wearing lipstick five shades too bright for her. We weren’t allowed to wear makeup yet, but the juice made natural big lips that we clung to greedily, like honey to a spoon. We wanted to be twenty-five, mature, wanted. We didn’t know how to be kids.

“What do you mean my real parents?” I asked, confused.

“You know what I mean.” She said, her voice dropping an octave lower as if she were telling me a grave secret, even though we were the only ones in the park. “Your birth parents.”

I shrugged, my legs pumping slower as I pretended to consider her question. Her legs kicked faster in response. Jenna was always competitive about everything, even things you couldn’t win at, like swings.

“Not really,” I said, eager to change the subject. My legs picked up their pace again. As if it were an afterthought, I added, “Besides, my parents right now are my real parents.”

Jenna nodded like she understood, and I thought that was the end of it. We kept swinging, higher and higher. I was convinced we were going to overtake the slim metal frame, the two of us twisting around the bar like pretzels in the sky. I wondered who would find our bodies, stretched just so. Mom would kill me if she found out I’d been “causing a scene” again.

Five minutes later, Jenna stopped and looked at me again. She’d been acting weird all morning, but it was really kicking in now.

Normally, I’d relish in the attention, since out of everyone in our friend group it seemed she liked me least of all. But right now, I just wished Tulsi or Layla or anyone else were here with us, so that I didn’t have to feel her unnerving gaze boring into mine.

“Why do you think they abandoned you?” she asked with all the fervor of telling one’s favorite ghost story, her eyes wide as saucers.

I could tell she was really trying to picture it. I didn’t know if I should feel flattered or not. She clearly thought my life was some big, fun mystery to be solved. I wasn’t sure how I felt about it, even though I was the one living it, not her.

“They didn’t abandon me,” I emphasized, though of course I didn’t know what I was talking about. Still, I repeated myself. “They didn’t.”

“How do you know?” Jenna said excitedly. I knew she was already ten steps ahead of me, picturing it all in her mind. My life, my timeline, my unsolved mysteries. Jenna was big on unsolved mysteries, a product of her mother’s true crime TV obsession and her brother’s scary stories. Even her dad got into it sometimes, especially in the fall, leading up to Halloween. Me, I’d always been more of a realistic-story type person. I had enough mysteries in my life as it was.

“Your parents never tell you the whole story when you ask,” Jenna reminded me helpfully.

This was true, but I didn’t like the way she was using my parents’ story to prove something about me.

I smiled, feigning nonchalance. “They don’t have to know all the facts to just know.” I said, an almost verbatim response to what my father told me whenever I asked, which wasn’t often, since the answers never seemed to change.

Jenna scoffed. “They probably just don’t want to hurt your feelings.” She lowered her voice to a whisper, as if we were talking conspiracies, which, I guess, we were. “But if I were you, I’d want to know all the details, even the bad stuff. At least then I’d know the full truth, right?”

There was no one else in the park, but suddenly I had the acute sense that we were being watched. I got like that sometimes, what my father called overly paranoid about niente, absolutely nothing. But he wasn’t here now. It was just me, Jenna, and whoever I’d sensed in the woods. Suddenly I knew we weren’t safe here. We should leave.

I tried to communicate this to Jenna with my eyes, but hers only looked blankly back at me. It was clear she wasn’t budging until I answered her questions.

“Well, you’re not me.” I shouted the words, not to yell them at Jenna, but to alert our intruder that I had a voice and I wasn’t afraid to use it, lest they get any funny ideas. All I wanted was to keep talking, to keep the fear at bay.

I hardly ever shouted at anyone except my mother. To my friends and my classmates, and to my father, I always put on a happy face. I smiled so much my third-grade teacher had nicknamed me Happy Girl, and it stuck. Soon all my teachers began calling me Happy Girl. It wasn’t true, but it made Mom smile, so I didn’t protest. Only in front of my mother was I my miserable, true self. I hated to think this was my true self, and not the sunny exterior I showcased to the rest of the world, but when the truth is staring you straight in the face it’s hard to hide from it. There’s no use.

Jenna’s cheeks flushed crimson. We looked away from each other, her at the slide and monkey bars ahead of us, me into the woods again. At this point I was feeling more than a little resentful that she wasn’t catching on to the fact that we had an intruder in our midst, but I didn’t dare risk voicing my thoughts in case he was listening.

“I’m sorry,” Jenna said after the silence had stretched on and on. When I didn’t say anything, she tried again. “Boy, am I nosy! I promise I won’t ask again.” She laughed, waiting for me to join in, to tell her it was okay.

“I’m sorry you’re so, like, obsessed with my life,” I replied icily, forgetting for a moment the danger we were in. Jenna could be so thick-headed and selfish sometimes; couldn’t she take her mind off herself for one second to figure out what I was trying to tell her? How did she not catch on that we were being watched at this very moment? And here she was getting me riled up about unimportant things!

The moment I said the words I knew I didn’t mean them, but it was like I couldn’t control myself. I plowed on, unable to stop the anger that now flowed freely through me. “You’re trying to find out all these answers about my life because yours is so messed up at home. You’re trying to butt in and get me upset and now I am.”

Jenna’s eyes sparkled with tears. “That’s not what I was trying to do at all!”

Her tears earned no sympathy from me; if anything, they made me madder. She shouldn’t get so emotional, I thought. Tears weren’t hard to hide if you tried hard enough. The intruder would have no sympathy for them, either.

I stopped swinging abruptly and got to my feet. “I think I need to go home.” I said, leaving no room for argument. She still wasn’t getting my messages; she’d have to fend for herself. Mother wouldn’t be happy.

Jenna leapt up behind me, her voice getting louder and whinier. I ignored her and began walking up the hill, toward the main street. Walking wasn’t fast enough; I broke into a sprint.

Jenna’s footsteps trailed close behind me.

“Anna! Wait up!” She called, desperate.

But I wasn’t waiting, not for her or anyone. I kept running, even as my mother opened the door, her face a tight, anxious mask; even as she hurled questions at me as I ran to my bedroom and slammed the door shut.

I could hear Jenna’s voice mingling with my mother’s in the doorway. Screw them, I thought. Nobody ever gave me answers. It was high-time I started returning the favor. 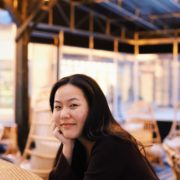