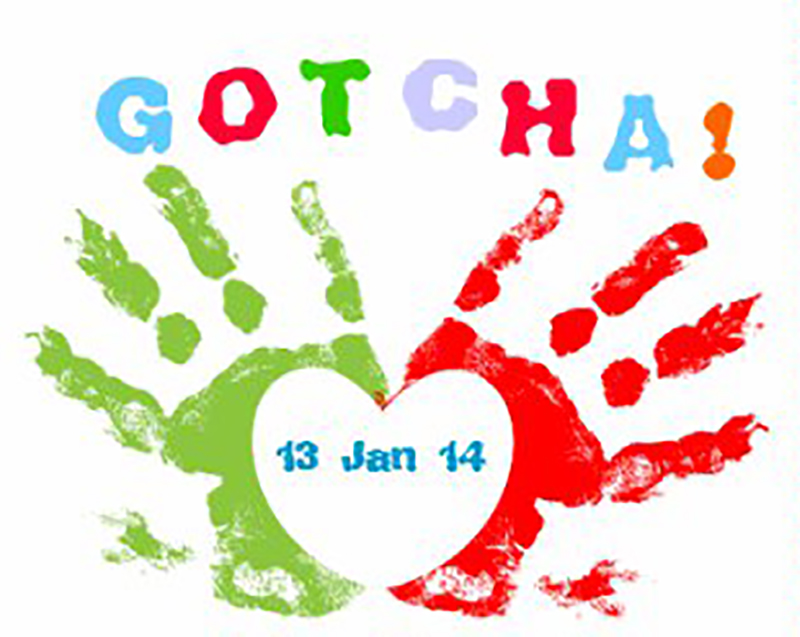 Saturday, November 23 is the official GOTCHA DAY, aka National Adoption Awareness Day. (NAD) in the United States. On this day courts across the country will turn children into somebody else. Their original identities will be confiscated and sealed up in Vital Records vaults around the country, and new shiny selves will walk out of the courtroom with new names and parents. Blogger Baby Love Child calls this day “a celebration of sealed records.”

Of course, any day can be Gotcha Day in AdoptionLand. It’s not limited to the adoption industry-created holiday NAD, the highlight of National Adoption Awareness Month (NAAM). The mass destruction of identity though always makes for cute local news stories. so a coordinated effort is a good idea. It encourages business.

I first heard about Gotcha about 20 years ago. I was immediately squicked. Gotcha sounds like trapping a rat under the stove or grabbing up the last flat-screen TV on Black Friday at Wal-Mart. It’s a predatory term. A scary term. A cheap term. A violent term especially today with kids in cages at the Mexican border being siphoned into the Christian adoption system. Gotcha relates adoption to aggressive consumerism; and that consumerism to a public act of virtue. Adoptee rights activist and theorist Daniel Drennan ElAwar writes that Gotcha moves the private into public space:

It fundamentally reduces something very complex and multilayered into a cartoon parody; it forces something private (especially to a young child–I remember not wanting anyone to know about my adoption when I was younger) into a public sphere that is not always welcoming of such a fact (the first question I was asked in school was: “Why are you brown?”).

Despite the majority of adopted adults finding Gotcha offensive or worse, Gotcha has gone mainstream. Parties and other public events are built around it, marking the new adoptee as a “special” person for whom special expectations are forecast. It’s sort of a baptism into the American cult of adoption complete with Gotcha cakes, paper plates, greeting cards, banners, t-shirts, and commemorative jewelry. Pinterest pages are dedicated to fun-for-adopter stuff. 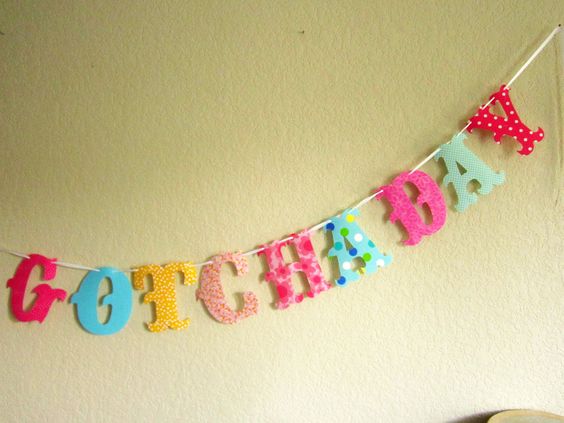 My adoptive parents celebrated Betsy Day, always phrased as “the day you came to live with us.” (Old-timers will remember that I used to be Betsy–an OK name, but one that never fit me.) Marley is a shortened version of my birth name Marlene Sue–a name I’m not real fond of either.

Betsy Day was celebrated on December 21, a preview of Christmas to come. There were usually two gifts waiting for me on the dining room table when I came down to breakfast. When I was in the third grade I got a pink cashmere sweater. Cashmere was big that year.

The “celebration” if you could call it that, was low key and private. No banners. No cake. No neighbors. No bragging or saviorism. It was–and I expect to get some flack for this from several sources–Betsy-centered. Back then personal business was considered just that: personal. Reticence was the custom. The commercialization of the intimate was frowned upon.

I have mixed feelings about Betsy Day. When I was young adoption made me feel like a freak. I bounced from liking Betsy Day to moderately dreading it, and back again. All adoptees are freaks, of course, and I didn’t want to be one. As far as I know, I never met another adopted person until I was out of college and working. I was surprised to find him. Now there were two of us in town. Unlike a lot of adoptees I didn’t feel a loss outside of a loss of information, which I was obsessed with) nor feel traumatized like some adoptees describe their experience. I imagined my mother wearing a brown suit and working in an office, a sort of Katherine Hepburn type. I learned later, she didn’t and wasn’t.

As I got older, Betsy Day mellowed out. I came to appreciate it as a symbol of what I meant to my parents. I was an adored and much- loved child and was rather spoiled. While Betsy Day could be interpreted by some, as something that was done by my adoptive parents for themselves it was very much for and about me I doubt that today’s Gotcha Day has anything much to do with the object of the brouhaha. It’s a freak show and a media op for over-sharing adoptive parents and a fund-raiser for the adoption industry.

My mom never forgot Betsy Day, and every year I continued to get a present. Usually, it was a check, but when I visited at Christmas there would always be a special Betsy Day present waiting for me–a sleeping shirt, some jewelry, or a book on local history. I miss that.

Sentimentalism aside, Betsy Day did not present the avarice, the braggadocio, the narcissism that I see in the contemporary Gotcha and paper pregnant crowd. My first mother, Dottie, as I would learn years later, never had any more biological children, but adopted a boy and a girl 10 and 12 years after I was born. They were LDAs, not learning they were adopted until they were nearly teenagers. I cannot imagine Mama Dot throwing a Gotcha party. My two moms would have put their heads in an oven before they made a spectacle of their children or themselves, much less social status points.

And that’s the difference. Both mothers understood the personal. Today we live in a confessional culture. In the attempt to over-“normalize” adoption and the state-constructed family, adoption is fetishized and romanticized. Adoptees are objectified in mediazed public fantasy.

Being adopted is not fun, and having your business on Front Street when you are too young and too powerless to stop it is not fun. As children, we cannot control our narratives or privacy. We should not be paraded to prop up egos or to push social and religious agendas. As adults, we should control our narratives and own our agency. We should not be expected to be fundraisers and poster children for the adoption industry or narcissists. 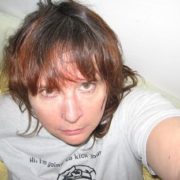 Marley Greiner is co-founder and executive chair of Bastard Nation: the Adoptee Rights Organization, the largest adoptee civil rights organization in the United States. She has testified before numerous state legislatures in support of the restoration of the right of adoptees to access their original birth certificates and in opposition to safe haven laws. S, Since 2005 Greiner has published over 1300 entries in her influential Daily Bastardette blog covering all aspects of adoption.