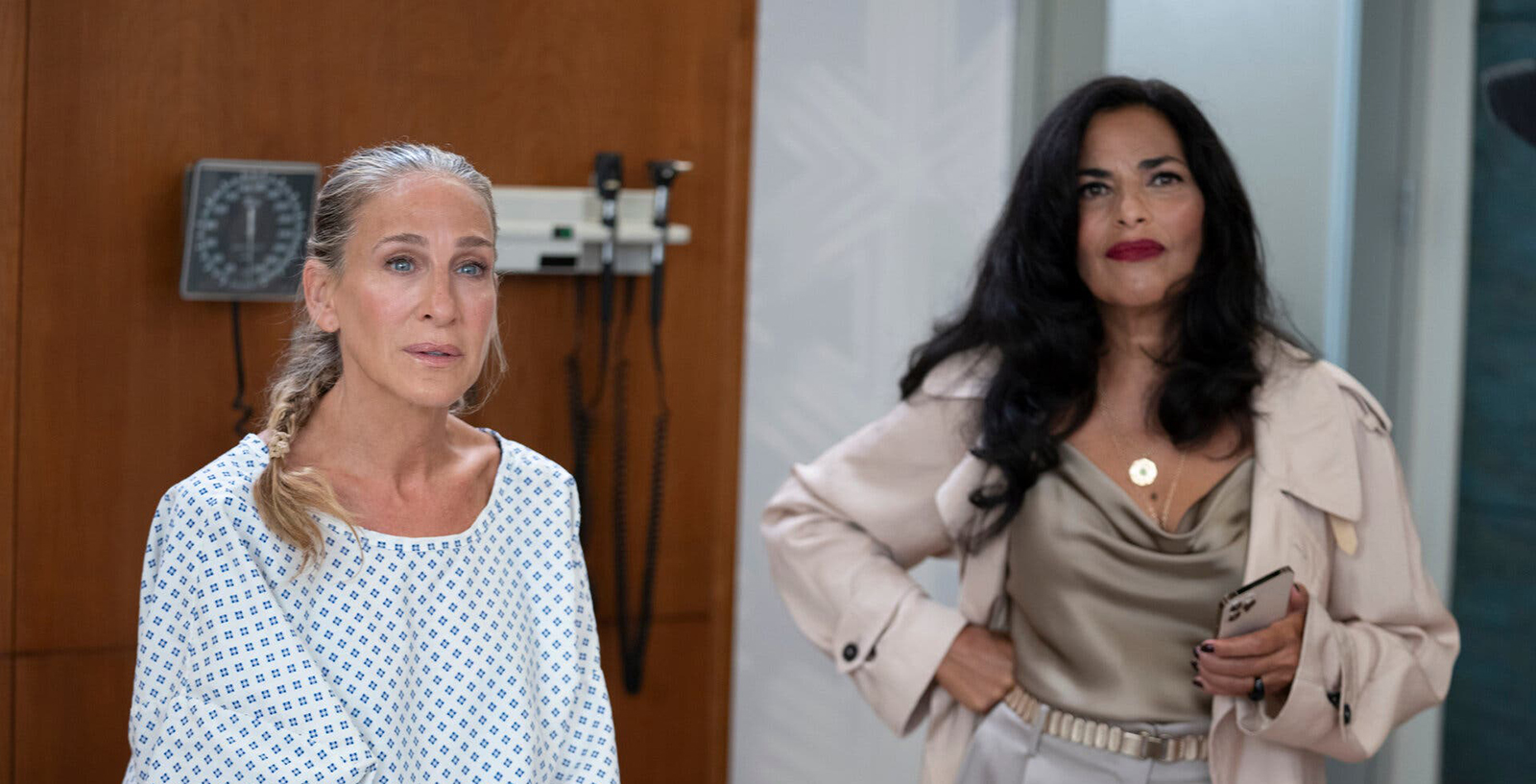 My 5-Year-Old was Suspended for Having a Tantrum

Recently, in response to And Just Like That…, HBO Max’s Sex and the City reboot, social media was alit with negative comments about how the main characters had aged. People commented on their gray hair and wrinkles. In an interview with Vogue magazine, Sarah Jessica Parker, the longtime star of the show, responded “It almost feels as if people don’t want us to be perfectly okay with where we are, as if they almost enjoy us being pained by who we are today.” The unspoken message of the critiques is that women over 50-something are somehow no longer sexually attractive and not worthy of our attention.

In the U. S. we are a culture that believes that life ends after 30 years old. This country is rife with ageism, especially towards women beyond their forties. I know because I am one. As a woman who has reached 70, I am patronized, ignored and berated in large and small ways daily.

Throughout Miami, when I am shopping, I often have the experience of being called “Abuelita” by sales clerks, whether it is “Abuelita, hurry up!,” or “Abuelita, make up your mind!,” or “Abuelita, people are waiting for you!” I don’t mind being considered a grandmother, but the tone combined with the use of “ita” on the end — a diminutive commonly used with children —  is not endearing, but condescending. It seems that past a certain age, strangers feel they can treat me like a child again.

These are small insults, easily ignored. However, this attitude leads to larger, more impactful significant effects on those of us no longer afflicted by youth and inexperience.

While Americans have recently taken to the streets to protest racist and sexist acts of discrimination, and while institutions are falling all over themselves to publicly embrace diversity and equity, that same fervor is not shared for fighting the widespread prejudice that is ageism.

Ageism is one of the least visible or talked about prejudices in this country, yet it has serious implications on the lives of more than 54.1 million Americans, affecting not only their pocketbooks and self-esteem, but as multiple studies have documented, it impacts their physical health.

Between 2010 to 2014, researchers at Yale School of Public Health, working with the support of the World Health Organization, undertook a massive study of 7 million older people in 45 countries across 5 continents to examine the health effects of ageism. Their results, published in Gerontologist in 2020, found that ageism led to worse outcomes in a number of physical and mental health conditions, including depression, and ultimately led to a shorter life expectancy by an average of 7.5 years.

Scientists explained that negative stereotypes were directly absorbed by older adults, leading to an array of negative feelings, which led to poorer outcomes, including a measurable decrease in their will to live. In a different analysis, the same researchers examined the economic consequences of ageism and found that this widespread form of prejudice led to excess healthcare costs of $63 billion. A full 15.4 percent — or 1 in every 7 dollars — spent on health care annually is for the eight most expensive medical conditions, and all of it is attributable to ageism. Another finding: health care systems that manifested high degrees of age bias spent more on health care for those eight conditions compared to health care systems without evidence of ageism.

The negative effects of ageism, and the pain of being discriminated against, have also been shown to increase risky health behaviors, such as eating an unhealthy diet, excessive drinking and smoking, and lack of exercise — all of which reduce the quality of life and lead to slower recovery from disability in older age.

In my own profession, as a physician, I have too often seen practitioners under-treating and over-treating older patients. I have experienced ageist talk in the health care setting (in emergency rooms, it’s not uncommon for the staff to refer to an older patient as a “GOMER,” or “grand old man of the ER”). And I have witnessed physicians dismiss treatable pathology as a feature of old age. (A 2020 review of medical literature showed that in 85 percent of 149 medical studies, age alone determined who received certain medical procedures or treatments.)

Medical practitioners are more likely to make clinical decisions that limit patients’ access to care based on patients’ age rather than their health needs. Although rationing may not be overt and we don’t quite put the elderly out on ice floes at the end of life, physicians may provide less aggressive medical treatment for the elderly than for others with similar conditions out of unconscious bias, thinking that they are actually helping them.

The economics of health care may also play a role in ageism. While the elderly have universal coverage with Medicare, access to care may be skewed because Medicare does not pay as much as private insurance, further limiting elders’ access to appropriate services.

The COVID-19 pandemic has highlighted the vulnerabilities of older people, along with the vulnerabilities of people with other characteristics, such as being poor, living with a disability, being a woman or a member of a minority group. Early in the pandemic when resources were strained and COVID-19 mortality rates were highest in older adults compared to other age groups, age was considered equal to frailty (and co-morbidity) and was used as part of algorithms to distribute ventilators and other resources to someone younger. (In fact, the US had formally adopted the ventilator guidelines where age may be considered as a tie-breaking criterion in limited circumstances, sending the message that an older person’s life is less valuable than a younger person.)

Recently, the Office of the UN High Commissioner for Human Rights, the UN Department of Economic and Social Affairs and the UN Population Fund have focused their campaign on combating ageism in what they named the Decade of Healthy Ageing (2021-2030). This is a global response to a global problem that results in disadvantages, injustice and poorer health outcomes for the elderly.

With the Boomer Generation retiring, some think the growing expanding size of the elderly population in the US will force society to finally reckon with ageism. I am not sure that will happen. Unfortunately, ageism has become institutionalized and deeply ingrained in our national psyche. It often goes unchallenged.  It will take time and collective will to truly change.

In reaction to the uproar over the Sex in the City actresses, William Norwich, the former Vogue editor, posted a message of solidarity on his Instagram feed: “@sarahjessicaparker deserves more than all this ageist attacking. I’ve said it before, ageism is the last frontier for wokeness culture but it’s where wokeness finds the most resistance in a culture hellbent on denying death.”

Norwich is right. In the US, we must begin collectively to combat ageism. Silence is no longer acceptable, because it is literally cutting lives short. We need to add our voices in calling out ageism and demanding reform, just as we should to end other forms of discrimination.

Dr. Panagiota Caralis, MD, JD is an attorney and Professor of Medicine at the Miller School of Medicine, University of Miami, and is the IntegratedEthics program officer and Medical Director of the Women Veterans’ Health Program at the Miami VA. She is also a Public Voices Fellow of The OpEd Project.