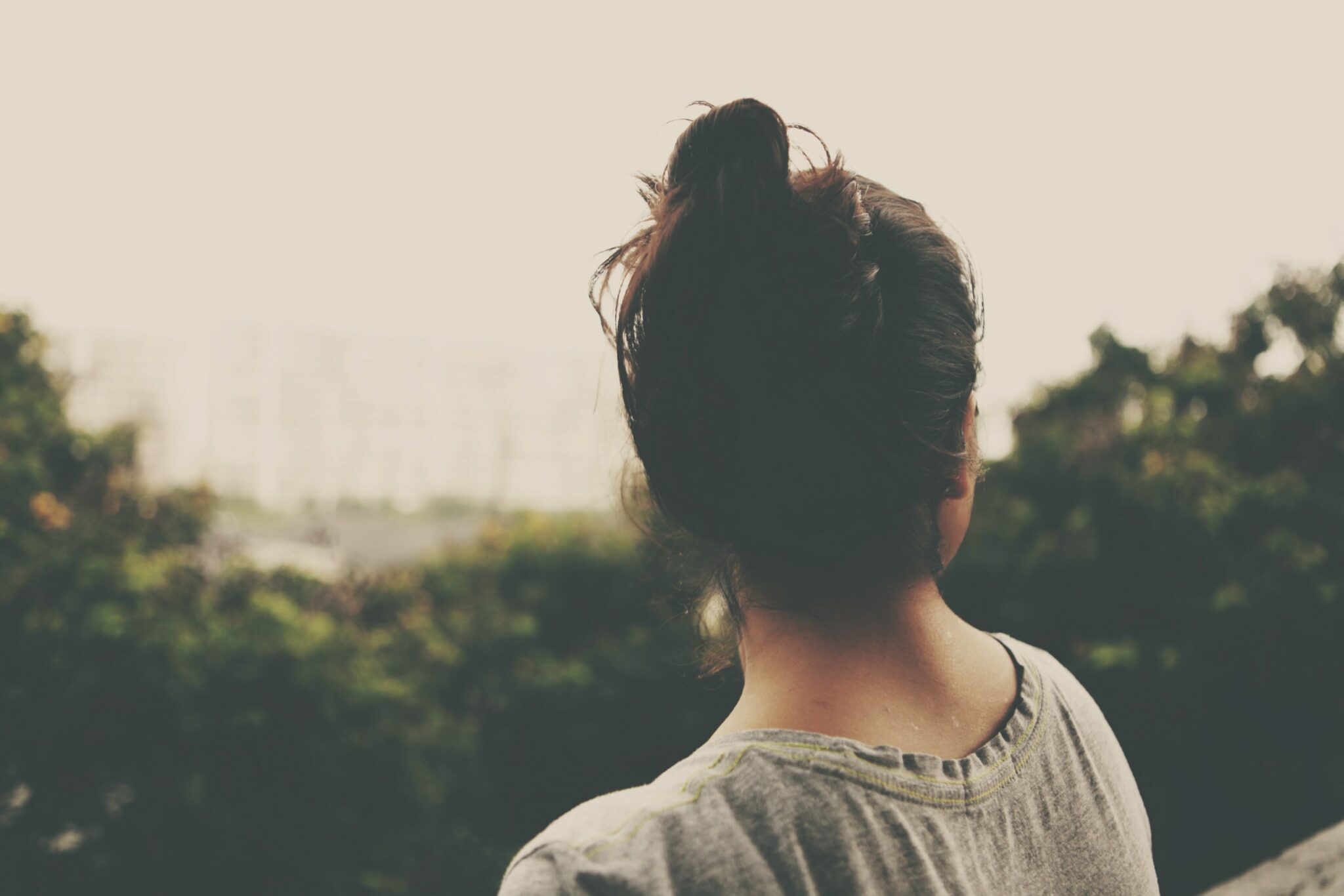 Photo by name_ gravity via Unsplash

Harvey Weinstein is challenging a recent conviction of three counts of rape and sexual assault in hopes of overturning it. If he is granted a new trial, survivors all over the world, as well as his own victims, will have to witness Weinstein at the bully pulpit once again. In addition, survivors of the ordeal will have to tell their painful, life-altering, humiliatingly true stories once again to a country and a culture that is not at all supportive of them.

I’ve experienced two sets of trauma in my life. The first was an act of violence, and the second involved telling people about that violence. My “coming forward” mirrored that of many survivors in a country that responds to sexual violence in an upside-down way, by interrogating the survivor and protecting the person who committed the crime. We can see this in all our systems: the way relatives and friends don’t believe survivors, or try to contain the information at the cost of helping the survivor heal, the way survivors are cross-examined after a crime, the way famous people publicly smear women who have come forward with accusations of rape, the manner in which society will do anything to avoid talking about sexual violence as violence, rather than as titillation or consensual sex.

Although the crimes I lived through were horrible, society’s reaction to them was equally distressing. Because shame had silenced me for 30 years after my first experience of sexual violence, I didn’t report it to law enforcement, or anyone for that matter, except a few close friends. However, the reactions of relatives after I did speak about this violence is still painful, with long-lasting repercussions, including PTSD. Rather than the compassion and support I required from them, much like the women who survived Weinstein’s sexual assaults, I received rejection, anger, and criticism. We need a complete overhaul of the way we care for survivors of violence in order for them to receive the treatment they need and so richly deserve.

Unfortunately, the violence I experienced years ago is still occurring. On the campus where I teach, students marched to protest a system that wants to help survivors but, because of policies, laws, and staff turnover, often harm these very same students instead. An oped by college student Amanda Wendler describes the process of reporting, “Little did I know that I was signing up for a seven-month long process that would retraumatize me over and over again and leave me feeling more broken than I already did. I was forced to relive my assault time and time again in front of apathetic, distant advisors, read through reports by my assaulter claiming that I was an attention-seeking liar and witness photos and videos of my assault.” Amber Heard describes similar backlash after she wrote publicly about the domestic violence she had experienced. In a letter to “silent sisters everywhere,” she stated, “No matter how terrible or terrifying surviving trauma may be, unfortunately it can pale in comparison to what follows.” Heard states, “It’s important for me to say that I never chose this…. I defended my truth and in doing so my life as  I knew it was destroyed. The vilification I have faced on social media is an amplified version of the ways in which women are re-victimised when they come forward.”

According to Siebel Newsom, one of Weinstein’s victims, “Throughout the trial, Weinstein’s lawyers used sexism, misogyny, and bullying tactics to intimidate, demean, and ridicule us survivors. This trial was a stark reminder that we as a society have work to do.” Taking these very public cases as a barometer for the country, it is no surprise that less than 40% of women who have experienced sexual assault or rape report.  Trauma is complicated by society’s response, and for the survivor, negative and hurtful reactions often become intrinsically attached to the violent crime itself—so much so that we feel newly traumatized when we are met with disbelief, accusations involving our own reaction to violence, or an unsympathetic ear.

According to psychologist Harry Reis, the most important element in any kind of relationship is the need to feel understood. Without this feeling, marriages, friendships, and relationships fall apart. So imagine as a survivor, walking around not feeling understood, in fact feeling rejected, about the most difficult, traumatizing event of your life. This is what it’s like during the coming out process regarding violence—over and over again we feel misunderstood and it’s hard to catch our breath.

It’s additionally traumatizing when people examine every aspect of our story under a microscope for flaws, doubt the survivor’s story, don’t acknowledge how difficult it must be to tell this story, make survivors explain their experience with violence over and over again. It’s agonizing and lonely for  survivors to be left waiting in a holding pattern for months to learn about next steps with no word or update, or forced to adjust their lives to avoid the person who raped them as opposed to protecting them from him. The way our culture responds to violence only makes survivors feel more victimized, more misunderstood, and less valued by a society that has already hurt them.

Society’s reactions can also add to the physical experience of trauma created by the initial act of violence. Sometimes the way people ask about violence, the frequency of their questions, and a gruff or dismissive air during questioning can cause survivors to experience PTSD. According to the Mayo Clinic, some symptoms of PTSD can involve severe emotional distress or physical reactions to anything that reminds you of the event. Survivors feel symptoms more readily when they have to defend themselves, tell their stories to somebody who isn’t compassionate or is accusatory, and relive the moment in front of an audience just as unsympathetic as the original attacker. It brings on the same feelings and bodily reactions as the rape or violence they initially endured. The amount of stress this causes a survivor can be all-consuming, isolating, agonizing, and destructive.

The process of reporting and talking about violence should be as painless as possible. It should be womb-like: Picture the way you’d scoop up a child who fell and scraped their leg, the way you’d comfort them, care for them.  You wouldn’t blame them. You wouldn’t scold them for being in the wrong place at the wrong time. You’d make sure they had everything they needed to heal.

Of course, grown women aren’t children on a jungle gym, and we can’t personally scoop each of them up, but we can build a culture that treats survivors of violence with this same kind of care. This means providing a structure to make sure survivors feel supported and heard, offering complete survivor-centered care (as outlined by the United Nations) that prioritizes womens’ rights, needs, and wishes, and empowering survivors with choices, such as restorative justice opportunities, with healing as our main goal. It means listening to survivors with our whole hearts and souls and validating how difficult the process of talking about violence must be for them. It means not telling survivors to feel any other way than how they feel, telling them, in fact, that it is understandable they feel this way given all they have been through. And it means protecting survivors from further trauma by providing support, accommodations, and care every step of the way.

As Amber Heard and Siebel Newsom both confirm, society has a long way to go when it comes to truly helping survivors heal from violence. Unfortunately, some violence might always be inevitable — but re-traumatizing its victims is not. 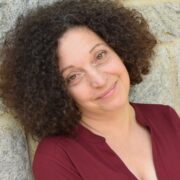 Christine Ristaino is a college Professor of Italian Studies at Emory University, as well as an Atlanta author whose memoir, All the Silent Spaces, has earned numerous book awards in the categories of Inspirational Memoir, Social Change, and Women’s Issues. Her book confronts the topics of discrimination and overcoming violence. In addition, Ristaino has published articles in the Guardian, Pacific Standard, the Washington Post, the Huffington Post, and the Atlanta Journal-Constitution on child advocacy, coping with violence, and diversity. Ristaino speaks and leads workshops on fostering social change, challenging and changing the paradigms around sexual assault, leadership through self-knowledge, women’s issues, and social justice. Ristaino is also an award-winning advisor and teacher.