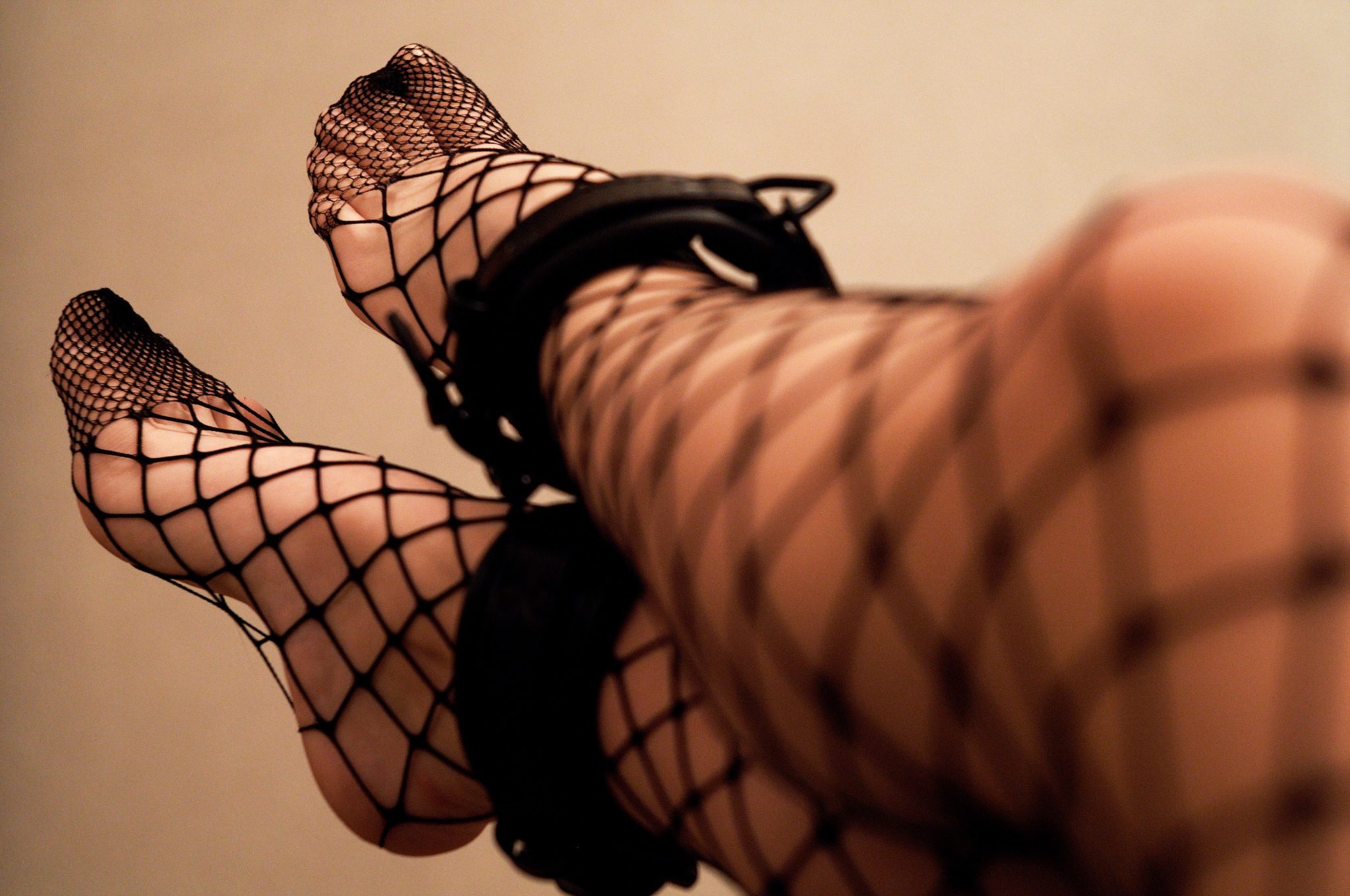 The Afghan People are not Political Props for the Left

If you were to view Tymber Dalton on any normal day, her life would look nothing but ordinary. Her husband makes her coffee when she wakes up, she spends the day writing her next book or helping at her local club. Her husband cooks for her in the evening and they watch a movie before separating for the night when he goes to bed and she goes back to writing.

From the outside, she lives a very typical, boring life. However, away from the eye of the public, she has a secret identity; Dalton lives a 24/7 BDSM life. Dalton explains it quite simply, “He takes care of me and the house and the animals, and I’m basically in charge” (6). Dalton is the dominant one in her marriage, both inside the bedroom as well as in day-to-day life. By taking charge, Dalton also becomes the person impacted if things go wrong, “Overall, however, I set the ‘rules’ and make the big calls. It also means I bear the responsibility for those calls” (1).

What this means, within the context of their marriage, is that her husband is her submissive, taking particular care of her and their household, whereas she gets to make the decisions and shoulder the burden for a lot of issues that arise. Her husband continuously acts in a submissive way that allows Dalton to retain power over him without causing him harm or causing her too much work. She specifically describes their relationship in such that her submissive husband does these tasks around the house and for her personally of his own free will. “We have a few rituals, like he makes my coffee for me every morning when I wake up, but this is what works best for us. I prefer he shows me his submission by doing what’s expected of him without me needing to remind him, or it having to be a huge production” (Dalton 1). These expectations and appropriate acts enable Dalton and her husband to lead lives that they both find fulfilling.

They spend time together, eat meals together, watch movies. However, there are instances where Dalton’s dominating side comes out in full force:

But there’s things like I sometimes have to ‘order’ my partner to let me pay for dinner, because if I don’t, he’d pay for everything. …. Or he insists on always meeting me at my car and carrying my things inside. Or if he’s picking me up to take me to his place for the weekend, he insists on carrying my things out to his car. Things like that. He cooks for me when I’m there. He defers to me about planning our activities. (4)

In many ways this could just be seen as being chivalrous. But there lies an underlying power dynamic that is not always apparent.

To start at the beginning, we will focus on the idea of recognition. Weeks argued that there are two moments within sexual citizenship: transgression and acceptance (41). This imparts the idea that there are two moments of recognizing your sexual identity. The first of these is transgression, in which an individual has the first deviant thought. The first thought that they might have desires that are outside of their current comfort zone. The second of these, acceptance, takes place when the individual begins to take part in the activity. To accomplish both tasks leads to a designation of identity towards the individual. For some people, this process is quick and all consuming, as is designated in Carlström’s study:

Another informant, Magnus, remarked: ‘There tends to be a dividing line between those who say they always knew, that even when you were a child and had no sexual experience, you knew. And I belong to that group’. For people with this attitude, the first meeting with a BDSM community is often associated with a feeling of ‘coming home’. To understand that there are others like yourself, or as Magnus put it: ‘to fall into each other’s arms, where there is finally someone who understands’. Many described the feeling as one where ‘everything falls into place’, where you are allowed to be yourself and express all parts and aspects of yourself (409).

The act of acceptance allows a measure of self-identity that one can use to feel included within the community.

Dalton postulates quite succulently how important it is that we each define our identities for ourselves, and do not depend on the identities of those around us, “As a society, we need to be able to accept people who and where they are, and realize that it’s not any kind of statement about ourselves if they are a certain way” (10). Dalton further goes on to express to us that it is important for couples and individuals to express their identity within the confines of their relationships, and not try to be someone you aren’t, “I don’t bottom to Hubby. We tried that after I discovered my bottomy side, and it ended badly. LOL Usually with me yanking whatever was in his hand out of his hand and saying, no, that’s not how you do it, let me show you“(5). Finally, and arguably most importantly, she gives us an excellent example as to the end result of positively identifying and expressing your identity when she shows us that she now lives a freer life, “In my case it’s a lifestyle choice. It’s who and how I am. Embracing that part of me openly means I can live authentically and so can my husband” (2).

One last important term to note has to do with the idea that identities are not fixed and, instead, are ever changing. It is important to realize that identities change and develop over time, as part of a constant construction, deconstruction, and reconstruction that individuals go through (Baldwin 174). Once groups have become self-defined, such as BDSM groups, it is impossible to designate the identities formed as fixed, as the community has the ability to reform current ideas or create new ones (Carlström 405). Deleuze and Guattari lead us even down the proverbial rabbit hole when they point out that all of life is ‘becoming’, whereas desire acts as a productive and creative force, consisting of constant change ([1987] 2012). This gives us good prose that our identities are an ever changing and expanding portion of ourselves, with which our sexuality is a distinctive portion. To assume ourselves as ‘fixed’, is to discount all the experiences and relationships we will take part in as time moves on. For Dalton, this expansion within her relationships revolved around the role she played with her partner:

Then, when I decided I wanted to experience bottoming to make me a better top, I talked to him about it, because we already had a relationship and trust bond. And that’s when we accidentally discovered how much I enjoyed bottoming on occasion. But also, that it helped with my chronic pain and anxiety when I did it, too. And we discovered a lot of emotional triggers from the past that I didn’t even realize I still had and were able to work through many of them in a safe way (12).

There’s so much more that could be expressed here concerning formations of identities, but the main point I want to make is that identities are ever changing, and are formed and reformed through a wide variety of relationships and experiences.

Not only a type of knowledge belonging to the realm of identity but also a commodity, forming part of the construction of selves and communities within consumption societies. Here, the establishment of diverse structures of selfhood representing various forms of sexual fantasy and desire holds a prominent place about individual citizen identity as an active sexual agent. (Langdridge 673)

Foucault discusses that an individual’s sexual proclivities are one of the main objects of identity that society attempts to control using bio-power. He further goes on to state how sexuality is a commodity of the self – an important and distinct aspect of the individual. He shows us that the individual is an active sexual agent, and must use that to fight back against society and their oppression. This is also expressed in Carlström, where she expresses that we only become ourselves through relationships and experiences, and that finding others like us allows us to become human. She further goes on to state that, jumping off Foucault’s concept of power, it is desire and wanting that makes it possible to create productiveness out of our relationships (407)

I’ve learned a lot about myself and negotiation, and how important trust and communication are. I’ve also learned to check myself. But also, that [bottoming] helped with my chronic pain and anxiety when I did it, too. And we discovered a lot of emotional triggers from the past that I didn’t even realize I still had and were able to work through many of them in a safe way (13).

Langdridge, D. 2006. “Voices from the Margins: SM and Sexual Citizenship.”

Weinberg,J.D.2016.Consensual Violence: Sex, Sport and the Politics of Injury. 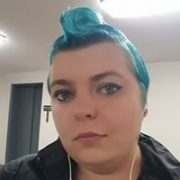