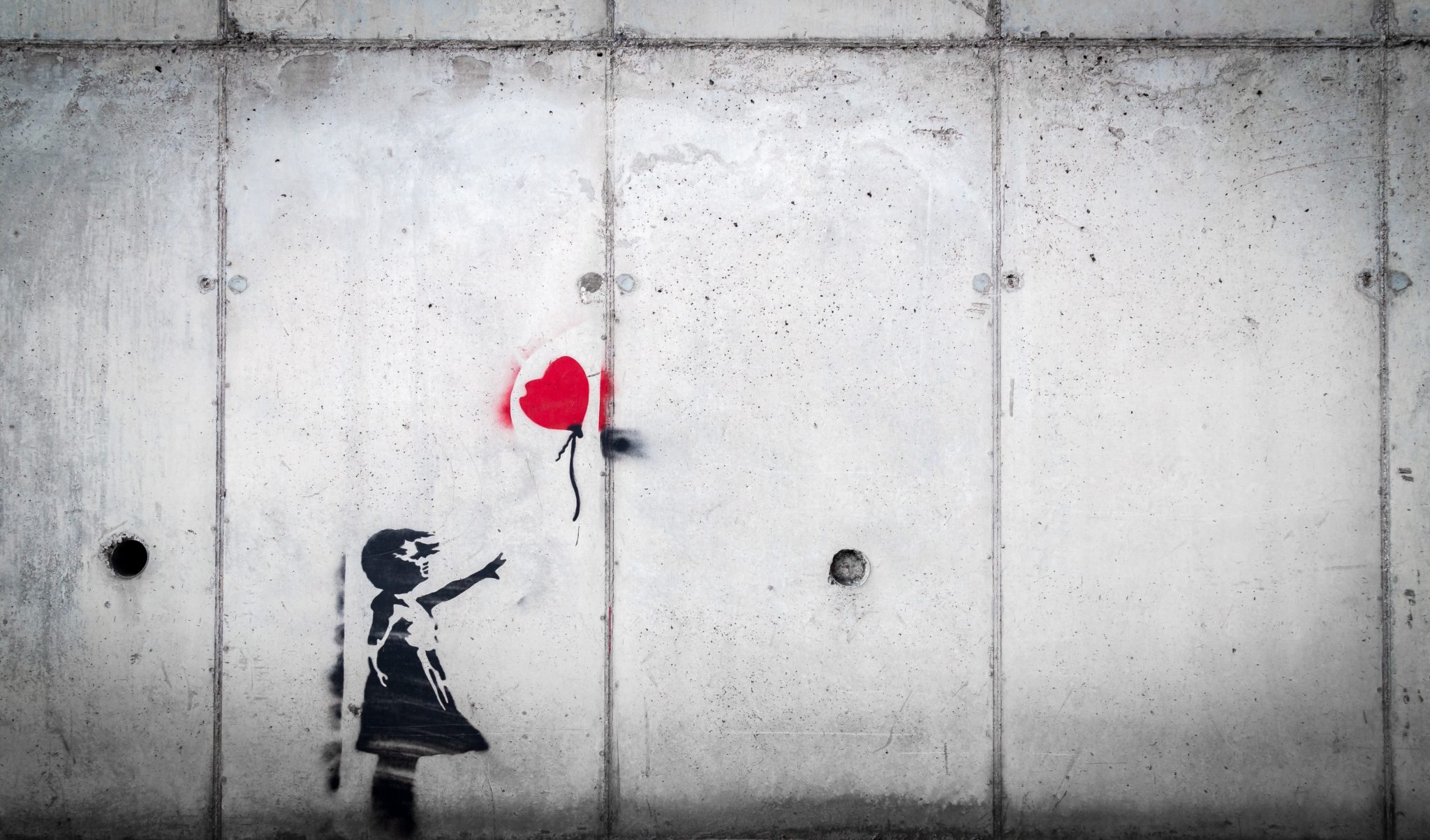 The Kübler-Ross Model, also known as the Five Stages of Grief, has long been used to guide people through the healing process after a traumatic event such as the death of a loved one or a painful divorce. As a transracial adoptee, I find the five stages also works well as a helpful guide to being adopted.

In The Trauma of Birth, the psychoanalyst Otto Rank described how the shock of being separated from the womb can have life-long repercussions. If the natural act of birth can be described as a trauma, then the subsequent act of being separated from one’s biological parents to become a member of a family of genetic strangers is trauma upon trauma. No matter how young the child, and how loving the new family, that early, fateful act of adoption reverberates throughout the adopted person’s life.

I was a happy child in pretty unusual circumstances. Adopted into a Caucasian family from Korea, we moved to Gaborone, Botswana when I was four, where I had a golden childhood. The only other eastern Asians I can recall were the family who ran the Chinese restaurant. Occasionally, my race became the subject of gaping wonder by the locals. I was troubled and upset when strangers pulled at their eyes at me, or kids practiced their karate moves, howling like Bruce Lee who, as the first truly international film star, was a big draw at the cinema. But it didn’t happen often. I lived in a world that was mostly black and white, and there were no distinctions made between them, even while apartheid ravaged Botswana’s southern neighbor. Aside from the rude interludes of Asian-baiting, race never intruded into my consciousness.

Then my family returned to the States. I was ten, and beginning to be more conscious of the coded and complex rituals of human interactions, of the social hierarchy and where I fit in. I became more sensitive to slights that came from strangers on the street, as had happened in Gaborone. But in America, these slights also came from my classmates, teachers, family friends, even distant relatives. Little slights, to be sure, but alienating and damaging. The message was I didn’t belong. The message was that adoption was unnatural. With the dawning realization that being adopted is both a burden and a blessing, my Denial stage was over.

Adolescence is a time of great physical and mental turmoil, but as an adoptee, that typical teen alienation extended even into the home and family, where no one looked as I did or seemed to understand what I was feeling. Not only was I alienated from society, but I could find no anchor in family identity, and most damaging, I was alienated from myself, hating the outer manifestation of me because it made me different. Identity issues erupted, and suddenly I was unsure that I was the person I thought was. What followed was a drip, drip, dripping away of self-confidence.

As the self-loathing built, so did the anger, which manifested itself in all manner of disruptive and defiant behavior. Truancy. Drugs. Drink. Petty crime. I solved the riddle of my identity with a middle finger. I was the bad seed, the defective product, the un-model minority. I wore my anger on my sleeve, and for a few years, that was all I had.

Emerging into young adulthood, I struggled to find my place in the world. Since everyone else seemed to see me as Asian, I decided to find my identity there. My senior year, I dropped Spanish for Mandarin. I gave up trying to make my eyes look bigger with eyeliner and instead emphasized their slant. I dyed my hair blue black and powdered my face white. Literature had always been my solace, refuge and filter on the world, so I turned to whoever Asian writers I could find, Maxine Hong Kingston, Yasunari Kawabata, Lu Xun, Amy Tan and Yukio Mishima, but in the eighties there wasn’t that much out there in the local bookstores and libraries. I never saw a book by a Korean author.

And I didn’t really have any guide. Even in America, I didn’t see many other people who looked like me. There were only a few Asians in my high school. American law had finally changed in 1965 to allow entrance to immigrants of color, but the wave of Asians had yet to reach my Maryland suburb. Real live people who resembled me were scarce. I had to make it up as I went along.

What was easily available, I appropriated as my own. Cloth slippers from China. An olive drab Mao cap. Chinese good luck coin earrings. I wasn’t going to try and hide my ethnicity so that my peers and associates would accept me as one of them, I was going to flaunt it, rub it in their faces, declare that I had my own identity, I didn’t need to borrow from theirs.

I wanted to make adoption the least important detail of my life. On the cusp of adulthood, I endeavored to become my own person. I began to look beyond my origins to the future, to my dreams, ambitions, and vision of the future.

Exhausted by my frenetic search for myself, I decided to end my perseveration about my adoption issues and just live life. It wasn’t depression per se, but more of a numbing of that part of me that quested to know who I was. Instead, I gave myself up to everyday life, taking those first baby-steps into adulthood. I earned a degree in English literature, engaged in romantic relationships, explored the world, entered the work force. I was getting through life day by day, following the trajectory of my life instead of forging it.

But this neglect of my own identity took a toll. I lost focus and drifted. I wanted to be a writer but I didn’t have the sense of self that allowed for a strong, confident authorial voice. My relationships suffered from my own sense of inadequacy, low self-confidence and internal conflict. I drifted…

The responsibilities of adulthood took over. The present took precedence. I was the working mother of two children, with a house, a dog, hobbies and friends. Life was busy, and I thought it was enough to enjoy the passing hallmarks of my life. I didn’t have the time or energy to devote to my ongoing struggle to come to terms with what it meant to be adopted.

And yet, I couldn’t put off the reckoning forever. If I wanted to pursue my dream of becoming a writer, I would first have to make peace with myself. I would have to confront that niggling feeling of unease, the dull throb of anger, the low self-esteem, and resolve my identity issues. If I wanted to be a better mother to my children, partner to my husband, daughter to my parents, and friend to others and myself, I needed to pay attention to that ache in my heart and tear in my soul that came with my abandonment at birth, my eternal outsider status, my constant feeling of vulnerability and of having to prove myself. I had to embrace both my ethnic heritage and my family upbringing, unite the two halves of me into a whole, and not a hole.

It was made easier by the fact that as I aged, my adoption was less important to others. They didn’t see me with my parents and siblings, and so didn’t know I was adopted. It was no longer the most interesting fact about me.

I learned that the best chance for happiness lies in turning the pain of adoption into something positive. For me, that happened by finally writing about it. Exploring my pain through words. Confessing things to myself on paper that I had never acknowledged before.

Acceptance does not mean that I am forever reconciled with the trauma of adoption, but that I understand there has been trauma, and the repercussions will always be present in my life. It is a part of who I am, to be embraced as tightly as my love of words, my strong belief in social justice, my dedication to my own little nuclear family.

With reconciliation came inspiration. I wrote a novel. My relationship with my husband improved. I felt more comfortable in my own skin. I knew I belonged in any room I walked into. I became a better mother. I found my own, strong voice. I wrote another novel, this time about adoption. I no longer craved acceptance, and instead of hoping people liked me, I worried about whether I liked them. My kids are fledgling adults. My adoption novel has been published. I am proud of who I have become. 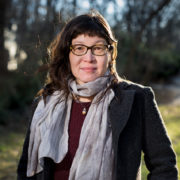 Alice Stephens’ debut novel, Famous Adopted People, was published in 2018 by Unnamed Press. Her work has appeared in LitHub, the Los Angeles Review of Books, The Margins, Banana Writers and other publications. She is a contributing editor to Bloom and writes book reviews and a column, Alice in Wordland, for the Washington Independent Review of Books.