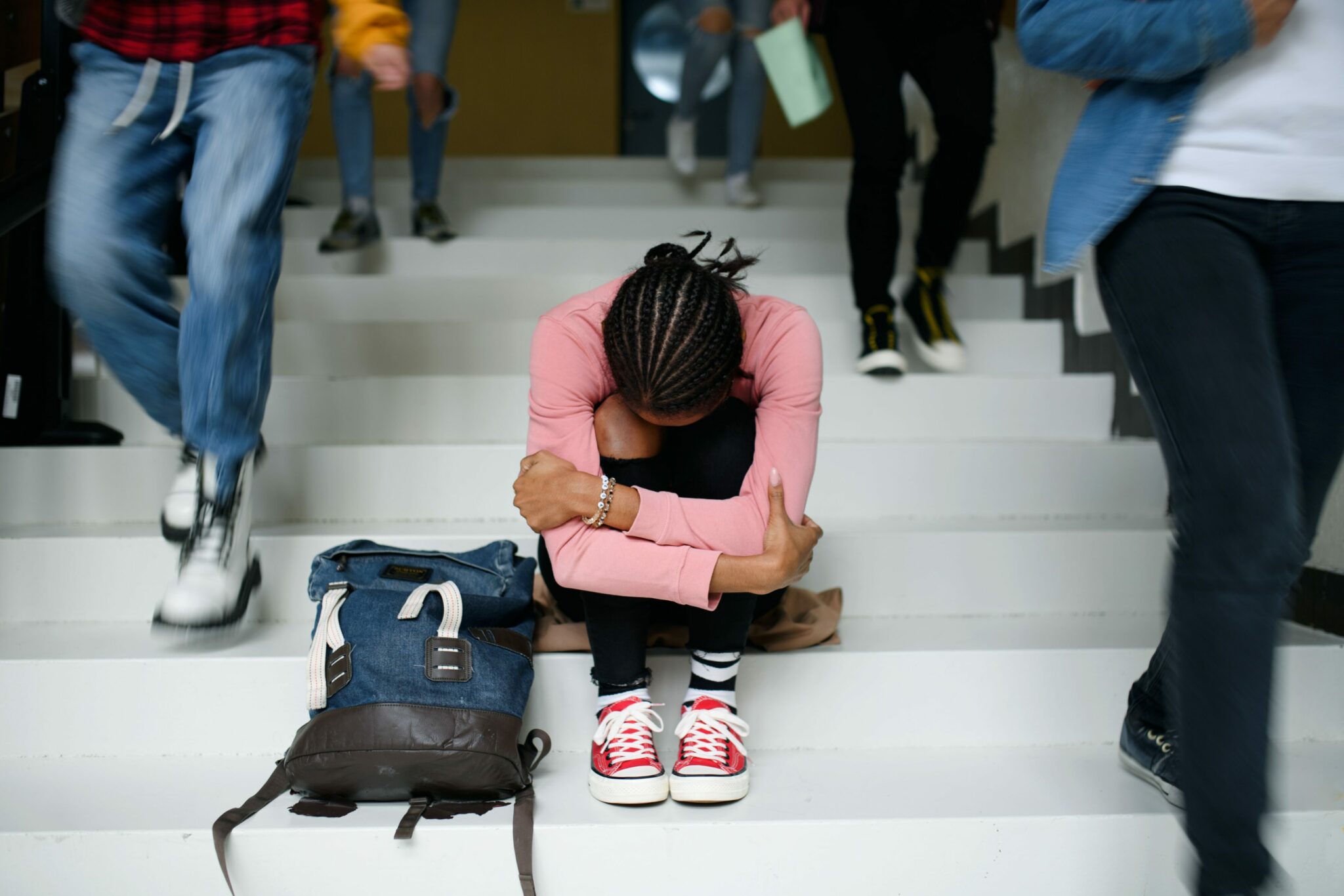 The United States sits in first place for highest incarceration rates in the world. There are more than 2 million people in prison; American institutions were built with that goal in mind.

The disparities between predominantly white and affluent schools and schools in inner-city communities of color are inordinate and alarming. In a country founded on racism and white supremacy, this does not come as a surprise, but at this point in time, it is imperative to deconstruct the iniquitous American education systems and dismantle them. School systems in low-income communities of color were built to mirror the U.S. criminal justice system and uphold inequitable policies, disciplinary actions and ideas, feeding vulnerable and underprivileged children into the legal system.

The typical disciplinary actions taken in most school districts are useless and unrewarding. While this is rarely harmful to well-off white communities, students attending school in marginalized neighborhoods will suffer severe consequences.

In Christine Bowditch’s Getting Rid of Troublemakers: High School Disciplinary Procedures and the Production of Dropouts, she observed tactics used at DuBois High School, (a pseudonym used in the study), an inner city and predominantly Black school. “DuBois frequently suspended a half dozen or more students each day; by the end of the year, more than a quarter of its students were suspended at least once, and many had multiple or serial suspensions,” she said. “Despite these facts, I did not encounter scenes of violence or chaos. Teachers did not complain of belligerence or open hostility; instead they talked about apathy, silliness, inattention, and poor attendance.”

It is riveting how similar these observations are to prisons and the justice system. It is already known that Black and brown people are more likely to end up in prison because of carefully formed institutional racism, but it is appalling how alike the treatment of prisoners and these Black and brown students are. Prisoners are not given the proper resources to remove themselves from the environmental/living conditions and decisions they make, and therefore become serial offenders and are placed back in the system over and over again. Similarly, these students do not have sufficiently funded school systems, the same supplies or mental health resources that upper-class, white school systems have, yet when they “act out” they are punished with no resources to utilize.

Victor M. Rios, author of Punished: Policing the Lives of Black and Latino Boys, identified even more disturbing findings in his research. He recounted a time when a Black student he was shadowing, Tyrell, was nearly arrested at school for talking back to the principal. Tyrell, along with all of his peers were unjustly punished every day. Over the course of three years, Rios “counted forty-two citations imposed” on Tyrell and his friend, José, for minor violations, he said.

José was arrested for the first time at school when he was only eight-years-old for setting a trashcan on fire. After being handcuffed and humiliated in front of his peers, there was no course of action taken to help José make better decisions in the future. Instead, he was treated so horribly by the administration, he felt othered and gave up hope for himself. This led to more mistakes and more unreasonable punishment. “School began to serve as a site of punishment and control, a space where teachers, police, probation officers, and administrators alike “just waited” for [me] “to fuck up,” he said.

Rios concluded that cruel maneuvers taken against the student body and the lack of resources contributed to the pipeline of failed education to the criminal justice system. “All the young men in this study believed that they were inherently criminal: their interactions with the world around them had led them to internalize a foreign concept, that criminality was part of their persona,” he said.

Looking at these students’ experiences in school from my perspective is chilling. I am a Black woman who grew up in Southlake, TX, one of the whitest and demographically affluent communities in the nation. Although I experienced racism and discrimination on a regular basis in K-12, I always had access to the resources I needed to be successful.

It is devastating that these children are so clearly being set up for failure, yet it is so deeply ingrained into society that it is difficult to make tangible change. Still, we must fight it. I believe that despite the fact that racism and white supremacy will always play a part in the persecution children of color will face, the appropriate schooling resources will help halt the school-to-prison pipeline.

Change will have to start with kindness and a sense of obligation to help others when you hold privilege over them. It is important to remember that most inner-city districts are gravely underfunded. Basic resources such as access to ample and up-to-date textbooks and other reading materials, three meals a day, mental health professionals on campus, the defunding of school resource officers, hiring a diverse and open-minded staff, etc., should be required and the bare minimum for all school systems.

The intolerant roots of this country run so deep that the flawed structures will not change anytime soon, unless we act now. The dismantling of this inequitable complex starts with the American education system.

Raven Rolle is a third year journalism/sociology student at the University of Kentucky. She is very passionate about social justice and hopes to make positive anti-racist change in any way possible.