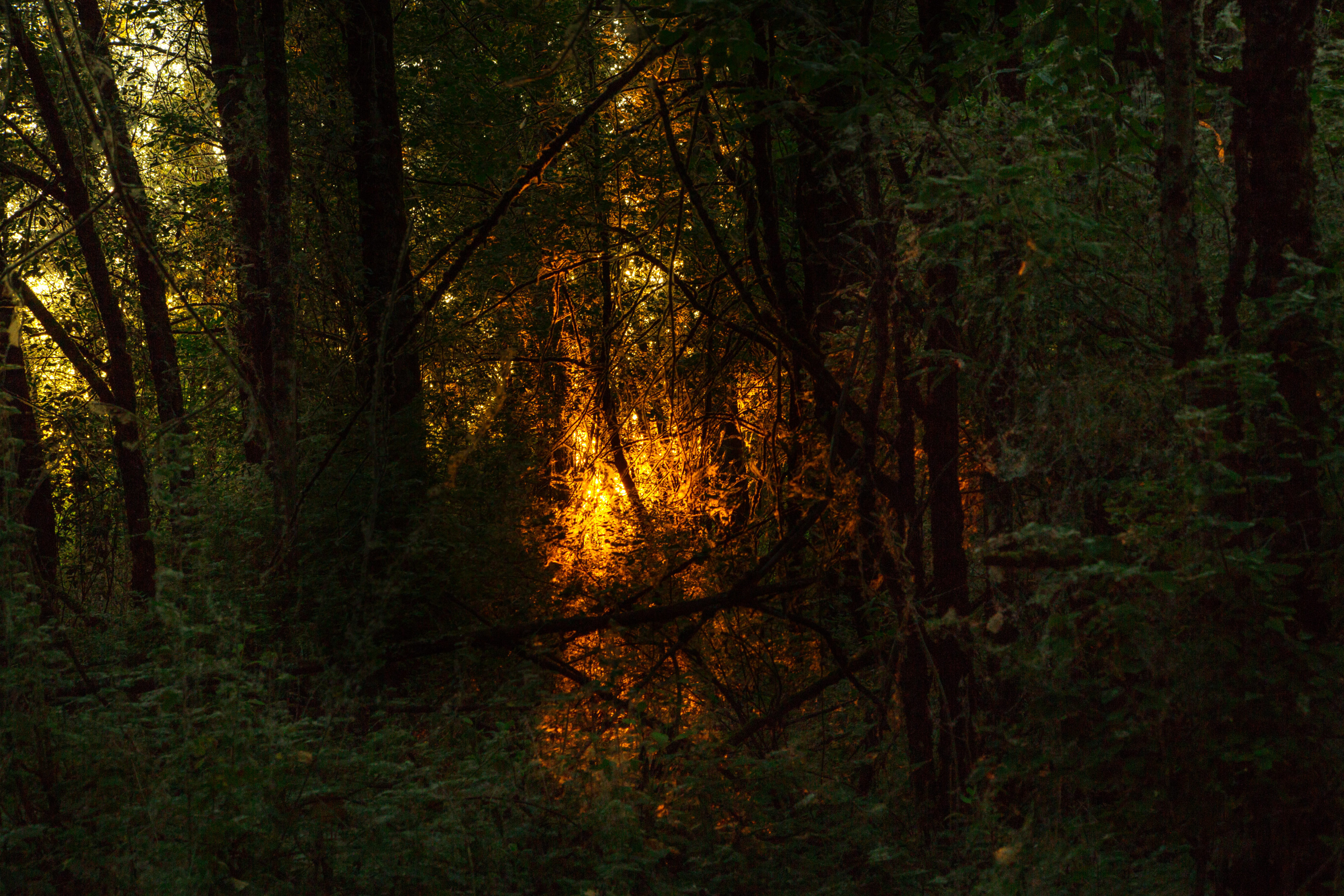 I was around eight years old, riding my bicycle on a street near our home in India. It was a quiet and uncrowded street and, a pleasant evening breeze brushed past my face as I cycled as hard as a joyous eight-year-old could. I loved cycling: the vigorous movement of various parts of my body gave me a joy that I couldn’t articulate, but nevertheless enjoyed every moment of.

I don’t remember the size of the pothole, but I went from cycling fast with a huge grin on my face, to lying face down on the street, my lips touching asphalt and the bicycle thrown all the way across the side of the road.

I got up quickly and ran towards the bike; I wanted to make sure it was okay, never mind me. As I stood up, I realized that my right knee was bleeding. It must’ve hit the ground real hard. I had a handkerchief in my pocket and used it to wipe the blood off. I didn’t want my parents to worry about me being hurt; plus, if they knew about it, I might have my bicycling privileges revoked for a while, something I couldn’t even think about.

But of course, when I went home, they could tell from the way I was walking that something wasn’t right. The next day, I was at the doctor’s office, who, from what I can recall, told me to just rest and completely avoid bicycling for what felt like eternity.

Over the following weeks, my knee healed and, much to my childlike delight, I was able to resume biking. There was a tiny reminder though, on the knee: an inch-long scar situated almost perfectly in the center of the top of the knee.

That was almost thirty-five years ago. I think about how things have changed since then. Of course, nothing is permanent – our bodies age, our personalities change, our interests and hobbies evolve – but there are times when it may seem like we’re stuck in a loop that we don’t to be in, a cycle that we seemingly can’t get out of.

About eighteen years ago, I was in a car accident where a guy ran a stop sign at forty-five mph and totaled my car. The paramedics who came to the scene were surprised that I was still alive, given how close the other driver had come to directly hitting me. That October evening was the start of my cycle, a cycle – unlike the one I used to ride as a child – I often found myself stuck in, with myriad health symptoms ranging from dizziness and food allergies to migraines and muscle aches.

I tried to live a ‘normal’ life, working, and partaking in my hobbies, trying my best to not let the symptoms interfere with my daily activities. But over time, my mind started to go into hypervigilance territory, where it tried to protect me from running into triggers, that, prior to the accident, I wouldn’t even have thought of as triggers. Bumping my knee into a table? Pre-accident, within an hour, I’d forget that it even happened. Post-accident, it launched a worry cycle: How long will this last? Why did I have to be so clumsy? What sort of treatment do I need? Should I make an appointment with the physical therapist?

My mind would tell my body to stay extra safe, just in case: stay away from that bumpy trail; don’t pick up that heavy-looking box; don’t stretch your hand that far out. The more I got into that overprotective territory, the more vulnerable my body seemed to become: I’d look sideways for a few seconds too long and my neck would hurt for hours. I’d sit on a lopsided bench and my back would ache for the rest of the day. The more my body did what the mind told it to, the more those moments of overprotectiveness morphed into habits, building up to a cycle that I never wanted to be a part of.

Over the course of years, I started to doubt what I was capable of and whether I could heal completely. Last year, I walked almost two-thousand three-hundred miles, yet I still felt fearful about things like jumping off the curb, something that I loved to do, prior to the accident. I started to believe that this is how it’s going to be, that aches and pains would come and go and be a part of my life. Some days might be unbearable and others might be mild, but my mind, lacking belief in my ability to get out of this cycle, got conditioned to accept this as the new normal.

A few weeks ago, I was having tea on the couch, after a long January day at work. I was tired from working and being in pain for days at a stretch. My right knee had been hurting for over twenty months, when I bumped it into a rod in the garage. When that had happened, I thought that a week of ice packs and gentle stretches would heal it. I guess things took a different course than I thought.

I brushed my hand over the knee, trying to soothe it and get some blood circulation going. It was then that my fingers felt the soft presence of that scar. Curious, I looked at it closer; it was the same size, in the same position and almost the same texture as when I was eight. There were a few beautiful wrinkles starting to scribble themselves over it, but other than that, it was like I was looking at my eight-year-old self.

I tried to recollect that evening when I had fallen down from my bike, and the first thought that came to mind was my attitude towards the whole incident: I was worried more about the bike than my knee. Sure, I was eight and you wouldn’t expect an eight-year-old to know that he ought to be careful with his body, but even in the weeks following that evening, I don’t recall worrying about the knee. I just moved on, pain or not.

And then the memories started flowing: that time when the train I was on with my parents, derailed and fell off the tracks, as we scrambled our way out of it, feeling nothing but gratitude for the fact that we were still alive; that time when I was around twelve and was in a communal playground with a swimming pool and we were told by the sports instructor to run towards the pool – which was empty – jump into it, climb up and keeping running and how I jumped into it and landed face down on concrete and broke my tooth, because I was pushed by the guy behind me; how, while in undergrad, I went rafting in the Ganga river with my friends and the raft hit a rock and every one of the six people on the raft – including the tour guide – fell into the river, except me, who kept on hanging on until I somehow managed to get it to the shore; how I almost got electrocuted when I was parasailing and got within a few feet of electric poles because the driver of the vehicle towing the parachute wasn’t paying attention to where I was going.

All those incidents had one common thread: I had been through the tunnel of adversity – like we all do in our own different ways and circumstances – and had walked out of it. This didn’t imply that it was all easy and problem-free; it was challenging and there was a huge element of grace and luck that kept me safe and healthy, but there was also something else – something I couldn’t quite label – that was like the lantern guiding me through that tunnel, keeping fear, self-doubt and worry at bay.

Sometimes, I now find myself worrying about how long the pain from stepping over a tiny stone might last. Where’s the previous version of myself that would’ve treated it as a funny incident and would’ve told it to friends as a joke about how clumsy I was?

As I kept gazing at the scar on the knee, it occurred to me that even though a lot had changed in those thirty-five years, there was one thing that had stayed the same: there was an unopened gift sitting quietly in the basement of my mind, hidden underneath the rubble of doubt and fear: it was a belief that my body and mind knew how to heal themselves, that they would speak up if they needed resources; what I had to do was listen to them, believe in them and give them the help they need.

I realized that I fell down that evening for a reason; it wasn’t just me being clumsy and not noticing the pothole. The gift had a price tag on it: the scar, a tag that I would revisit decades later and lean upon as a source of healing, a lamp in the dark, reminding me of my true self, of the strength and compassion that lies in my mind and body – in fact, in all our minds and bodies. It was my responsibility to remember that gift and let it blossom – especially in moments of doubt – knowing that it would reunite me with that resilient strong self that I forgot I used to be, and can still be. It was a scar, but also a star.

This doesn’t mean that I ought to completely stop seeing all healthcare providers and start climbing rocks and leaping down from ladders, or that it solves all problems right away. I have to treat myself compassionately and kindly, and listen to my mind and body and always respect their boundaries and desires.

What the light of that gift does though, is, it guides me through the tunnel in a kind and safe manner, as opposed to stumbling frustratingly through the unknown darkness. And I have to do my part too: I need to tidy up the worry pile and keep that lamp lit and continue to trust my true self – which has been with me since I was born – and, in moments of darkness, remind myself that while a lot of things do change, our core essence is always with us, a faithful lover forever walking with us along the trail of life, holding our hands and soothing our knees. 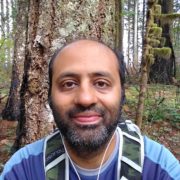 Kunal Mehra is a multimedia artist who likes photography, filmmaking, writing and hiking. He grew up in India and has been living in Portland, OR, since 2002. His writing has been published by the Press Pause Press, Active Muse and Fleas on the Dog magazine, amongst others.