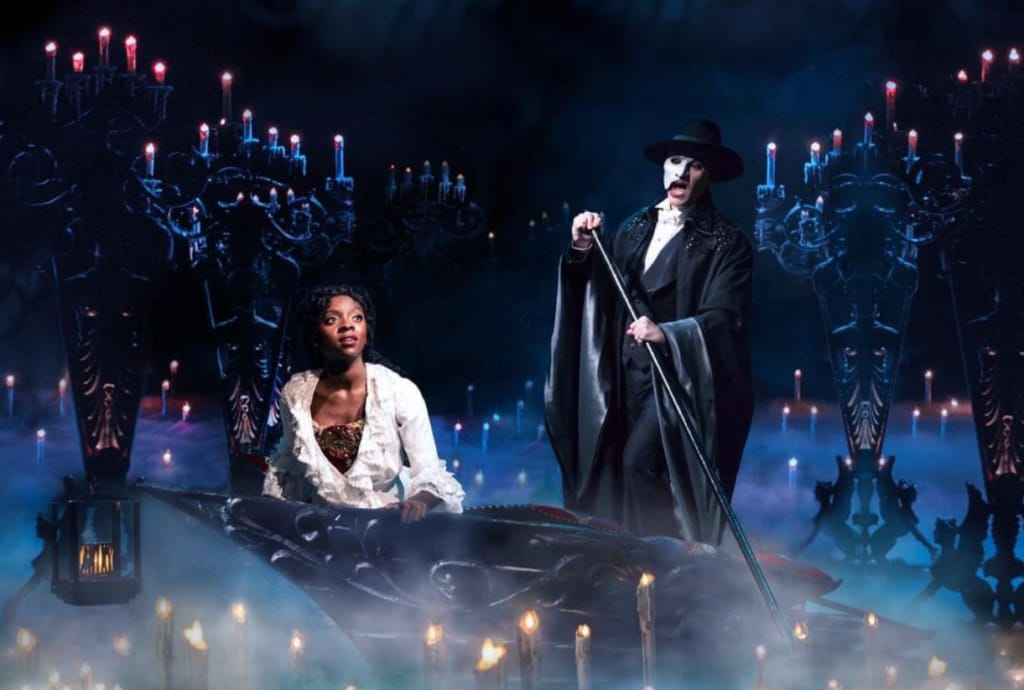 Relating to Black Entertainment, there is perhaps no better way to conclude 2022’s commemoration of Black History Month than to celebrate the advancement of Black women in Broadway theater.  On January 26, 2022, The Phantom of the Opera, Broadway’s longest running show with 34 years of production, featured Emilie Kouatchou cast as the first Black soprano in the star role of Christine Daaé.  Less than three weeks later, Wicked the Musical, Broadway’s fifth longest running show with nearly 20 years of production, headlined Brittney Johnson cast as the first Black vocalist to perform Glinda the Good on February 14, 2022.

The Phantom of the Opera is a story of unrequited love between a young protégé, Christine, and the musical genius who mentors her, the Phantom, who has been loathed since birth for facial deformities.  Wicked recounts the untold friendship between Glinda the Good, who is popular due to her beauty and agreeableness, and Elphaba, who is unfairly demonized by society as the Wicked Witch due to her green visage and moral convictions.  Both productions warn of judging others’ worthiness based on meaningless appearances.  Yet, both productions took multiple decades to accept the faces of Black women as their stars.

As a Black child growing up in predominately white schools and spaces, I never thought about how infrequently the faces on stage held any resemblance to my own, just as I never realized how accustomed I had grown to never seeing myself in the faces of my classmates or teachers. Today, as a physician activist and Yale faculty specializing in antiracism and de-policing healthcare, my proud Black face with long, flowing locs represents less than 2% of American academic medical faculty.

Imagine my joy when I read these two headlines!  Excitedly, I scrolled down the webpage to view the fully costumed images of these two amazing vocalists…

I was immediately ashamed.  My competency is doubted as a Black doctor daily, including from some Black patients. “But that’s not what HE said,” I hear, as they reference the white male doctor before me. What taught them that the faces of excellent doctors don’t look like theirs?  What influenced my hesitation upon finally seeing faces of leading Broadway ladies that looked like mine?Role modeling antiracism in professional spaces also demands the vulnerability to role model times when society’s never-ending messages of white normativity have been incorporated into our own beliefs as Black women, called internalized racism.  The first step to undoing internalized racism is knowing the origin and types of lies we have been told about ourselves.

We, the people of the United States of America, have all been insidiously yet constantly taught to uplift whiteness, regardless of race or ethnicity.  Consider the debacle of white Americans using their privilege and power to legislate the portrayal of American History in school.  These white-authored versions of American History exclusively highlight the “patriotic” and colorblind renditions of “the land of the free” where “all men were created equal.”  This narrative favoring whiteness forcibly omits the histories of the Native Americans whose lands were plundered or the enslaved Africans whose labor was paid in blood.

So, why do people of color sometimes doubt our own brilliance? Because we’ve been indoctrinated to favor the talent of others, even if its equivalent or frankly inferior.

There will certainly be critics and excuses hindering Black women as we infiltrate historically white leading roles.  For example, some will predictably point out that The Phantom of the Opera takes place in France, and Christine Daaé is from Sweden.  Thus, she is reasonably a white woman.   Yet, fidelity to a character’s race or country of origin does not stop white actors from seizing parts intended for characters of color all the time, including Broadway productions often using blackface and theater makeup to look less white.  Black excellence does not seek to distort our appearance to mimic whiteness.  Rather, we approach these roles in our authentic beauty.  Dominant society tells us to wait our turns, but Black excellence cannot simply await the limited roles intended for Black talent – like The Lion King, Hamilton, or The Color Purple.  And, who defines the faces deemed valuable in the fictional land of Oz, anyways?

Glinda and Christine look exactly as they should, at last.

To Brittney Johnson and Emilie Kouatchou, our sisters on the stage – thank you for your immense talents and courage to excel in Broadway roles that were not written with Black talent in mind.  Because of your greatness, we have the opportunity redefine the norms of Broadway leading ladies. This Black History Month, we uplift your beautiful Black faces as you step into the spotlight of leading Broadway spaces. 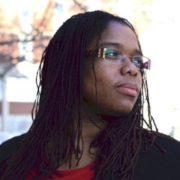