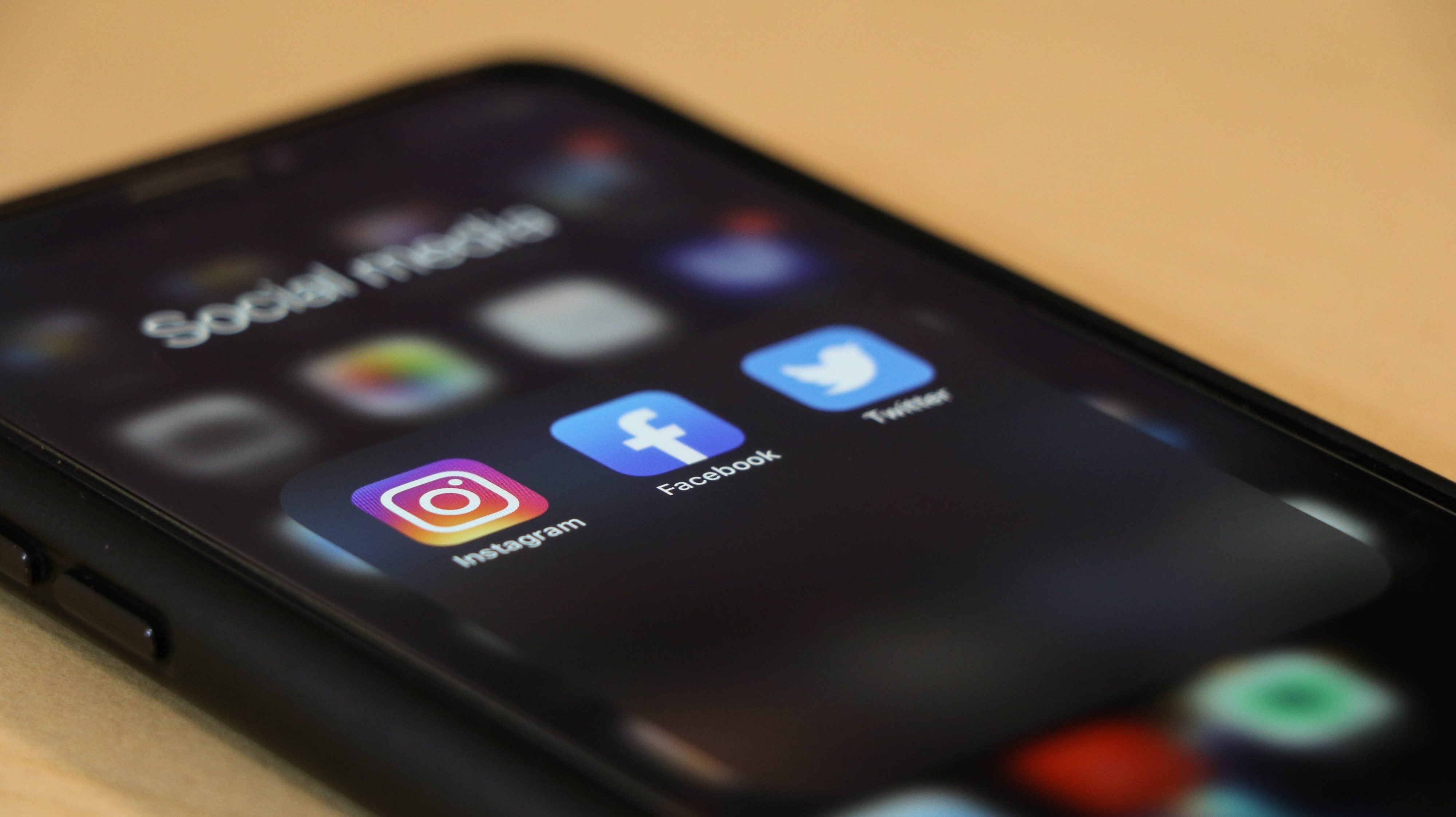 I used to think of my brain as a courtroom. It existed in the center of all of my head’s inner workings: always whirring. The room was empty, aside from an all-powerful judge seated and poised in the center, a gavel at the ready. The evidence would be brought in: a piece of fruit in the morning, no snack, a salad of iceberg lettuce and a piece of chicken, and some form of protein and vegetables for dinner. Desert was out of the question. Then, the deliberation would begin: Was the size of the piece of chicken slightly bigger than my fist? Had I really considered getting a zero-sugar bubble tea after two particularly grueling hours of swim practice? Had I avoided retribution and consumed no complex carbohydrates? Was there any way at all I had slipped in adhering to my carefully formulated and meticulously followed plan? I lay awake at night, my stomach growling, the kitchen only a dozen steps away. I could almost taste the banana I had eyed resting on the counter after dinner. But with that desire came a different taste: guilt, regret. The Judge would declare no breakfast in the morning if I were to succumb. Remember the ultimate goal, I reminded myself, to be skinny.

It was late 2016 when I took my first mirror picture and noticed that my thighs didn’t have a substantial gap like most of the celebrities I followed on Instagram. I was twelve and was not in any way an overweight teenager, but I latched onto this observation and rode it down a path that was much more treacherous than I imagined.

I took action immediately, enrolling myself in a competitive swim team that practiced seven days a week for two hours a day. If I believed that if I worked hard enough and wanted it enough, I could have any body I wanted. But my things toned, they didn’t shrink. So I resorted to another method in tandem, controlling my food intake. For nearly three years I dieted and restricted, losing the precious intuitive eater within me and replacing her with what my research on social media and the internet told me I had to eat to be desirable, worthy, and happy.

Western culture then established the desired body standard for women across the world using media as the delivery mechanism. In many parts of the world, having a larger body was considered beautiful before the introduction of the media. Take Fiji, Viti Levu, for an example. According to a New York Times article, with the arrival of television on the island during the final years of the 20th century, body standards completely changed. A traditional compliment used to be “you’ve gained weight,” writes NYT reporter Erica Goode, but with the introduction of television and Western reality TV shows, “girls who said they watched television three or more nights a week in the 1998 survey were 50 percent more likely to describe themselves as ‘too big or fat’ and 30 percent more likely to diet than girls who watched television less frequently.” This was a study completed in the nineties which only researched the effect of television on impressionable, young, female brains.

Social media has taken this effect to a new level. Victoria’s Secret models strut their stuff in videos all over Instagram while their measurements and weights circulate somewhere on the internet ripe for damaging comparisons. Celebrities and influencers flock to social media to divulge their workout plans and share “What I Eat in a Day” videos. If a user swipes right on an Instagram post on the Discover page to reveal a second image, it will almost always be an ad for a workout program to achieve a slimmer waist or a larger butt. If a user were to search “weight loss foods” on the app, Instagram would remember this and advertise weight-loss products and recommend more pictures similar to the one searched. It is designed to perpetuate and exacerbate unhealthy habits. TikTok omits people who have an “abnormal body shape” and “ugly facial looks” from the “For You” page as judged by their algorithm. Pinterest is another media source replete with images of skinny girls in cutesy Brandy Melville outfits, a store that only carries sizes 0-2 with waist measurements ranging from 24 inches to 25 inches (even though the average waist of an American teenage girl is 32.6 inches).

Society tells us that we’re not thin enough, too thin, not curvy enough, and just not enough through social media. A person loses all sense of rationality, willing to achieve that body, and happiness, at any cost. Because there is so much information on the internet that should supposedly guide us to look like anything we want to, purposefully overlooking the fact that every body is different because of genetics and other factors if we don’t look this way the problem is us. What they don’t want a potential customer to see is the hours with a personal trainer they spend, their carefully and professionally planned meals, potentially many rounds of plastic surgery, how they edited their photo, and the other pictures that never made it onto social media before they found the right pose. No one can love themselves, at least not fully, until they have achieved this virtually unattainable goal. The 71 billion-dollar diet industry manufacturing detox and laxative teas, diet pills, low-calorie shakes, and meal replacement options is the only industry in the world that is destined to fail (as 80-95% of dieters eventually gain back the weight they’ve worked so hard to lose) and then places the blame on the customer, asserting that if they wanted it enough and if they are self-disciplined enough, it would have worked. And so continues the endless cycle of the desperate clinging to the latest life-changing product, restriction, and, self-hate.

“Flattening the curve? More like fattening my curves,” tweeted television host Amber Ruffin on March 18, 2020. This was the beginning of the pandemic and the onslaught of goals quarantiners could set for themselves: learn how to bake bread, play piano, become proficient in a new language, write a book, and so on. We became a predominantly sedentary species for the majority of those months and food became a comfort source or a welcome break in a monotonous, Zoom-filled day. We all looked at ourselves more on cameras and maybe we began to notice things we never paid attention to before. TikTok and Instagram, chock-full of harmful, underlying messages turned into a breeding ground for diminished self-worth. “Tested positive for having a fat ass,” wrote another Twitter user. “Quarantine 15 is the new freshman 15,” lamented a third. We are enduring a deadly pandemic, yet people are worrying about how they look.

As women, we must ask ourselves: Why must we be our smallest, weakest form to gain respect or feel beautiful? As Christy Harrison explains in her book, “Anti-Diet,” inventing diet culture was a patriarchal tactic to silence and distract women when we began to demand political power. It was a strategy deployed to keep us small and insignificant. Harrison refers to diet culture with an especially potent nickname: “the life stealer.”

Diet culture is designed to profit off of our deepest insecurities and self-hate while promoting a patriarchal ideal that all women remain tiny for aesthetics, but also for the sake of maintaining their power in society. If one is losing weight for themselves or for medical reasons, more power to them. But for those who constantly have this voice in the back of their head saying If I just lost twenty pounds… because they feel as though it will make them more likable, more worthy, and more accepted, attempt to reject these thoughts by recognizing that social media is the facilitator of these harmful beliefs and feeds off of these comparisons. The only diet we truly need is one from social media. 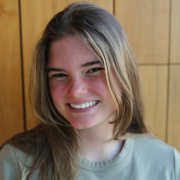 Ava Andrews is a current eleventh grader attending Grace Church School in Downtown NYC. She has recently been awarded a Scholastic National Silver Key in Journalism, is the Editor-in-Chief of Blue Bean Magazine, and is an editor and contributor for The Highly Indy Project.