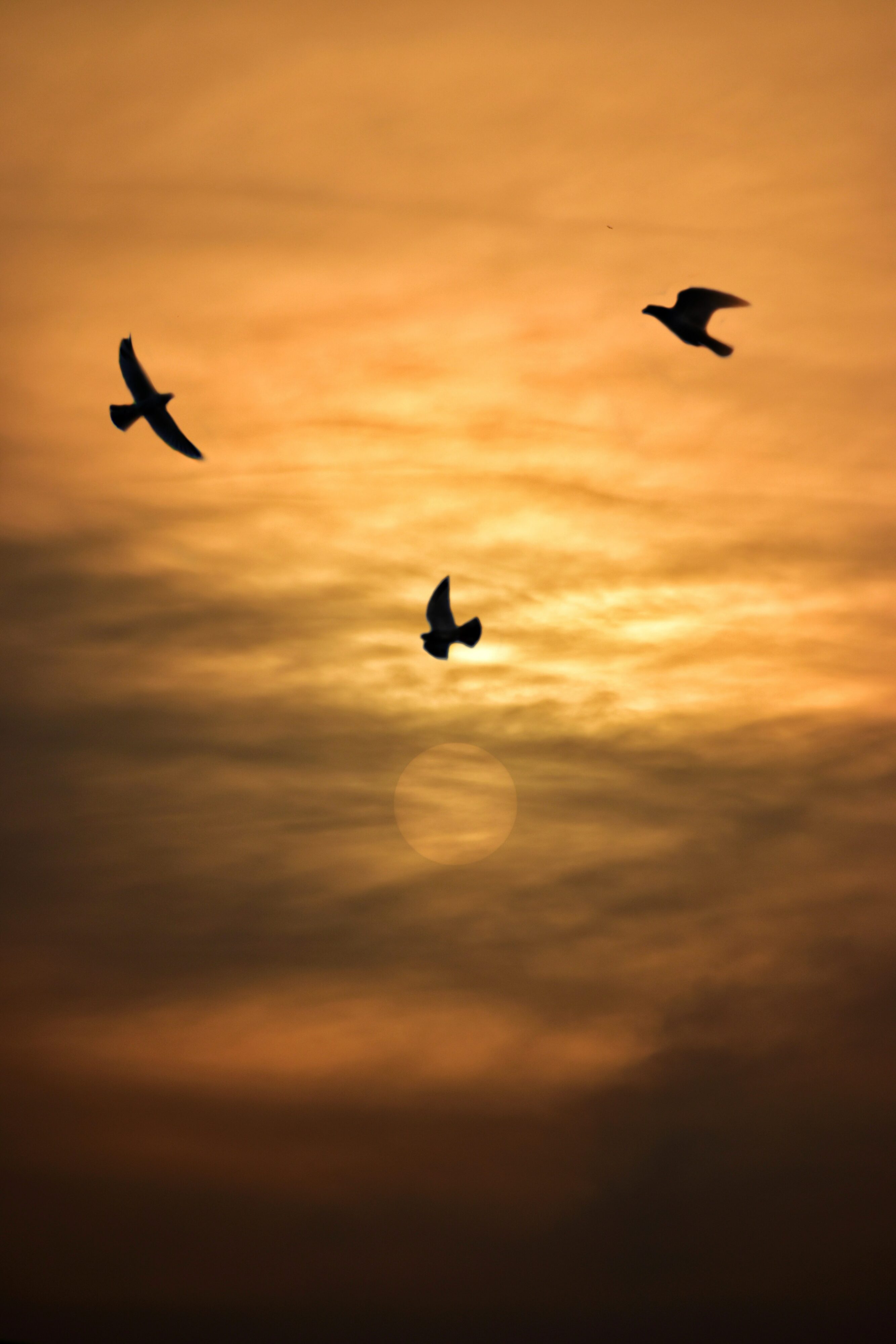 In an over-compensatory attempt to unlearn a lifetime of people-pleasing, I have focused so much on not being all things to all people. In the meantime, in some fundamental ways, I have continued to center the comfort of my family of origin, my ex-husband, and my kids – all of whom I have largely related to with significant doses of fear (of rocking the boat, of disruption, of discord and disconnect) while neglecting to fully care for and prioritize the feelings of the person I have chosen to spend my life with: my spouse.

This has played out over a decade through circular conversations that have led them to shut down out of hurt, anger, and feeling unmet emotionally and have allowed me to keep functioning in ways where I have been more concerned about keeping the peace than about my spouse’s emotional needs. They have expressed, time and again, that it is uncomfortable for them that my ex is still a big part of my family of origin, especially when there are gatherings where we are all present.

I have, at times, agreed to limit where we overlap – only to “cave” and essentially ignore their feelings because of my own fears of upsetting people. The irony is so obvious it’s almost embarrassing, but I suppose that’s often how it is with personal growth. We go around thinking we’ve learned so much about ourselves, made such strides, only to look up one day and realize we have been continuously hurting the person whose feelings should be paramount when it comes to decision-making.

It’s not that I want to bring people-pleasing behaviors to my marriage. It’s that I need – and want – to address where these tendencies are still driving my life, to the detriment of my relationship. Would my spouse leave me if I failed to address this in myself and in our lives? No. They say there are enough other redeeming factors that they would not.

However, hearing the pain they experience, hearing that they feel they must literally shut off a part of themselves every time they hear I’ve gone back on something I promised them – that I would honor their discomfort by having firmer, clearer, and more consistent boundaries (around birthday dinners, say) – was a wake-up call. Not only that I need to center them differently, but that I need to start really tending to the part of me that has insistently, decidedly NOT been willing to follow through with that.

How much of my life am I living on autopilot? Creating stories in my head that make me feel better about things that in fact have a strong undercurrent of tension, taking what is really my spouse giving up as a gesture that they no longer feel as strongly about something that I *know* upsets them?

I just saw a quote on Facebook that read: “Over-responsibility is a trauma response. You are not responsible for everyone and everything. Give yourself permission to lay down what doesn’t belong to you.” And while yes, there is truth to this statement and yes, I relate to it in deeply personal ways, it is an oversimplification (as is all social-media-based pontificating about things as complex as trauma).

I have poured so much energy and attention into unlearning my over-responsible ways, that it’s not only possible but clear that I have also swung my emotional pendulum too far to the opposite end, thus failing to take responsibility where it is warranted and loving to do so.

When my ex-husband and I were first together, I remember saying “I wanted it all.” I was young – in my early 20s – and had not even begun to recognize much less wrestle with the ways I was replicating my parents’ values. I wanted a house, a career, a family, a husband who provided for me, independence, material security and comfort. His mother warned him, in so many words, that I was a JAP. I was deeply offended, though in retrospect, she wasn’t entirely wrong.

Wanting it all is one thing; entitlement is wholly another. I projected a great deal onto my ex; I wanted him to be things he wasn’t, which turned out to be a convenient way for me not to confront myself. Our splitting up came as a shock, as we seemed so compatible, and on one level, we were. But there was a fault line running beneath our lives, and once the first card fell, the rest of the house didn’t take long to follow.

Rather than letting go in ways that would have been healthier, I thought I could keep “having it all.” I wanted to be out, I wanted to be free, I wanted to give my whole heart to the person whose love felt easy and deep and true, and I wanted to keep being amicable co-parents and yes, even friends. I lugged my blind spots behind me like Linus with his blanket, some very young part of me who was afraid of her parents getting divorced telling me my mother must have been right – putting myself “first” was selfish and harmful.

But what no one helped me see – what I did not see, perhaps willfully – was that I was causing new harm by not letting there be a clean break between me and my kids’ father. There was too much history, and now hurt, between us for there to really be a neutral new territory. In an era of so-called “conscious uncoupling,” I had no models or support for navigating this transition, and I defaulted to my oldest and most familiar ways. I swung wildly between two poles: feeling overly responsible for everyone else’s happiness and abnegating any responsibility for anyone else’s happiness. Obviously, neither is healthy or sustainable.

All the while, my own center wasn’t holding. It was hard, and still is sometimes, to home in on my own needs, desires, and even feelings. My spouse tolerated the veneer of niceness. But there were moments. Like when they saw us make eye contact across the on my daughter’s 12th birthday, the kind that said, “We did good.” Or when my parents planned a trip to Puerto Rico in 2013 for their 50th anniversary and my ex offered to “step back” if I wanted to go with my new spouse and the kids. Instead of beginning new ways of relating right then and there, I said it was ok for him to come. We all went. It was not ok. It was suffocating and painful. My spouse felt invisible, undefended, and hurt. If there was an elephant in the room, it was my lack of boundaries.

I set that precedent early on, and it follows me because I let it. It’s easy to look back and wish I’d made certain decisions differently. If only I had, I think, things would be easier today. But that’s not how this life thing works, is it? The wiser part of me knows that now is always the best time to begin. The resistant part of me hasn’t received the memo and would just as soon put its head in the sand. But at what expense?

Even as my own emotions about my divorce receded, these moments have continued to reverberate and we have kept finding ourselves on the same merry-go-round ride. The more bare-bones truth is that I haven’t backed my apologies with changes in my actions, such as being clearer and more consistent about what does and doesn’t work for me when it comes to family gatherings. For things like moving my daughter into college or her first family weekend, my spouse has understood that there are certain things – and others to come as adulthood brings new rites of passage – where my ex and I will both be present.

I see part of the falsehood I’ve been operating under as truth. I have been thinking of this as a problem of divorce, of an endless stream of me having to say, “No, that won’t work for me” (six words I still struggle with saying without an internal tremble). But that’s not what this is about. What it’s about is wanting my spouse to know that their feelings matter more to me than the possibility of someone else being upset, hurt, or angry.

It’s not that they want anyone to feel these things; but I have been so busy trying to keep others from feeling upset, hurt, and angry all while my own spouse, the person who would lay down their life for me, has been swallowing their own hurt and anger.

I step away from the writing. After a fitful sleep, I’m awake at 5:00am with the dog. Outside, while she sniffs for a good spot to pee, I count the sounds of nine different birds. It’s a symphonic way to begin the day. I can’t help but think about the songbird tattoos on my right arm, the hawk feather with my spouse’s Hebrew name on my left. Are the songs I’m signing aligned with the direction I’m flying?

My priorities – for my kids to get to have both of their parents at every table, to “go along to get along” – have come at the expense of my spouse’s very clear boundaries. Rather than protect them, I’ve repeatedly ignored them in favor of what somehow feels easier to me. Rather than standing up for my spouse’s feelings by keeping a promise I made to them – that their heart is my priority – I have told myself stories to justify putting their needs and clear requests second.

The word “toxic” rings in my ears, drowning out the cardinals and chickadees. It’s more like the crow, caw-cawing at me. I feel shame even as I recognize that beating myself up is just another old, unhealthy response. Instead, I know that I need to be honest with myself about where I haven’t been being honest with myself and take this moment as an opportunity to address some unhealed parts of myself in new ways.

Trauma makes us confused. My small-t traumas have compounded, shaping me into this person sitting here today and operating in a paradigm that might have made sense in 1984 but didn’t in 1998 or 2010 and certainly not in 2022. But those parts don’t know how much time has passed. They don’t know that it’s safe to stop. They are terrified of what will happen if they step back so that I can step forward and put my spouse’s needs at the top of my priorities.

In the name of keeping one peace, I’ve also been destroying others, namely the peace at the center of my own marriage. At the same time, I’ve been keeping myself from truly moving towards experiencing the inner peace I long for and desperately want to believe is possible.

I have avoided writing about these aspects of my life out of respect and care for others’ privacy, yes. I have also stuck closer to safer topics out of fear. Fear of beginning to sort out the messes, own my part in them, and truly heal and move forward. But as we all know, ignoring the hard stuff does not make it go away. It just lets it fester and ferment beneath the surface, lurk and linger in the closed-off chambers in our hearts.

As someone who writes and teaches about opening doors, it’s high time I found the keys to this one. 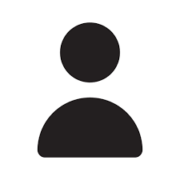 Renna Groze (a pseudonym) is a writer, teacher, and mother. Her work has been published in the New York Times, On Being, and Tikkun magazine.