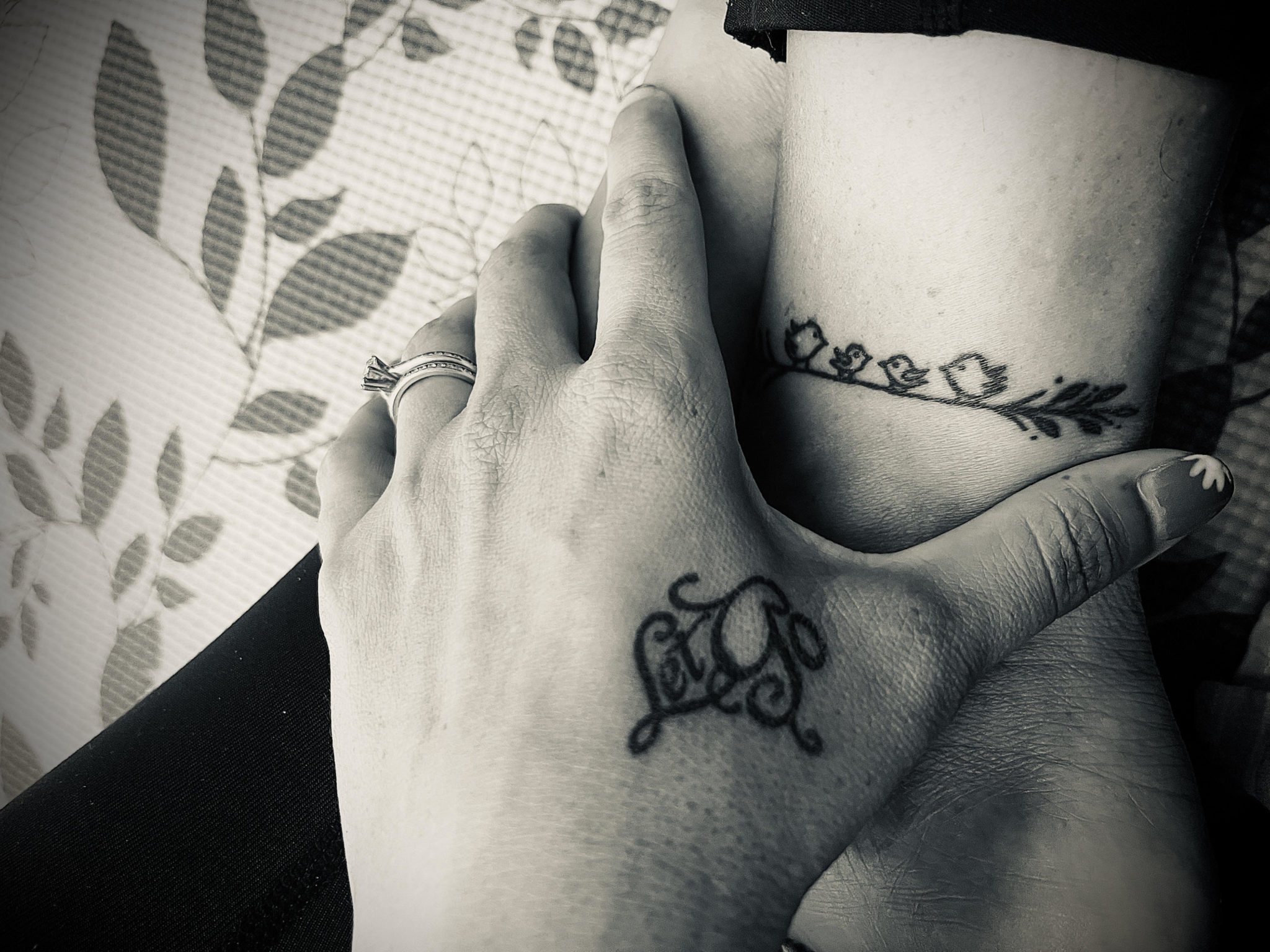 Climate change is here. What can we do about it?

When people say “after all I have done for you,” they are trying to control you.

It really hit home because this phrase has chased me, and it caught up to me in the weirdest way possible. You see, I was adopted, and my relationship with my adoptive mother was always very turbulent. Until I completely cut her out of my life as an adult, she always made me feel, through her demands, that I owed her a lot for “all she had done for me.” I owed her for raising me, feeding me, and giving me a life that in her eyes was better than what my biological mother could have given me as a single, poor, and uneducated woman.

It has taken me over three decades to be able to open up and share this with anyone else besides my own therapist and my husband. Painfully, just three weeks after opening up about this with my ex-best friend, it was used by her as a weapon to blame me for why we could no longer be the close friends we were.

In a text message she said:

“You grew up in an environment where they asked you to pay for what they had done for you. Now you are doing the same thing to me. I hope that you heal and stop doing this to others.”

Those words cut through my heart in a moment in my life when I was deciding to revisit some of my adoption hurt and heal. Those words came from the person who had seen a lot of me, someone I also saw a lot of. Someone I felt deeply connected to in some magical way. The person who actually propelled me to finally have my first conversation with my biological mother 6 months ago. Apparently after a lot of consideration, and a trip down to Mexico, she believed that I was asking her to pay me back for all I had done for her.  She easily packed up her bags, cut that connection, texted on her way out, and has not looked back since. She walked away after both of us had gone through so much, grown so much, and learned much with each other.

These past few weeks, since that text, have been a period of wild ups and downs, highs and lows, and lots of overthinking, anxiety, wine glasses and mistakes.  It has also been a period in which I questioned everything, and allowed myself to go there and consider the possibility that I was actually destroying this magical relationship (and possibly many others). Could adoption really be sabotaging one of the most special connections of my life almost 40 years later? Yes, It is possible!

Let’s start by saying that I have a lot of known adoption-based trauma  responses. One of the most impactful behaviors I have is that I walk away easily from relationships that I perceive could end up in abandonment. I take a minute and a half to feel loved, and I am terrified of rejection.

In my journey of acceptance and growth, there is a balance between the things I want to improve and things I am very aware  are not good for me but that I am okay with keeping for this lifetime. I am not perfect. But I have no issues acknowledging a lot of my behaviors, most of which are worse to me than to people around me. I am also not humble. I know I have lots of qualities—showing up for people I care about being one of them.

While it is important to allow myself to revisit and consider how trauma can be constantly sabotaging my relationships, I’ve come to realize the importance of only allowing it to come in so that I can spend time honestly considering it to validate it or reject it. There is no point in dwelling on how someone I trusted, cared for, and loved deeply could have used this vulnerability so trivially in a text message.  My energy is much better spent considering if those words could also be a gift for growth.

In this case, the growth could only happen when I  allowed myself to consider the possibility of it being true, which I did.

In this process, there were key things I learned:

First, the relationship between an adoptive mother and a defenseless child should never be considered the same as the relationship between two adult women, who by choice or destiny befriend each other. A mother who adopts or births a child should know that child has a right to basic needs, love and care, and it was the adult who took up that responsibility. NOT THE CHILD. Parents are supposed to care for their child (adopted or biological), while two grown women who chose to become friends have no basic prerequisite of obligations. Therefore, when adult humans show up for us in ways that, for many of us, not even our own parents did, it means they care.

Second, I understand my biggest error was one of not always being perfect in my choice of words when expressing my frustration when she treated me in ways friends shouldn’t. I did at times express that my friendship had a “cost” or that “she should do for me what I do for her” when expressing the natural give and take of all healthy adult relationships. It was such a poor choice of words, because it allowed her to perceive that I was insinuating a type of payback for my love, care, time, energy, efforts and actions. Adult relationships are not meant to be unconditional.

Whether or not all friendships have a price, it could also just be a choice of words. Some could say friendship is paid with friendship. The higher the level of that friendship, like a “best-friendship,” the more is expected of both parties. It is not BECAUSE one has done for the other, but because of the relationship itself. Loyalty, communication and respect are basic for deep relationships.

I have also learned that what we do for people we love is what allows people to know we love them. When we do the same or less for the people we love than we do for those we don’t,  people have no way to know we care for them or that they are special to us. If we don’t speak up, we don’t protect, we don’t defend, we don’t show up; if we treat them worse than our enemies, throw them under the bus on the first opportunity, or weaponize their secrets, how can they feel that they matter?

When I made the poor choice of words, saying “You won’t find a friend who would do this for you,” I now know that I was screaming “Notice me, notice how much I care by showing up for you. Will you please show up for me too?”.

At first I also blamed adoption for sabotaging my perceptions and causing me to not feel that I meant much to her. Today, I also understand that it was not 100% adoption-based trauma either. I was for once in my life picking up on some real emotions.

What I understand today is that she is also on her journey of growth and healing, and maybe learning to cultivate a close relationship is not something that is in store for her—just like there are parts of me that I am also not interested in changing. However, as my therapist would say: “Even if your brain accepts this, her words still have a deep effect on you,” and it will still hurt for a while. Her words hurt not only because they were used, but because of the magical connection I thought we shared. As they say, “It is not the stab that hurts, but the one who was holding the knife”.

It hurt because that text showed how I could not be loved with this perceived flaw, or how I was not good enough to be part of her life as she perceived I WAS. In one text message she essentially said “You have this issue, which I hope you improve just so we can be friends again, and because of it you are not worthy of being in my life. You are not worthy of me doing better”.  As an adoptee, the fear of the pain I feel now is what has always made me walk away first. I often walked away and never looked back. Which ironically is exactly what she is doing. “All I had done for her” was not enough to add value to what I meant. Rejection, unreciprocated care, ghosting, and abandonment all happened at once here.

On the other hand, this was the very first relationship in my life in which I suppressed my natural trauma-based tendency to walk away because I felt she was worthy of me changing my own patterns. Something brand new for me. Only the most special connections have the power to push us to do better and become a better version of ourselves. Unfortunately, this broken connection may now only serve to prove the point that protection mechanisms exist for a reason, and maybe I should have left it alone.

As we open up to others about our adoption pains and our abandonment worries, we put our heart, life, and well-being on the line hoping that it will be handled with care and love. In my case, it wasn’t.  She made it clear that she believes that I am not worthy to be a part of her life as I am, or as she perceives I am.

Unlike a parent-child relationship, she has no obligations to love me, care for me, talk to me or even not hurt me. She is also under no obligation to not find flaws in me to use them as reasons for not wanting a close connection with me. As she says, I am not her victim. My grief for someone who is alive, just like with my biological mother, is something I will have to go through the motions. Alone.

The bottom line is that: Yes! I have a lot of adoption-based trauma behaviors that impact me and others. Here, however, the fallout of my adoption was not the culprit. I was actually responding to real events and actions. It does not make this moment any less devastating and ground shifting.

There is obviously a lot more to this story than that, but that’s beyond the point of this article, maybe many more articles will have to be written for me to finally process it all over the years.

Finally, I am wildly fortunate with the family and life I built rising above my challenges. I have hopes that I will also come out of this fog with time and a lot more writing. I am sharing in hopes that other adoptees out there, who are questioning their own adoption trauma and pain,  and who are considering the validity of their worthiness as they become better versions of themselves, do not allow adoption to define every relationship. And most importantly do not allow others to say adoption is defining everything about them.