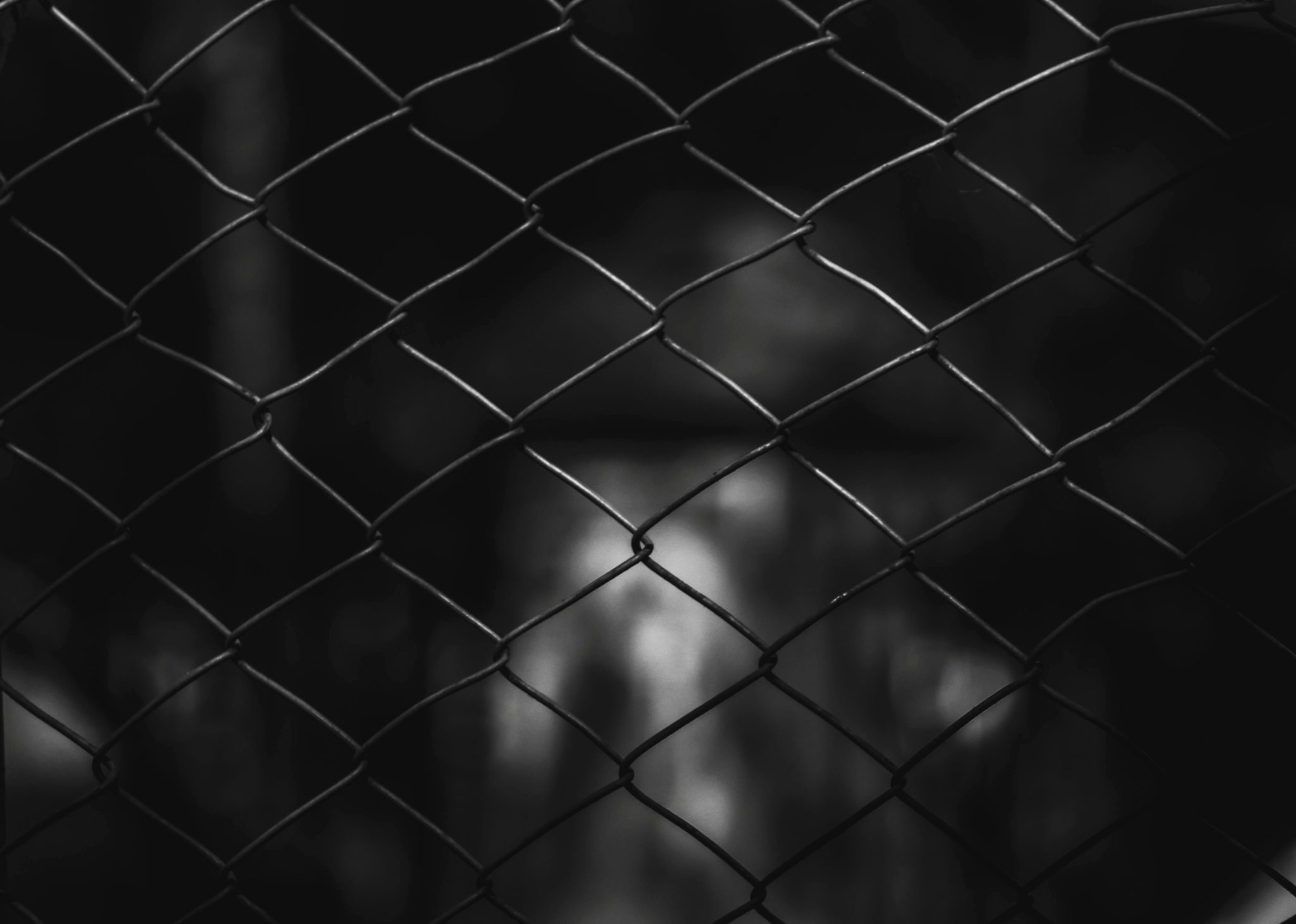 I Refuse to Return to Normal: The Philanthropic Edition

While many claim home feels like a prison these days, it most assuredly is not.

Unlike a home, a real jail has restrictions on access to soap and bathrooms, a ban on hand sanitizer, and a constant flow of staff and detainees entering and exiting the facility.

In a jail, you would be unable to maintain social distancing and would not be permitted adequate masks, gloves, or cleaning supplies to keep yourself safe from COVID-19. And you would be subject to these unsafe conditions even though you had not been convicted of a crime.

Nationally, two thirds of people in jail are simply being held as they await trial, most because they lack funds to post bail. Many states and counties have addressed this inequity head on.

California state jails expedited the release of over 3,500 inmates from state jail. Los Angeles County jails released an additional 1,700 inmates, ensuring that those released were not registered sex offenders, or serving time for a violent crime or domestic violence. California released inmates with fewer than two months left in their sentences and is working closely with parole officers and community partners to provide social services upon release.

Court orders in New Orleans called for the immediate release of all people held pretrial for misdemeanor offenses. A Massachusetts state court ruled that those held on bail have a “rebuttable presumption of release.”

This piecemeal approach is commendable, but releases remain at a much slower pace than the virus is spreading.  Releasing all people being held pretrial would be a relatively quick, easy, and low-risk way to reduce the public health crisis and restore some justice to a broken money bail system.

Allowing the virus to spread behind bars will result in more sick people in the general public – thousands more, according to one recent epidemiological model.

The magnitude of the crisis grows daily. In New York, the state Department of Corrections and Community Supervision recently reported a total of 783 cases among staff and 210 among prisoners, with a statewide population of 43,000 prisoners. Reports show 70% of prisoners test positive, higher than the 50 percent rate of positive results in New York City.

At the end of April, Cook County Jail in Illinois had nearly 1,000 confirmed cases. Harris County Jail in Texas had over 500. Nearly all of the biggest clusters of cases in the United States are in jails or prisons.

At the end of April, 626 inmates in Dallas had tested positive for COVID-19, only two weeks earlier, the number of positive cases was 31. That’s a five-fold increase in two weeks. Dallas County released 1,000 inmates in April to slow the spread of the virus.

Prisoners around the world are protesting, going on hunger strikes, and rioting.

In Washington state, more than 100 inmates took part in a demonstration earlier this month after several prisoners tested positive for the virus.  The men refused to comply with orders, set off fire extinguishers, and were eventually subdued with pepper spray and sting balls.

The potential for contagion is nightmarish. Eighty percent of inmates and nearly half the staff at the Marion Correction Institution in Ohio had tested positive for COVID-19 as of last week.

New York earlier this month announced plans to release elderly prisoners across the state. At the time of the announcement, New York State Department of Corrections and Community Supervision reported 793 staff and 190 inmates with confirmed cases of COVID-19.

In March, several federal prisons experienced an outbreak of COVID-19. Wardens suspended attorney visits and regular visitation. In late March, Attorney General William Barr instructed the Bureau of Prisons to prioritize the transfer of inmates to home confinement based on factors such as their risk for contracting the virus, their age, security level, and danger posed to the community. The agency also updated its isolation and quarantine procedures.

But precaution and planning did not slow the spread of the virus in federal prisons.

Just one week from the earlier memo, Barr sent an additional memo expanding the inmates eligible for release and putting instructions in bold and caps lock. He directed federal wardens to immediately maximize appropriate transfers to home confinement of all appropriate inmates, where COVID-19 is materially affecting operations.

These official counts of confirmed positive tests are likely severely underestimating the actual cases – even so, they show that confirmed cases are more than doubling each week.

Montgomery County in Southern Pennsylvania administered testing to every single inmate. Nearly 20% of the county jail population tested positive, although prior to testing officials suspected only 6cases. Of the 177 positive test results, 171 people showed no symptoms at the time the test was given.  These results are similar to the mass testing that the US Navy conducted on the USS Theodore Roosevelt.

Due a test shortages, many jails have tested only those who show symptoms. Prison systems, already in crisis, are vastly underestimating the crisis to come.

While the Bureau of Prisons has released to home confinement over 1,800 inmates convicted of a federal crime since the Attorney General’s first memo, we have a much simpler ask: release those convicted of no crime.

Inside jails, COVID-19 spreads swiftly. Inmates are particularly vulnerable because of close crowding and unsanitary conditions. Outbreaks in jails result in a flood of inmates at local hospitals and tax first responders already under strain.

By quarantining themselves at home, innocent people awaiting trial can protect the health and safety of themselves and their families, correctional staff, courtroom personnel, and their communities.

Contracting COVID-19 is a risk that no person should have to bear merely because they are behind bars or working in a jail. Threat of a deadly virus further incentivizes people to plead guilty to crimes they did not commit in exchange for time served, one of many unjust results of the current bail system.

With jury trials suspended and courtrooms slowed, the right to due process, equal protection, and a speedy trial are in jeopardy. The great majority of defendants released from jail return for their trial date. The quicker a person is released pending trial, the greater the likelihood that they will return for their court appearances.

If released on their own recognizance, they are able to report to their jobs, care for their families, and avoid spending unnecessary days and nights in jail at the taxpayer’s expense.

Supervised release is far less costly than incarceration. In a pandemic, the cost is measured not just in taxpayer dollars saved per day, but in the lives saved by flattening the curve.

Being released on personal recognizance doesn’t equal being released from accountability; people released on their own recognizance are subject to restrictive conditions. They are often required to check in with correctional officers, maintain employment, and wear electronic monitors. They are given strict travel restrictions and home arrest orders. Judges can conduct individualized risk assessments.

Public safety remains paramount. In response to a pandemic explosion across jails and prisons in Texas, officials are using every tool in the toolbox to keep from introducing new individuals into jails.

Officers are avoiding arrests of individuals who commit low level offenses such as graffiti or marijuana possession. Sheriffs are implementing “cite and release,” treating minor offenses like a traffic ticket, leaving the offender to return home with a court date.

Some officials are encouraging compassionate release and suspending warrants to allow low risk defendants to stay out of unsafe jails.  These measures are a step in the right direction, but curbing this pandemic calls for bold strokes. Inmates awaiting trial should be released.

The only purpose of bail is to ensure that defendants return to court, not to punish them. In recent years, the debate over bail reform has taken on a fever pitch even as the population of inmates awaiting trial has doubled and tripled.

In light of recent outbreaks in correctional facilities, counties can implement long awaited reform immediately to empty the jails and save lives.

COVID-19 has put a heavy thumb on the scales of justice. 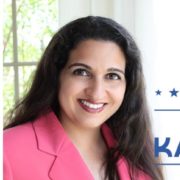