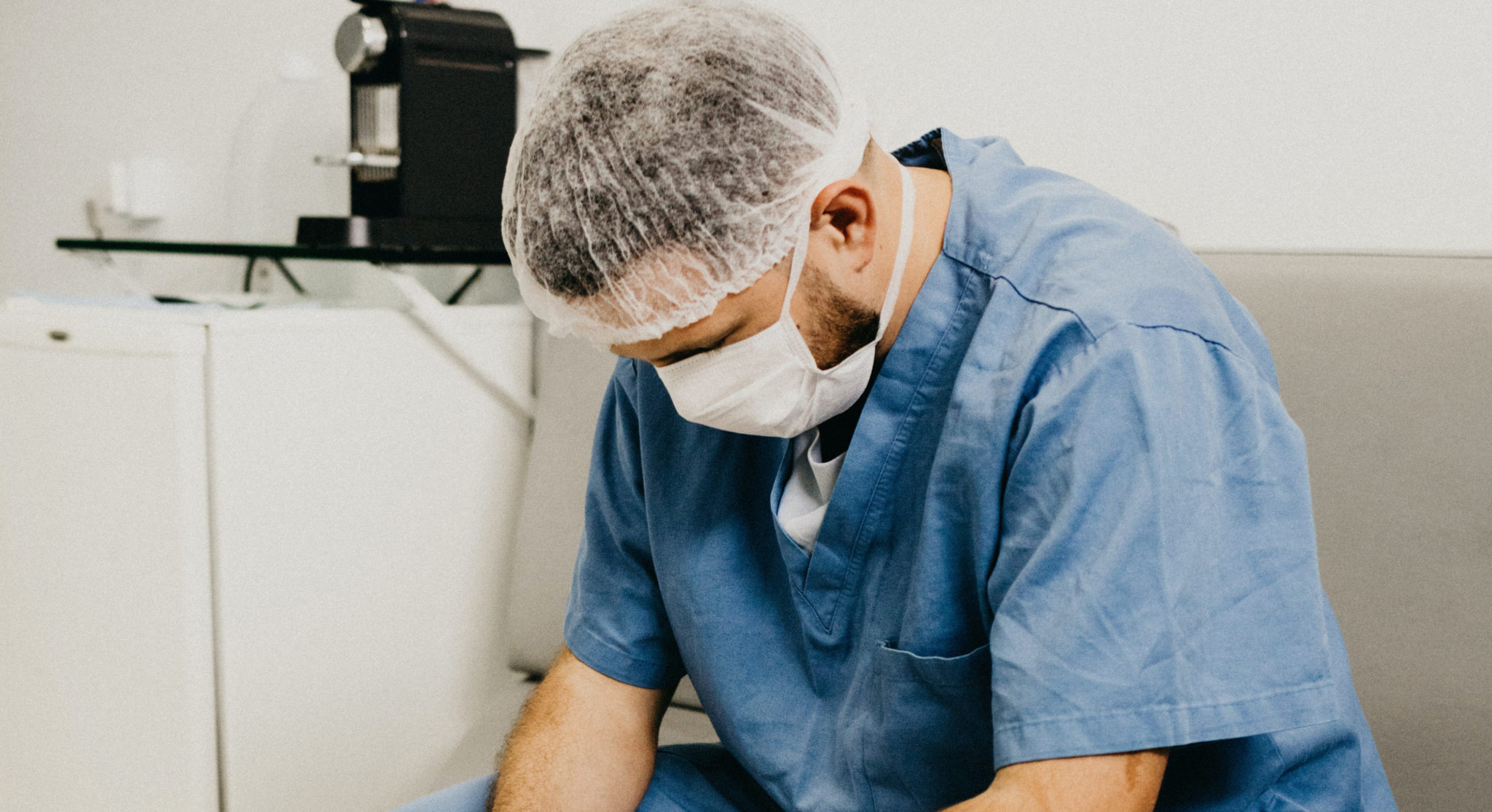 The Spiritual Fruits of Learning to See

President Trump’s mishandling of the pandemic and egregious lies make one thing clear: healthcare workers must support Biden – vocally and undeniably. Those who don’t are risking patient lives.

As we’re living through one of the deadliest events in American history, Mr. Trump continues to undermine our pandemic response. Recently, Trump accused American healthcare providers of falsely reporting deaths due to COVID-19 for financial gain. This is an infuriating lie, condemned by myriad medical societies, but only the latest demonstration of how Trump himself is the number one source of COVID-19 misinformation.

To recap: Trump has silenced public health experts and tampered with CDC statements. He migrated data collection from the CDC to HHS, raising concerns regarding the reliability of the data and disrupting hospitalization reporting. He has touted unproven therapies and disparaged masks.

This misinformation is not only dangerous, it disrupts our ability to care for patients. We have been forced to spend valuable time and effort countering his lies.

Mr. Trump appointed his unqualified son-in-law Jared Kushner to source critical medical equipment, a failed operation that resulted in states  bidding against each other and the federal government to try to procure ventilators and other necessary supplies. There still isn’t enough personal protective equipment (PPE) due to the lack of a national strategy, and over 1,300 healthcare workers in the United States have died from COVID-19. Many more are experiencing increased rates of depression and anxiety. The Federal-level ineptitude will worsen the physician shortage in this country for years to come.

Pandemic preparedness and response should never be partisan issues, but Mr. Trump has made them so. His political meddling is both unprecedented and alarmingly dangerous–so dangerous that the White House is still a COVID hot spot.

Let’s also remember that Trump refused to condemn white supremacy outright in the face of a pandemic that has disproportionately devastated communities of color. After being hospitalized for COVID-19, he said that the antibody treatment he received and incorrectly characterized as a cure will soon be available to everyone, for free. Such statements demonstrate his detachment from the realities of American healthcare, which is rife with disparities and unequal access.

Worst of all, Mr. Trump knew in February 2020 that the virus could be transmitted through airborne droplets and that the virus was “more deadly than your strenuous flu,” yet tweeted on March 9: “So last year 37,000 Americans died from the common Flu…Nothing is shut down, life & the economy go on.”

In the face of such negligence, we believe healthcare professionals who intend to uphold their oath to “first, do no harm” must support Joseph R. Biden.  In doing so, they will join the editorial board of Scientific American, a publication that’s never endorsed another presidential candidate in its 175-year history, the editorial board of the premier New England Journal of Medicine, which has never endorsed a presidential candidate in its 208-year history, the editors of the premier scientific journal Nature, as well as the National Nurses United and 500 military and national security leaders.

To be clear, ideology or politics has no place in the exam room. Doctors’ and nurses’ codes of ethics explicitly state that political differences should never interfere with the care we provide to our patients. We treat everyone equally, even those who would deny the very science behind the treatments we have to offer. This will never change.

However, the public forum is not the exam room. In 2020, muffling our own public voices under the auspices of neutrality threatens our lives and the lives of our patients. The line has been crossed, and continued silence would be an abdication of our deepest responsibility.

We want to direct this message especially toward the two-thirds of surgeons and anesthesiologists, half of internists, one-third of pediatricians, and one-quarter of psychiatrists who are registered as Republicans.

The National Rifle Association later tweeted: “Someone should tell self-important anti-gun doctors to stay in their lane.” This prompted a major backlash on social media, with healthcare providers tweeting stories and photos of our experiences taking care of victims of gun violence over 70,000 times, tagging their input with “#ThisIsOurLane.”

To see this pandemic up close—the suffering and deaths and fear and anxiety—and to say nothing is not an option. We deserve a President who will work with us in saving lives, not against us. Our oath to our patients compels all of us to support Joe Biden.