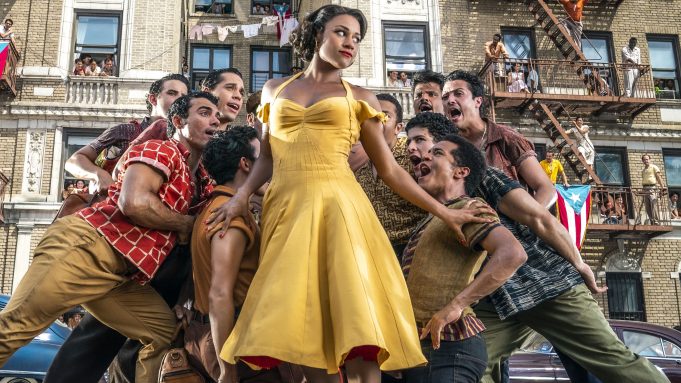 Two films were released today that bring to light stories that represent the Latino/x community and identity: the remake of West Side Story, directed by Steven Spielberg, and Being The Ricardos, written and directed by Aaron Sorkin. I await these two films with a mixture of excitement and trepidation.

Generations have seen Natalie Wood as Maria in the 1961 film version of West Side Story, and Al Pacino as a Cuban gangster in Scarface. Although West Side Story also included Rita Moreno, a Puerto Rican actress, in her Academy-Award-winning role of Anita, I still single out the film due to its broad stereotypes. These iconic portrayals have made an indelible impression on audiences. However, the representations of Puerto Rican and Cuban dialects in both films were overbroad, exaggerated and, ultimately, have propagated negative attitudes about language and accents of Latinx communities. These inaccurate representations have caused harm by codifying a false linguistic identity not merely with movie fans, but to the greater public.

The injury is acute because the Latinx community is underrepresented in the industry. According to the 2021 UCLA Hollywood Diversity Report, Latinos account for only about 5 percent to 6 percent of main roles in television and film, even though we make up 62.1 million, 18.5% percent of the nation’s population. Therefore, every opportunity to be seen and heard is vital.

In my work as a dialect coach and actor trainer, I recognize the power accents and dialects have to enhance storytelling. I work with specificity and detailed guidance to empower the actor’s ability to transform into a myriad of characters on stage and screen to represent dialects authentically. As a bilingual Puerto Rican artist, I know that authenticity of the voices we hear in film can bring about greater visibility and audibility to otherwise underrepresented communities. Yet, vague, or erroneous accent work can stigmatize or silence a community rather than uplift it. Sadly, there is a history of stereotyping and oversimplifying Latinx dialects in Hollywood with lasting injurious effects. So, while it is important for the underrepresented to not only be seen and heard, but it is also crucial to strive for accurate linguistic representation.

My work has helped me recognize that accent is identity. Accents and dialects in a popular film can earn the status of a marker for cultural voices solely because the film is widely known. Notoriety counts for a lot and each time the work is seen and heard it reactivates the power of its linguistic performance. Unfortunately, inaccurate portrayals can cement stereotypes that are difficult to undo.

This is an enduring challenge as, in my experience, actors, directors and creatives have referenced West Side Story and Scarface as benchmarks of the sounds of Puerto Rican and Cuban communities, despite the fact that these dialects were misrepresented in the first place. Actors do not always have the resources to hire a dialect coach and may rely on existing films as guides. Directors and production companies may merely rely on the Latinx actor to perform their perceived home sound or a “general” Spanish dialect without accounting for the specificity and differences between Spanish-speaking communities.

Film is entertainment, and many will argue that filmmakers should have the creative license to tell the stories they wish, as they wish. Whereas creative freedom may well be critical for storytelling, cultural competency– recognizing and respecting diversity unique to a particular culture— should not be subject to creative license. Cultural competency and lived experience are necessary to tell stories about underrepresented communities. This means employing folks from the given community, vetted cultural consultants, actors and experienced dialect coaches that understand the true nuance and specificity of accents.

It is not enough to simply cast Latinx actors in Latinx roles, but we must also equip them with vocal tools to achieve the highest level of dialect performance. The work is complex, detail-oriented, and rigorous even for extensively trained actors. It includes adopting phonetics changes, shaping of vocal tract posture, and embodying the rhythm, intonation, and resonance of the vocal sound to create the music that makes each linguistic identity distinct. We celebrate these elements when they are integrated with a strong performance.

Latinx communities deserve to be represented in film without being stereotyped. When we see and hear ourselves reflected on screen in our true, authentic voices, it can be validating, uplifting, and even inspiring. Audiences from distinct communities within which the story is being told are watching and listening with discernment and are becoming increasingly vocal when they see and hear themselves as misrepresented. I am hoping, along with my Latinx community, that these two new films will get it right. 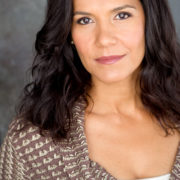 Cynthia Santos-DeCure is Public Voices fellow of the OpEd Project and an Assistant Professor of Acting at David Geffen School of Drama Yale University.