Jody Conradt is simply a basketball lifer! She is known for coaching for 31 years at The University of Texas at Austin, but she coached basketball for nearly 50 years professionally at the collegiate level alone. Her ability to be relevant to that many generations of basketball players is remarkable.

But what’s even more impressive is her love for her former players and her ability to dissect the game even now that she has retired from coaching. She is a true living legend, and we are blessed to have her still involved in the game that she loves. 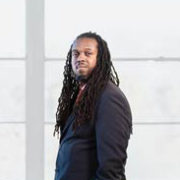 Donald Ray Parish Jr. is the founder of The Sports Preacher Show and non-profit organization A Steady Hand, a community-led nonprofit that provides mentorship, educational exposure and leadership development.