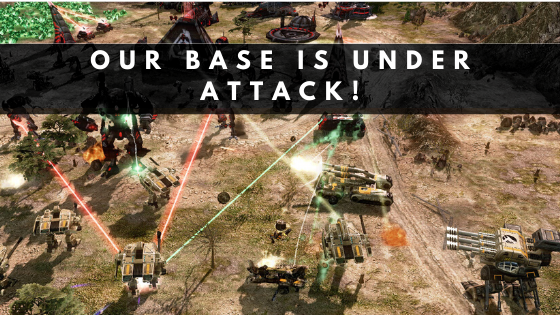 Stop Using My Identity As A Joke

“Our base is under attack”!!! A familiar ambiance I had almost forgotten, ringing again loud in my ears as I grind out another skirmish on Command and Conquer. Undergoing social distancing I decide to pick up an old habit from my college days, video games. No Facebook, no booze, and no mindless drifting! Without a care in the world to what is happening on the social media wave I dive into an endless series of rounds. 30 minutes here, an hour here, the time melts away as buildings get built, enemies get destroyed, and I get my favorite unit for my strategy! YAY! Oh, you damn cheater!!!! Sorry, as I say, I get into these games. The AI fluked and did something it wasn’t supposed to, damn you EA (Electronic Arts), fix this stuff already!

So, it probably goes without saying, that I used to be an avid gamer frequently getting my excitement and social engagements from a friendly round of Command and Conquer, Halo, or F.E.A.R. But all my real game nerds will get me on this, my most anticipated moments were LAN Parties! The essential ingredients, a friend that works at a pizza joint. Tons of energy drinks and Coca-Cola. A big ass house or garage with plenty of space to set up a few monitors or TVs. Lots of internet cables to connect our machines. And the most important piece, a few folks with their spec’d PC’s and their own copies of the game, fully updated! Battle on! Aww, how we could go through hours of play in what seemed a short period of time. It was social engagement on a whole different level. We had our standard crew, my cousin, two mutual friends, and usually a guest. But our finest moment was a ten-man tournament on Halo 2, where we had access to my friend’s house. We wired each room, with exception to his parents’ bedroom and converge to game for 7 hours straight. We got a bunch of new faces and got to enjoy some mutual bonding over head shots and stealth kills, my favorite as I was always the sneaky bastard.

My genre of choice, strategy games, with Command and Conquer and the multitude of flavors it came in being my go to. Sorry Warcraft fans but I am C&C to the heart! Not that I don’t mind delivering a good HEADSHOT when playing Unreal or Halo, something about building an army and planning an attack two or three steps ahead and seeing it work perfectly, or the sudden realization you messed up and the frantic race to come up with a new solution before you got owned! It was with strategy games to that I learned about online gaming. We get surprised with some of the wild and crazy stuff we see in Facebook, but this kind of rhetoric, bullying, and trolling was widespread on online gaming before it became the thing to do on Facebook and Twitter. We were real trend setters. Noob was the all-encompassing derogatory term, that could send a gamer into a frantic rage, or that calm subtle laugh that says, your dead. The side effects included, throwing your controller, cursing and pointing at your computer monitor, or plotting your revenge in the most sadistic strategy as you tap away on the keyboard for a verbal quip to flick the rage off your shoulder. It was a brutal verbal arena, one that I experienced for a short time. I was not always fond of this environment so used my online experience to connect with old friends and do private games between us. It was my Facebook, just with some much-added benefits!

Gaming really helped open my creative curiosity particularly with modding. There was something about learning the mechanics of the game and creating new possibilities. Crafting radically unbalanced spells or the most perfect city that had natural terrain defense, perfectly placed defenses, and a beautiful layout. In a matter of fact, it was modding that attracted me to architecture. In many ways it’s a mod to the natural environment, the current environment, with optimistic predictions of a better possibility. I spent hours crafting, honing, experimenting, and creating new iterations all aimed at testing the limits and seeing how I might make a more interesting game.

Until recently, gaming was a part of my life. It was a good coping mechanism for me during a patch of my life when things where uncertain and I was still getting use to people again after time as a gang banger and a socially awkward college student. It was way for me to connect with family and friends simliar to how people allude to Facebook being a vessel for them to stay connected. It was a lifestyle for me including an old custom blue behemoth my cousin helped me build that helped me run my favorite games at the highest settings, definitely a bragging right, and render my architectural models. Granted I spent all my money on the computer, so my screen was an old and heavy Hewlett Packard CRT monitor. It was a chore to ship to a LAN party, but you bet your ass I always found a way if the time called.

Around 2010 I decided to purge them from my day to day when I was ready to make efforts to become sociable face to face again. I gotta say, it was tough carrying an old bag of games to Half-Price Books only to get a few measly dollars. But I felt it necessary to force myself to get out of the house. Shortly after that and moving for a new grueling job, I developed anxiety. I am not for sure if it was the lack of gaming, but as I reflect upon going through loading screens in anticipation for the next battle, I have to give it some thought. To say this was an effective cope measure was an understatement for me, it was my main means of social interaction. My only limit with pursuing this, outside of my desire to see the outside world, was having the budget to constantly update my damn computer. I do not regret my decision as it has helped me find some of the wonderful individuals that I have the honor of calling my friends and family.

As I que up another game of Command and Conquer, I pour myself a drink, get me some snackies, and dive into the digital spectrum for another few hours of entertainment, phone free, and worry free, unless of course I get into a screen screaming moment! I would challenge anyone who hasn’t tried it, pick a flavor of game, and immerse for a couple of hours, you might be excited to see how it can help with coping with these interesting times. If anything, it can give an additional outlet to explore as we hunker down for another month of social distancing. I will say there are elements of my day to day life I miss. I miss my friends, I miss my family, I miss being able to go to my favorite pub, and I miss being able to meet a new person at any of the events we host in our city. But I know this is our best option for preserving public safety. Who knows, this might be an opportunity to reintroduce gaming back into my life in moderation and iteration. So, till things get better, game on! 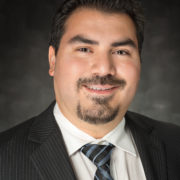