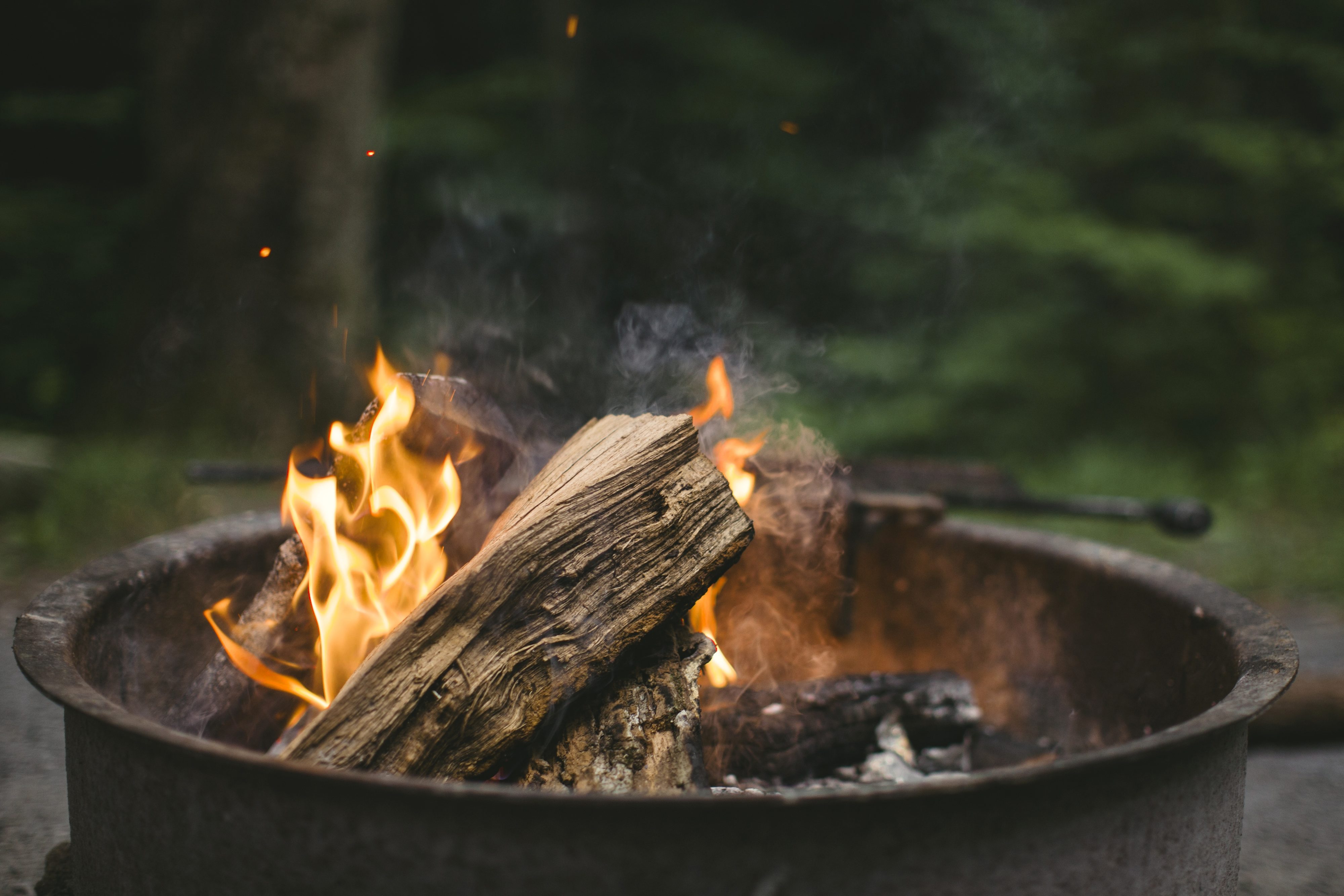 It’s Time for the Left to Reclaim Patriotism

The birds are singing. One sustained high note. A lower note, then another a full step down. That three-note pattern repeats itself periodically. I can hear it over the sound of water tumbling over rocks, a river turning a corner. I can see the water from where I sit in my folding chair, my feet resting on the edge of the fire ring in front of me, an empty can of craft beer in the cupholder. I notice something I didn’t see in the dark when I drank it last night. The can says the company that made the beer is ‘family owned, operated and argued over’ and it makes me both laugh and feel a deep longing – for a business, a new job, an occupation that, well… occupies me. Maybe my role would drive me crazy sometimes but it would be there for me and we’d be in it together, family – biological or chosen.

A small, smoky fire piled with pieces of wood tossed aside during new house construction three doors down from mine burns in the ring. Not long ago there was a beautiful house I could see from my living room window. A lovingly tended garden, two brightly colored chairs and a little table on the front porch, where my neighbors would drink coffee and read the Sunday New York Times. That house is gone now. I mean entirely gone. New owners purchased it, a perfectly good home. But they tore it down. The whole thing. Now they’re building a new home. It towers over the other houses beside it, in fact over all the homes in the surrounding blocks. It occupies every inch of the lot.

Sure, you might argue, a house like that will make the property values go up, including mine. That’s supposed to be a good thing, right? But I can not get over the presumptuousness it takes to move into a neighborhood and tear down an entirely good house. I used to visit that house. There was a Wolf range in the kitchen – you know those shiny chef stoves with more burners than most people would know what to do with except maybe every few years on Thanksgiving when it’s their turn to host. Maybe. That kitchen was tiled with beautifully crafted handmade tiles.

My husband says you never know what’s going on inside a house. Maybe the electrical was terrible, or the plumbing so old and bad it just made sense to start fresh. He gives them more credit than I do. I see obliviousness, disrespect, and greed…change that feels unnecessary, a new take on the same history that removed the original occupants of that land. Maybe one time someone looked at me like that when I moved here.

I feel the warmth on the soles of my feet as the fire changes its tenor from smoky to crackling. I look around at the trees around me, over the river bank, and imagine them being cut down, milled into lumber and all the steps it takes along the way for that tree to go from its place in the forest to a new construction site, later to become scrap that I burn in my campfire. And I wonder what happened to that Wolf range and all the tile. I hope it’s all repurposed in a cozy mountain cabin somewhere but I fear it’s rusting in some scrapper’s junk pile.

Periodically, from my living room window, I see the new home owners coming by to check on the construction. I don’t know what I expected them to look like, but there is nothing overtly offensive about them. If I met them through other circumstance we would probably find we have things in common. Each time I see them now they look eager and pleased. I can tell by the way they turn their heads sideways and look up at the house approvingly each time they arrive at the place they will soon call home. I am burning their scraps to keep myself warm in the dank forest.

From where we live there are a lot of options to escape to beautiful places like this one – maybe throw a fishing line in the river, later to sit around a campfire drinking beer made by a big family. We’ve done this a few times this summer, a quick getaway from home on a weekday, often less than 24 hours. It seems like the only kind of getaway available to us right now and I recognize how fortunate we are to be able to, to get away. There’s a lot we want to get away from these days.

When I sit at the campfire, listening to the river, I try to drown out the sounds in my head, sometimes almost literally as I stick my head in the water to wash my face. I try to turn my thoughts from envisioning activists marching down my street shouting “Fire! Fire! Gentrifier!” and all the kids who will still be walking around in packs or riding their bikes on the sidewalks long after summer is over because they won’t allow themselves to be confined indoors to participate in school lessons delivered by computer.

If I can get those sounds out of my head and sit down long enough to just listen and replace them with the sounds of the birds and the river and feel the warmth on the bottom of my feet I can start to develop an imagination for what might be next beyond all the noise. Not another story of people hurting one another because their political ideals have become so divisive. Not another story of families losing a loved one due to police violence or a health crisis. But for a new economy that allows us to infuse all the love and care that we have into something that benefits all of us. For a newfound appreciation of the things we already have, like a perfectly good house on a perfectly good street, with neighbors who have a moment to stop and greet each other, and stand close together. And for a time when getting away means going towards something instead of getting away from.

When I sit by the fire I can imagine all that. 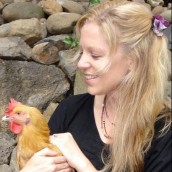 Julie van Amerongen writes in an old house filled with young people and a menagerie of fur babies in Portland, Oregon. She is the author of Every.Single.Day: Unstoppable Lessons from a Year of Running and I Can Do Hard Things: How Small Steps Equal Big Impact, both on Post Hill Press.