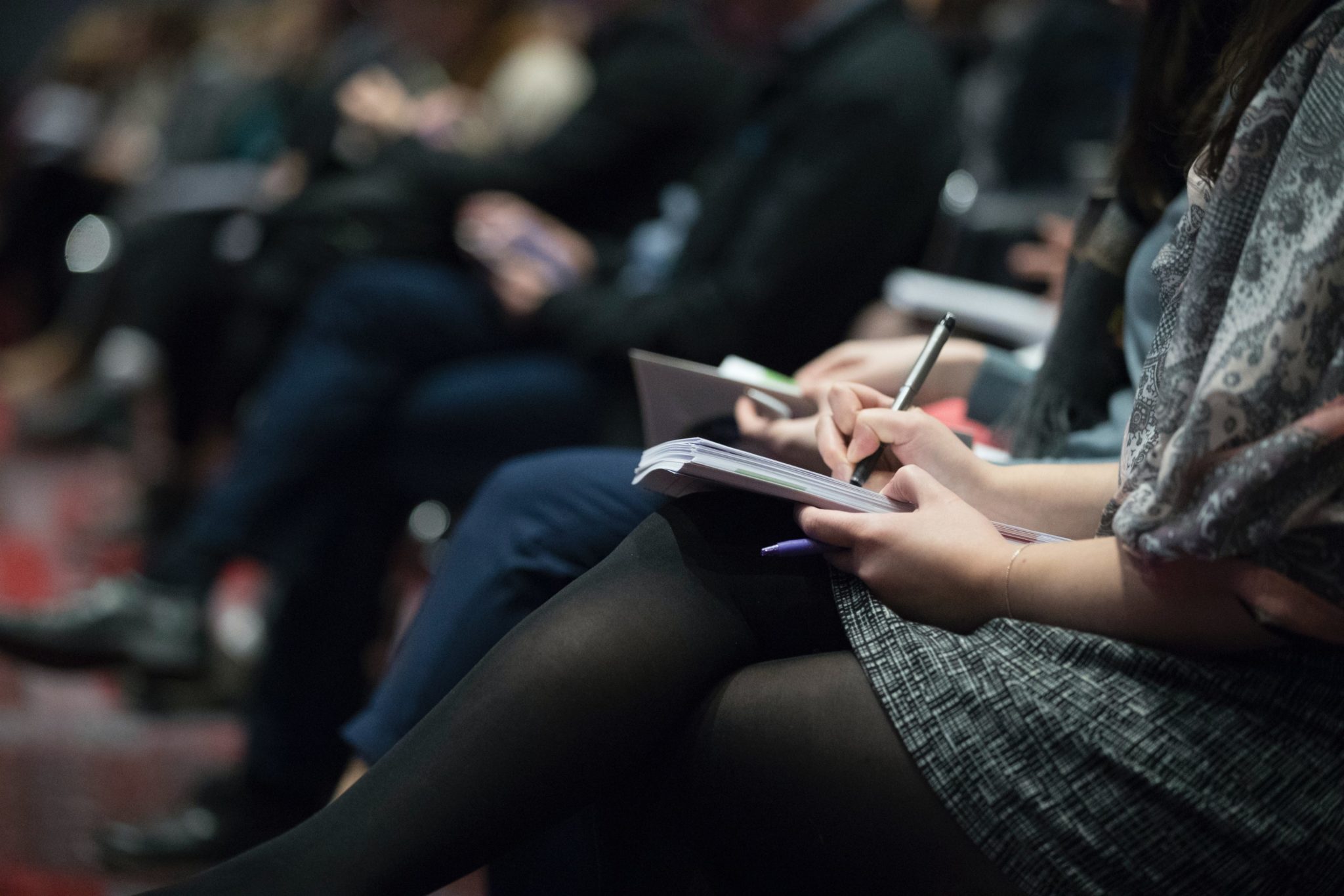 Photo by The Climate Reality Project

A proposed legislation recognizing the centrality of race, ethnicity, and social justice in high school curricula will be making its way through the Illinois legislature in this new year. HB376, known as the Teaching Equitable Asian American Community History (TEAACH) Act sponsored by Senator Ram Villivalam proposes to amend the Illinois school code to intentionally add the teaching of Asian American history. This Act was motivated, in part, by the latent anti-Asian sentiment in the U.S., amplified in recent months by the COVID-19 pandemic.

As such, the TEAACH Act not only recognizes the necessity of including Asian American history as integral to US history but provides the kind of critical analysis of race that is necessary in understanding the racism, xenophobia, and violence that Asian American communities have faced especially in times of political, economic, and health crises. That these issues have been at the core of an academic field – Ethnic Studies – that has been under attack in recent years only underscores its importance.

For many students of Ethnic Studies, the statement “Ethnic Studies Saved My Life,” is a common refrain. It certainly reflects my experience. I am a 1.5 generation Pilipina American whose family came to the U.S., like other immigrants, in search of a “better life.” What that meant for a 12-year-old transplant from Manila was not always clear. Shortly after we arrived, we moved into multi-racial working-class neighborhoods where I attended public schools in California’s San Fernando Valley. My fellow students were also immigrants – from Mexico, El Salvador, Armenia, Ethiopia, and Vietnam. They, too, had parents who worked multiple jobs, remitted money or sent balikbayan boxes to families in their home countries, woke up early to do the family’s laundry at our local laundromat, bought clothes at the swap meet, clipped Sunday coupons for groceries at Vons, and navigated the often treacherous racial landscape that faced immigrants on the playground and beyond. As a youth, I wondered why my parents had to borrow money from extended family even though my late dad worked two jobs. I wondered why my high school counselor told me that under-resourced non-magnet schools like ours had a limited quota for seats in the University of California system, and why my parents insisted that I pursue medicine, a “safe” and lucrative career. I did not have the knowledge to make sense of our lives, our migration history, and these aspirations. Not until I learned about Ethnic Studies in college.

Ethnic Studies, as a field, began in the 1960s when a collective called the Third World Liberation Front (TWLF) mounted a powerful uprising and the longest student-led strike in the United States – the San Francisco Strike of 1968. Led by Black students, working alongside Mexicans, Filipinos, Chinese, Native Americans, Arab and Muslim students, they launched a 5-month strike, demanding a radical shift in admissions practices, the formation of an Ethnic Studies program, and a curriculum that spoke to the lives of students of color. They demanded power and accountability from educational institutions, pushing against hollow conceptions of diversity and multiculturalism, calling for the creation of a “new world consciousness” that was modeled on ideologies of self-determination and service to “the people.” Their demands transcended identity politics and called for an understanding of how capitalism and colonialism structured relations of power to impact their lives. This radical student movement ensured the establishment of Ethnic Studies Programs at San Francisco State College in 1969, and later, the University of California system. Even before this 1968 strike that launched the movement and field of Ethnic Studies, there were similar protests around the country, such as the one at Duke University in 1963 that culminated in the 1969 “Takeover.”

This was the environment in which I entered college. I was the first among all of my cousins to attend a four-year university in the US, entering college at the University of California Irvine in 1991 as a biological sciences major in pursuit of a career in medicine. I barely made the curve in all my bio classes. I wanted to do well, but nothing about these subjects interested me. I couldn’t relate to them. It wasn’t until a work study job with Joan Ariel and Ellen Broidy – two Women’s Studies librarians who introduced me to books on feminism and Ethnic Studies – that this changed. I started taking courses in Women’s Studies, declared it a double major, and became involved with running an independent, underfunded, and volunteer-run newspaper collective – the Womyn’s Quarterly. It was through this work and immersion in the Women’s Studies community that I encountered the burgeoning movement in 1991 demanding Asian American Studies, a movement that escalated to marches that we undertook on campus, culminating in a student-driven hunger strike in 1993. Asian American students who comprised 42.6% of the student population at the time demanded a curriculum that reflected their histories and lived experiences, not just dominant – white – narratives. These actions eventually resulted in faculty hires and three years later, the establishment of the Asian American Studies Minor in 1996.

Similar movements reverberated across the nation and by the early 1990s, around 700 Ethnic Studies programs existed in the US. At the University of Illinois Chicago (UIC), beginning in 1991, Asian American students began a similar movement, echoing the demands made by students in sister interdisciplinary programs – Latin American and Latino Studies (LALS), Black Studies (BLST), and Gender and Women’s Studies (GWS). The department that I currently head – Global Asian Studies (GLAS) – is the youngest of these interdisciplinary programs the movement produced. For almost two decades, Asian American students pushed, passing the movement’s baton to the next generation as they graduated. After 19 years, multiple speak-outs and direct actions, in 2010, the Asian American Studies Program (now Global Asian Studies) was finally established. I owe my own presence and hire at UIC to this movement.

Over the years, the growth and development of Ethnic Studies programs nationwide continues to be inspired by students who call for a curriculum that reflects their histories and includes them in the narrative told about “America.” While there has been a remarkable growth in such programs and curricula since the 1960s, at the same time, especially in the last decade, many of these same programs are being defunded or in some cases, suspended. In Arizona, following the passage of HB2281 in 2010, which prohibited classes or materials that “promoted the overthrow of the U.S. government” or promoted “ethnic solidarity,” the Mexican American Studies (MAS) program was suspended in 2012. In response, students occupied a meeting of the Tucson Unified School District (TUSD), vociferously chanting, “the school board and the state are completely undermining the value of our history and culture.” Contrary to HB2281’s claim that ethnic solidarity is anti-diversity, students explained that Ethnic Studies classes “give us the opportunity to explore and learn from other cultures beyond our own, ultimately allowing us to become more tolerant and open minded. In a way, [they] allow us to be more connected within our diverse community.” Partly in response to such student protests, in 2017, U.S. District Court Judge A. Wallace Tashima declared HB2281 unconstitutional and ordered a permanent injunction to prevent its enforcement.

Similarly, at UIC where students continue to play an important role in keeping the legacy of the Asian American movement alive, students like Renae Mijares Encinas noted, “We are not just learning education to learn a master text and to get a job, but really we’re learning more about the world to connect to our own lives and because often you make those realizations, you recognize how you have the power to shape your own life and to shape your world and to make change.” As I reflect on Renae’s words, these histories, and these legacies, the world around us is rising up in protest – this summer saw the largest social movement the U.S. and the world has seen, underscoring the importance of paying attention to race and the lived realities of communities of color in the U.S. As we bear witness to a world where racial capitalism, white supremacy, patriarchy, settler colonialism, and neoliberalism continue to disproportionately impact communities of color – a set of realities made doubly visible through the pandemic- we need the fighting words and theoretical tools of Ethnic Studies to make sense of them. We need this field’s guidance and the roadmap it charted on decolonizing knowledge by challenging eurocentrism, orientalism, and imperialism and allowing us to see how xenophobia and racism are embedded in the very foundations of this country. Just as the TWLF demanded education that goes beyond hollow conceptions of diversity and multiculturalism, Ethnic Studies provides the tools for recognizing the centrality of race, honoring intersectional histories, and engaging with the concerns of “the people” – not merely as subjects of research but as partners in this education.

To be sure, Ethnic Studies has a much more visible presence within higher education. It is particularly needed, as institutions are slowly recognizing, especially at the present moment in U.S. history, when a racial reckoning is warranted. However, these programs continue to be underfunded, and, in times of austerity, the first to be defunded and challenged, certainly in the U.S. but also elsewhere in a world that is gradually becoming more reactionary and rightwing. It is more urgent than ever to establish Ethnic Studies programs in our educational institutions. And as these institutions do so, they must be attentive to articulating Ethnic Studies as central to the college curriculum, not supplemental or secondary to disciplinary knowledge formation. Attributing Ethnic Studies merely as a project of multiculturalism and heritage education is a disservice to the field’s ideological and political foundation and its critical understanding of power relations. There is much work to be done in  keeping the field alive, including sustaining Ethnic and Gender & Women’s Studies programs and supporting our students who see such education as relevant and necessary for their sense of belonging in and to the world, joining nationwide efforts to mandate Ethnic Studies as a graduation requirement similar to the passage of AB1460 in California, or supporting legislations in process such as the TEAACH Act.

The journey of knowing my migration history, recognizing the geographies where I lived, and understanding the racial and gender dynamics that played out in the positions I’ve occupied was opaque and circuitous until my engagement with Ethnic Studies. I am grateful to my first cohort of students who I had the privilege of learning from at San Francisco State and whose demands for relevant education informed how I taught my first Introduction to Asian American Studies. In retrospect, I, too, was looking for an education that not only gave me the tools to understand the world that surrounded me, but also one that included, contextualized, and affirmed my history, my community, and my lived experiences as central to knowledge production. That is the life that Ethnic Studies breathed into me.

Dr. Anna Romina Guevarra is the founding director and associate professor of Global Asian Studies at the University of Illinois-Chicago and a Public Voices Fellow of the OpEd Project. She is an award-winning author on race, labor, and migration, and an expert witness on asylum.