As a student in the 1990s and early 2000s, I did not learn about queer history or queer people. My classes did not mention the long lineages of LGBTQ artists, activists, and innovators, or about the many robust and supportive communities through which LGBTQ folks sustain one another.

Gender creativity was vehemently condemned by most of the communities I called home.

The fact that I—and the people around me—did not have access to LGBTQ stories did not prevent me from being queer or trans. It did, however, cleave apart many meaningful relationships in my life.

Today  those attacking LGBTQ-inclusive education and “critical race theory” describe these topics as “divisive.” Silencing entire marginalized communities, however, will not only impede many students’ abilities to learn, but could strain or sever many social ties in an already polarized political environment.

Instead, addressing cultural differences and histories of discrimination can better equip students to understand how they fit into the world and how to connect with others who will help them change it.

PEN America has counted 137 educational gag orders introduced across all levels of education threatening to restrict classroom discussions of gender, sexuality, and race.

As the HRC reports, baseless online accusations drive offline attacks. Examples include a white supremacist plot to riot at an Idaho pride parade and the harassment of children’s hospitals in Washington, D.C., Phoenix, Pittsburgh, and Boston.

A 2019 study from the CDC showed that 29% of transgender high school students had been threatened or injured with a weapon on school property in the past year, compared to 7% of their cisgender peers.

In these inequitable educational environments, censoring LGBTQ voices is not a neutral act. It passively condones already-pervasive homophobic and transphobic rhetoric.

When I encountered queerphobia as an adolescent, I heard in my harassers’ words the same views espoused by many adults in my life. One of my teachers bet a student 50 extra credit points that she could not find a gay couple that had been together for longer than a year. When she proved him wrong, he maintained that gay people were degenerates who could not have stable, happy lives.

When other teachers did not mention trans or queer people, I assumed they shared the same prejudicial beliefs—or even that they knew how LGBTQ students were physically and verbally attacked and chose to do nothing.

Surrounded by spaces where queer lives were erased or up for debate, I was afraid to tell anyone when I was bullied or otherwise harmed. Perhaps worse, I believed I deserved to be persecuted; this was the only story of queerness I knew.

It was also the only story available to many of those who hurt me. We did not learn about LGBTQ people as full humans deserving of consideration and respect or about the damages of anti-LGBTQ politics within and outside of LGBTQ communities.

The harm of anti-LGBTQ censorship is not that it will eradicate queer people (it will not), but that it will create an altogether more impoverished world—both metaphorically and literally.

University of California-Los Angeles’ Williams Institute has studied the economic impact of anti-LGBTQ discrimination across many states—including Texas, Florida, and Pennsylvania—and found enormous potential losses for state and local governments, employers, and private businesses. They estimate that reducing bias against transgender people in employment and housing would save Texas $1.6 million in Medicaid and shelter expenses alone.

Beyond economic considerations, these educational gag orders could deprive all students of important knowledge about their interconnected histories.

For example, some have connected current anti-LGBTQ and anti-choice rhetoric to the 1980s political organization, the Moral Majority. To mobilize conservative voters, the Moral Majority framed anti-gay, anti-feminist, and anti-abortion policies as “pro-family” and “pro-American,” implying that American families should oppose LGBTQ rights and reproductive choice.

That rhetoric can be traced throughout U.S. history. The 1965 Moynihan report attributed higher poverty rates among Black communities to “weak” and matriarchal family structures, as opposed to structural discrimination.

Such laws, however, curtail the rights of LGBTQ parents and families.

Arguments that K-12 students are “too young” to discuss matters of race, gender, and sexuality disregard the fact that many children must live through the consequences of racial discrimination and transphobia and queerphobia.

There are age-appropriate approaches to introducing these topics. The way to ensure that students are guided carefully through complex conversations is to provide more professional development for teachers, not to revoke their ability to discuss unavoidable elements of our everyday lives.

My personal experiences cannot speak for any other trans or queer person, but that is all the more reason why we should empower these next generations to speak for themselves and with one another. 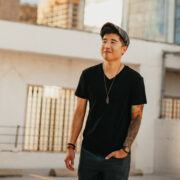 V. Jo Hsu is an assistant professor of Rhetoric and Writing at the University of Texas at Austin, author of Constellating Home: Trans and Queer Asian American Rhetorics and a Public Voices Fellow of The OpEd Project.