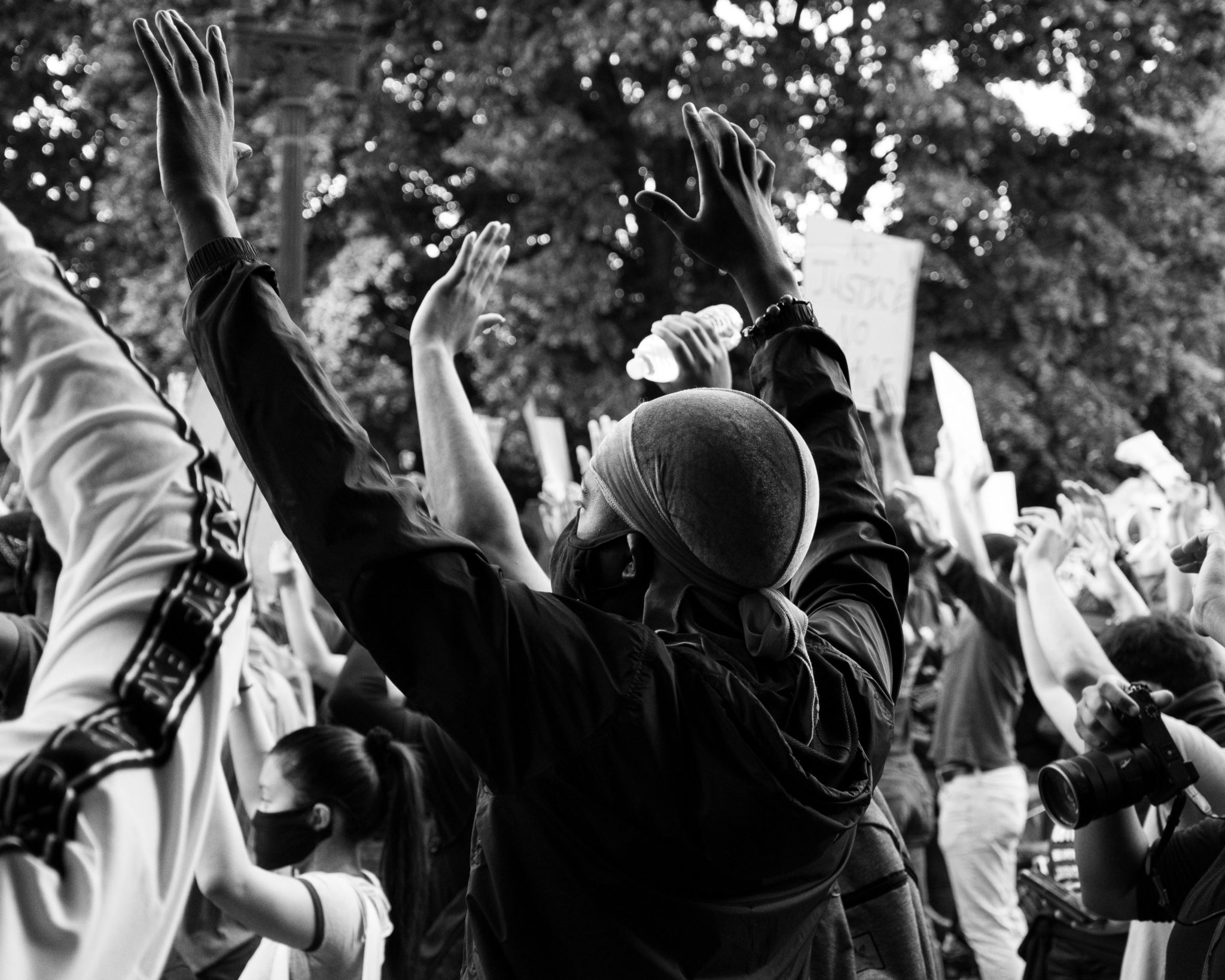 As America seeks to move beyond the world of COVID-19 that has claimed more than 141,000 American lives, the new normal we enter must be much more than just a way to live with the global virus. There must also–and urgently–be another new normal, far too long awaited.

Through the lens of breath, and the making of hands, the world we now inhabit reaches toward the incomprehensible.

Breath and hands mirror each other, opposing forces across the invisible line of life. On one side lies the necessity of care in the ongoing battle of COVID-19, where self-sacrificing hands strive to sustain breath too often waning. On the other lies the brutal deprivation of breath, where hands lacking care hide in pockets as life’s precious breath is extinguished.

Hands behind their backs, protesters struggle to breathe in solidarity with those who died, like Floyd.

Pressed with tear gas or lying prone, protesters breathe with difficulty. Yet COVID-19 patients are turned to their stomachs by multiple hands seeking to ease their breath. Both moments meet life in its invisible essence, the one in protest of life’s loss, the other struggling for life’s preservation.

Thousands of protesters across the world risked their lives to become a new line on the world’s list of essential workers.

They ignored the vicious pandemic surrounding them, yielding to the urgency of underscoring the Reverend Al Sharpton’s  injunction at Floyd’s Minneapolis funeral service: “Time is out for empty words and empty promises!”

These empty words and promises represent what some have called a terrible health crisis founded on a systemic racism that underlies, predates and exacerbates the health crisis of COVID-19.

These deaths represent only a few; but they hint at the possibility of too many others happening in obscurity. The law must uncompromisingly hold the perpetrators of such tragedies accountable, whether they wear a uniform or not.

But as the Reverend Sharpton also stated in the eulogy he delivered at Floyd’s Houston funeral, “We cannot heal because America doesn’t recognize the wound.”

To take the first steps toward such healing then, we must first imagine an entirely different world, one fully embracing the original idea of America.

But in our current social climate, inflamed by a national leadership that doesn’t value change, moving into this new future is difficult.

In a blistering interview with Rachel Maddow, Donald Trump’s niece, Mary Trump. discussed her new book, candidly admitting that racist and anti-Semitic slurs were “normal” in the Trump family, and that she had often heard her uncle engaging in such speech.

Last month, former Vice-President Joe Biden publicly expressed his understanding of the national situation, saying that we now “have somebody in power who breathes oxygen into the hate….”

A new song by H.E.R., entitled “I Can’t Breathe,” written in honor of all the black lives lost, further addresses this sentiment, saying, “We all breathe the same, we all bleed the same.”  In both coronavirus and the problem of racism, breathing and bleeding are the same for everyone.

And among his last words before he died in 2019 at the hands of police Elijah McClain said, “Team work makes the dream work.”

To build the world of the future, we’ll need to breathe as a team, and we’ll need all hands on deck.

Quoting Genesis:2 at Floyd’s funeral, Sharpton said the Lord formed man and breathed into him the breath of life so that he became a living soul. No one has the right, Sharpton emphasized, to remove the breath God created.

Justice must be non-negotiable for all American citizens. If the post-lockdown world is to reflect this reality, we must work uniformly and unflinchingly toward that future.

There is no easy solution to stop the spread of COVID-19.  But the relentless march of unjust racialized killing can stop.

Reminiscent of the 1960’s protests, today’s conflagrations have been a shared scream against the institutionalized injustice affecting all.

The call against injustice itself is what filled the streets of the world, night after night, the many standing strong against this injustice and forming a mighty wave, using their unified diversity to demand systemic change.

As the 1619 Project documented, the fight for true racial equality remains unachieved in America even after 401 years. Is this neglect not a crime in itself?

In this desperate dance, full of tragedy and loss, strength and hope, breath and hands are strangely intertwined, two imperatives in the desire to maintain this delicate, fragile, human condition.  It is a global struggle for humanity, on two fronts. 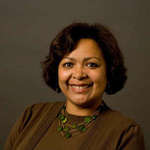 Cyraina Johnson-Roullier is an associate professor of English at the University of Notre Dame, author and essayist. She is at work on a monograph, Demo/dernity: Atlantic Moderns, Americanness, and (Re)Imagining the Human through Law & Utopia and a memoir, Hands: A Touch of Cancer.