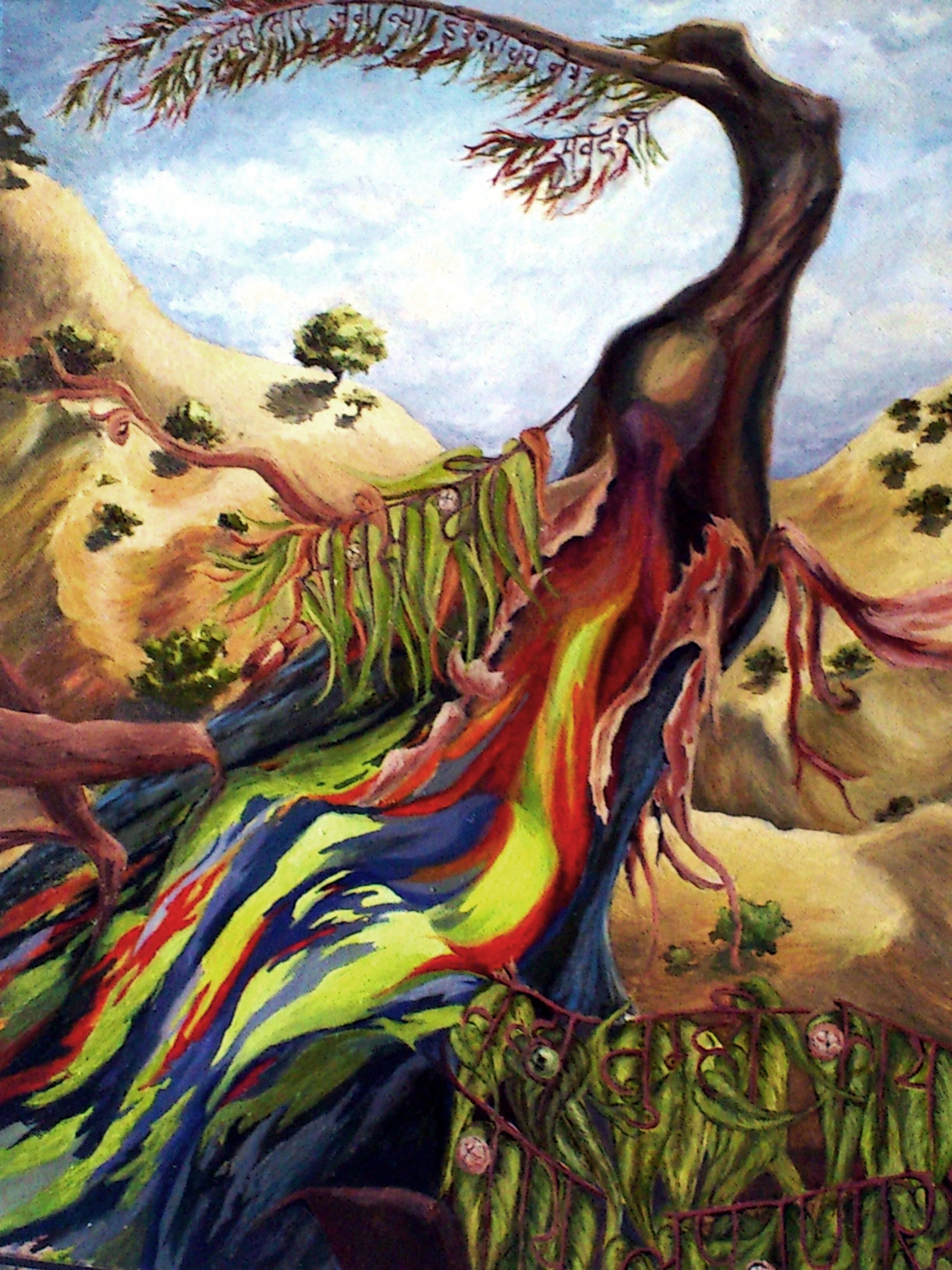 Everything that ever existed

Making my way through the universe of mystics, I came across a wandering poet‐saint from India – Akka Mahadevi.

According to legend, Akka Mahadevi, a 12th century mystic from the State of Karnataka, agreed to marry a Jain king on the condition that she would be permitted to continue her religious studies without hindrance. King Kaushika found it impossible to keep his word and he succumbed to his need to control his wife’s activities. During a heated argument between them, he reminded his wife of her lifestyle in his palace. Intending to make her feel beholden to him for all the material luxuries he provided her on a daily basis, he brought up everything from the food she ate to the clothes on her back. At this point, Akka Mahadevi took off all her clothes and walked out of the palace stark naked!

For the remainder of her life Akka Mahadevi refused to cover her body. She explains why in the following verse:
“When all the world is the eye of the lord
All‐knowing, All‐seeing
What can you conceal?”

My painting was inspired by this particular verse. The brightly colored trunk of a rainbow eucalyptus which sheds its outer bark as if it is shredding its cover is a perfect metaphor. The female form in a crouched position at the base of the trunk eventually becomes the fearless woman looking upwards to the sky, arms outstretched, free of all worldly possessions.

I have tried to capture the feeling of freedom Akka Mahadevi strove towards with her rejection of a patriarchal society and tradition gender roles. She also rejected the notion that her nudity was questioned while that of male ascetics in India was accepted – quite a bold move in any part of the world, past or present. 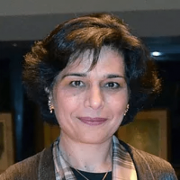 Selma Tufail, an artist, has always navigated through the worlds of literature, art, and education. Life’s journeys have taken her around the world where she has taught, written, and created art — in Spain, Qatar, the U.A.E. the U.S, and Pakistan. She is the author and illustrator of Con Yanci: When Chickens Fly and Other Tales, a children’s storybook. Her writings on gender, art and mysticism have appeared in, The Dollhouse, Pakistan Daily Times, Article in Shards of Silence – An Anthology, The Arabia Review: TESOL Arabia, UAE among others.