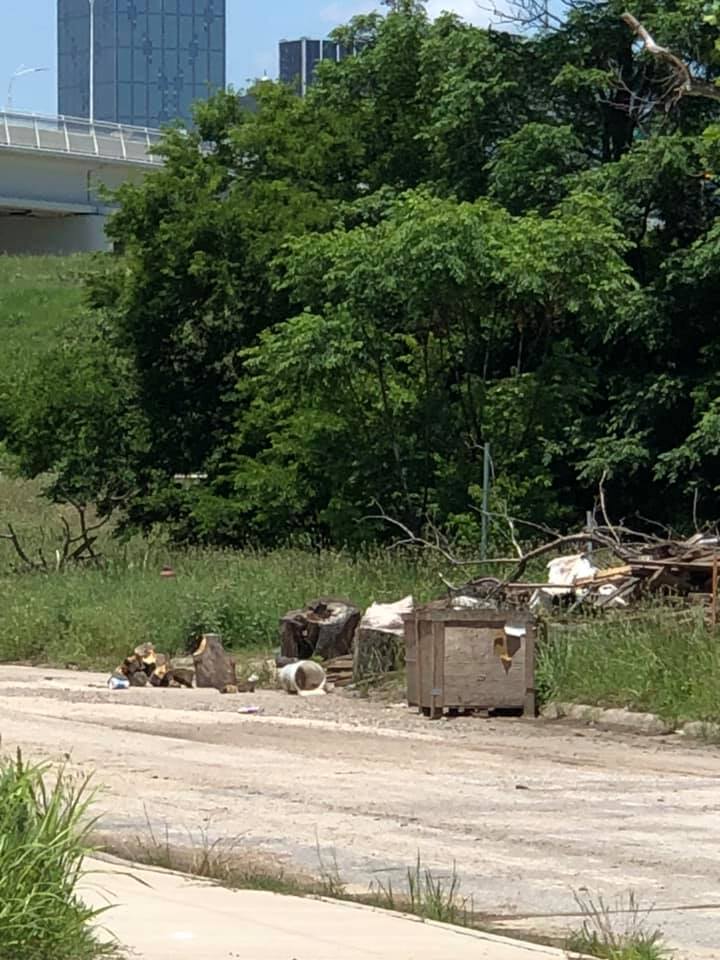 You Could… But, Should You?

As a writer, theologian and womanist preacher, I am fascinated by water towers. Anytime I journey through Texas, I am intentional in photographing water towers, particularly those in small towns – towns with only one or two exits; towns that extend an invitation to road-tired travelers with bright neon signs of fast food eateries and billboards for “the cleanest restrooms,” and world-famous kolaches. In what I consider my pastoral anthropology, this sense of discovering truths about communities, I tend to look for how water towers are situated within these towns. These water towers are tall, prominent landmarks that lend themselves to being more than just a visible sign of the town’s name painted across the frontal and rearview; they are symbolic vestiges that hold history about the people who settled there. What life was like – and what it wasn’t like. 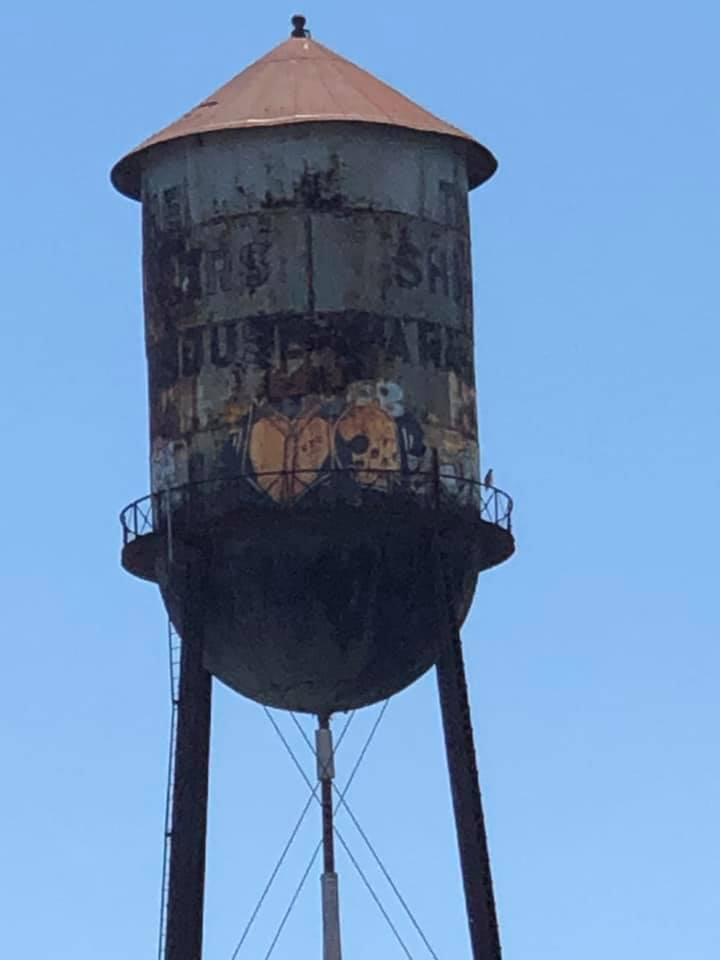 The primary role and focus of a womanist doing anthropological work is to examine the life of a community and identify what social injustices exist, and how to eradicate those injustices so that everyone experiences equality. It is rooted in the experiences of black women solving everyday problems. It differs from feminism in that it is not solely focused on the rights of women. It’s about liberating all oppressed persons. It also has another major distinction in that it is an approach that happens through the lens of black women. Historically, black women have been the most marginalized group in any community, and therefore, can pinpoint injustices in ways that are often overlooked, unnoticed or neglected by others.

This term womanist was coined by the literary giant, Alice Walker, whose work The Color Purple rose to critical acclaim after the book became an award-winning movie. It was in her 1983 critically acclaimed work, In Search of Our Mothers’ Garden: Womanist Prose, that this term was breathed into life, following its incubation and infancy mentioning in an earlier work, “Coming Apart,” by Walker. It is derived from “womanish,” a Black folk expression of mothers to female children suggesting being grown, responsible and acting beyond the age of a young girl – acting womanish.

It is in that thought, that I, as a womanist preacher and social injustice disruptor, seek to approach the homiletic text in a responsible manner, desiring to know more than what’s on the surface, and going into the deep exegetical work of looking at the biblical text through a lens of liberation.

Because when black women are freed and liberated, we are all liberated.

And that deep examination of going beyond the surface is akin to pastoral anthropology – and deep in the heart of Texas, what with all its water towers and water wells, lies some interesting truths about how water has been filtered and processed and streamed through our communities. Water towers are the tributaries that help quench the thirst of parched souls under shade trees, in A-frame churches, and in blighted neighborhoods in the south and posh gated-communities in the north. These water towers and wells hold their own narrative about how this most basic, and most valuable life-giving resource is distributed among the least, last and lost, and the inequities that exist between the marginalized and the mansion-dwellers. If manna from heaven is our daily bread, where is the water that everyone needs to wash it down? 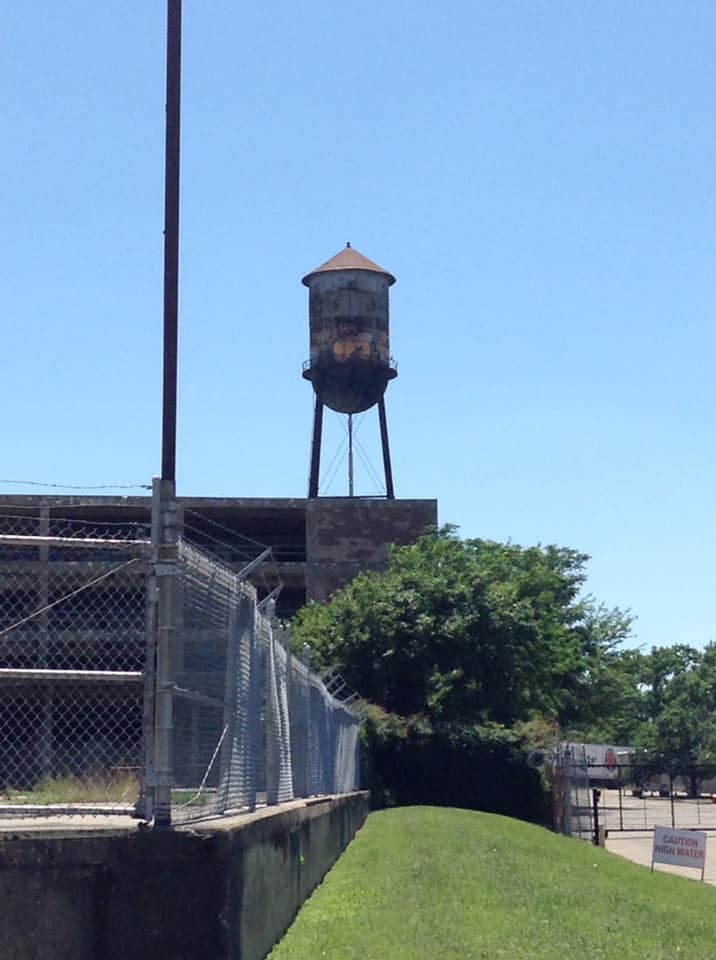 Biblically, water symbolizes new birth, baptism, being replenished. Visually, that’s easy to imagine along the beautiful hiking trails in Travis County where Lady Bird Lake, named for the former First Lady of the United States, the wife of President Lyndon Baines Johnson, is clear and pristine, and attracts thousands of hikers each year. But juxtapose that against the tiny town of Sandbranch, an unincorporated marginalized town against the backdrop of Dallas, resting against its horizon, where some of the least, last and lost call home. There is a paradoxical twist as to whether any persons are lost because they are easily found in this impoverished community that was seemingly forgotten, because for years they were discarded beneath the pile of abandoned promises and used tires. Yet at the same time, it is arguably one of the uttermost ends of the world, that is, one of the communities included in The Great Commission in the gospel of Matthew, when Jesus told eleven of his disciples to go and make disciples of all nations, baptizing them in the name of the Father and of the Son and of the Holy Spirit.

Except there is a water issue that makes this problematic.

When Jesus was baptized, and God said, “This is my beloved son, in whom I am well-pleased,” it’s hard to imagine Jesus being immersed anywhere in Sandbranch because the town continues to struggle with access to clean water. It’s also hard to imagine Jesus being baptized in Dallas, the third largest city in Texas, whose Trinity River is not befitting of its name. It crests during heavy rainfalls and rainstorms and produces a stench along the corridor that divides the city along racial, economic and political southern and northern lines. The highly celebrated Dallas skyline is most visible from the Bottoms of the Trinity (a neighborhood so named because of its low-lying geographical location south of the river) where churches, like the Living Waters Baptist Church and Golden Gate Baptist Church line streets that are home to several abandoned houses, and are at the vortex of sewage and homelessness. 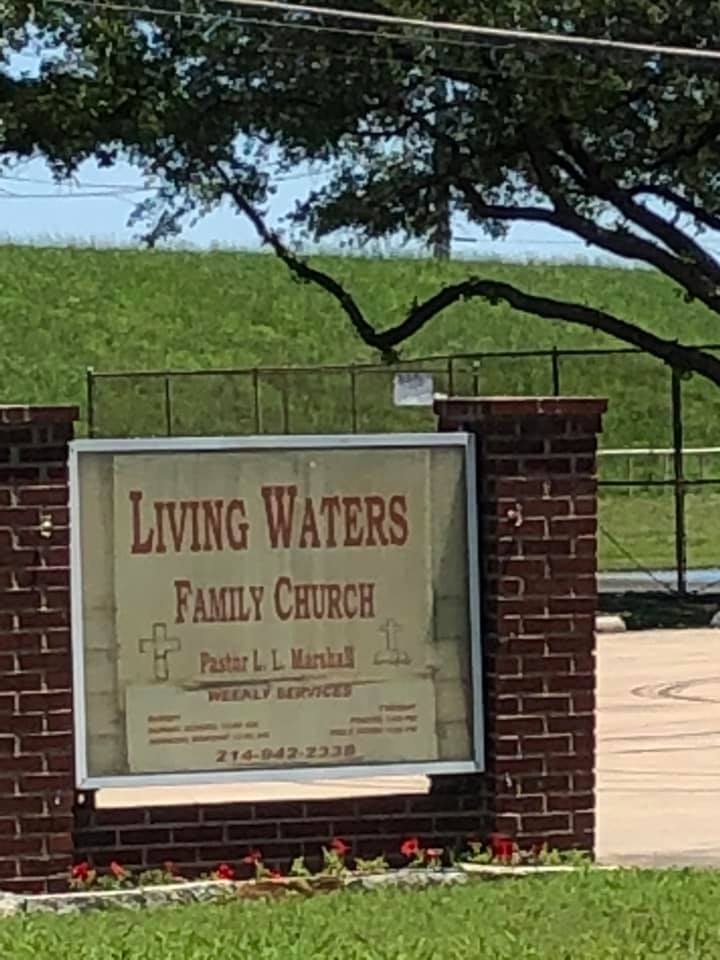 And that’s problematic. It’s hard to imagine a person being dipped in the rusty brown filthy water, with liturgy spoken over them that promises emerging clean and anew, whilst the old life has been washed away. That’s an injustice itself because if the old life can’t sink amid the dumped litter, unwanted furniture and abandoned car bumpers, what’s the point of the baptism in that water?

If water is meant to replenish and rejuvenate dry communities, many who are economically starved and disproportionately underrepresented when it comes to clean, flowing natural resources, then the water towers don’t necessarily offer a true and fair picture of what it means to experience what I like to call communal baptism – that deep sense of caring for your neighbors and loving them as yourself whether they attend your church or not; loving them enough to liberate them from environmental injustices of lack of clean water.

If water is meant to quench the thirst of parched souls, who are bone dry and weary from being on the south end of town where justice doesn’t always flow like a mighty river, then it means caring for those neighbors enough to ensure that they are able to wade in clear, clean water, even if there are no waterfalls like White Rock Lake where egrets bathe. It means unbottling and opening the valves so that the water that feeds the daddy longlegs and revelers along the bustling Sixth Street of our state’s capitol, can also be enjoyed by heavy-burdened mothers of newborns in the Ft. Worth neighborhoods of Stop Six and Lake Como, whose sidewalks are littered with empty flattened bottles of Dasani. 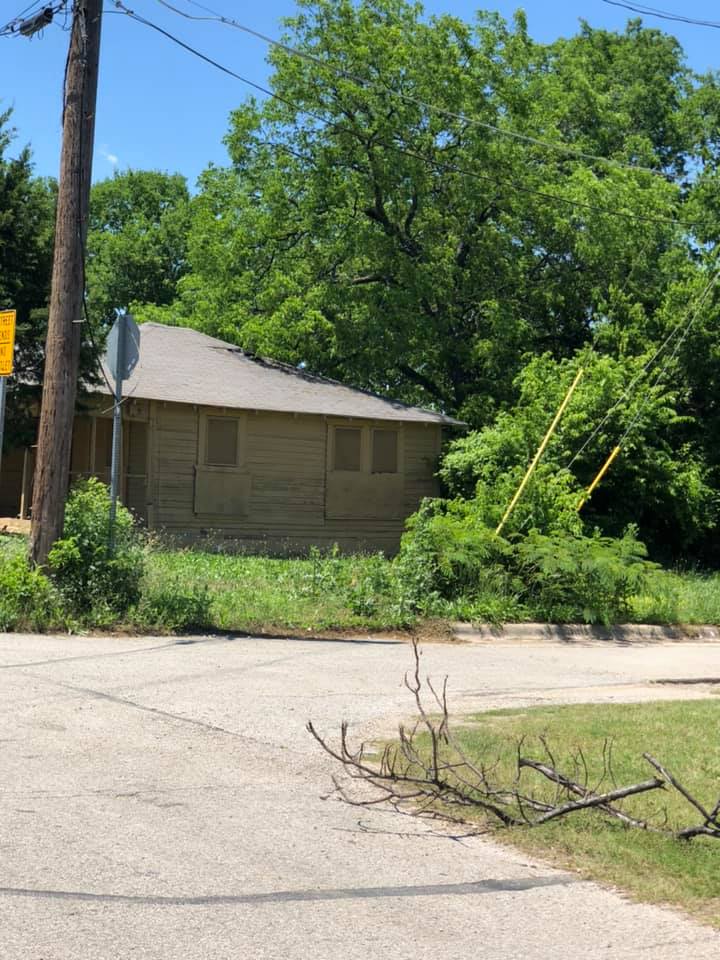 Finally, if our communities are going to experience rebirth, it most certainly cannot happen with dirty, unfiltered water. Even birds refuse to wade in dirty water, and for good reason. May clean, pure water roll down like justice from the water towers in each community, overflowing with cool sips of equity that bathe every resident, in a fountain that causes racism, sexism and genderism to corrode. 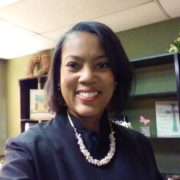 Yvette R. Blair-Lavallais is a pastor, theologian, disruptor of social injustices and a food justice activist. A doctoral ministry student in the Land, Food and Faith Formation cohort at Memphis Theological Seminary, Yvette's research is centered at the intersection of faith, food injustice, gentrification and displacement of Black, Brown and Indigenous people. She is a 2017 academic fellow of Princeton Theological Seminary's Black Theology and Leadership Institute, a 2018 academic fellow of Vanderbilt Divinity's Public Theology and Racial Justice Collaborative and she is the author of the 2017 book, Being Ruth: Pressing Through Life's Struggles with Fearless Faith. She is also a Public Voices fellow of The OpEd Project.