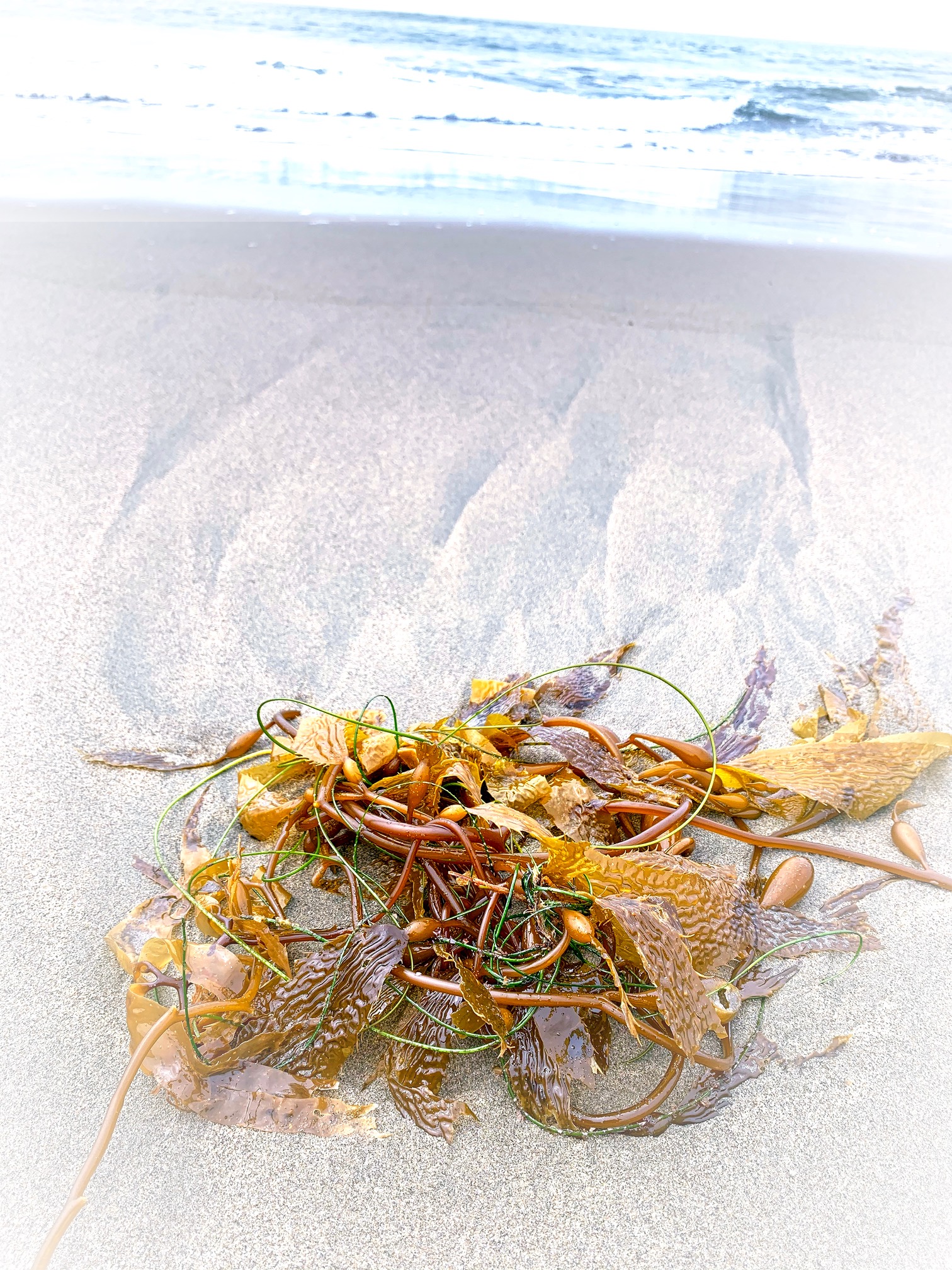 The Fight isn’t Over, Keep Going: Practicing Disability Justice in an Under-Vaccinated Nation.

August – named after Roman emperor Augustus Caesar – with its loaded name arrives carrying the rest of the year on its shoulders. In fact Augustus is Latin for “the venerable one” or “the great one.” I see it as a month of burden. Some levity from being the month of my mother’s birthday who I love and who has been my first guru and has shaped me in ways I continue to discover in my life, my choices and even in my kitchen, and garden! This has been a surprise mostly to me (duh!) because I spent a good part of my early life fighting her. More levity with regard to August from the fact that I read on some science site that these late summer months are heavy birthday months. Apparently because the timing of conception coincides with cold winter months when temperatures outside cool and things heat up in the bedroom! I have not checked the numbers but that sounds reasonable.

August also carries other burdens especially for the country of my birth. It was on August 15th that undivided India seized its independence after over 200 years of British rule in 1947. Venerable month alright. So much has been written about the evils of British colonialism that I won’t flog that dead animal anymore. Except to say that 74 years on it may be time to start considering other factors for the ills that continue to plague India and Pakistan. But while we are dumping on them I would like to mention that when the British left in a clumsy, thoughtless exodus it resulted in a complete breakdown of law and order. Unfortunately that became an essential factor in the barbarity that followed with the hacking of India into India and Pakistan. So as the two nations gained independence our own leaders bursting with ego, megalomania and perhaps some exhaustion, accepted the line drawn by the British and then sat witness to some of the most horrific ethnic violence the world has ever seen.

As has been widely documented, nearly 15 million people were displaced, almost 2 million murdered in ethnic violence and hundreds of thousands of women raped, mutilated, etc. It was an unparalleled Partition that continues to live on even today in the most militarized region of the world, which is the Indo-Pak border. And there is no end in sight to this saga. I am generally and constitutionally an optimist but in this case I have little hope for peace anytime in the near future.

Because a necessary condition for an enduring peace is facing our own potential for ugliness and admitting to it. Unfortunately the kind of truth and reconciliation that the region needs has somehow remained beyond the imagination of leaders of both nations. The kind that is so beautifully captured and recounted in this memoir by Salman Rashid (NOT Rushdie) and the kind that Nelson Mandela dreamed of and found remarkable – while not complete – success with, in South Africa. Truth first. About who we are and what we did. And then Reconciliation. That would take leaders with stature and courage and fortitude. Truth alone is too hard for us. Even today as August 15th is celebrated with great gusto in India (Aug 14th in Pakistan) – and for good reason – the two countries cannot find it in themselves to build any kind of memorial to honor and reflect on the victims of Partition. I guess to do that would be to acknowledge the monster that lives within and still rears its ugly head on command.

Partition has been a part of my own family history since I can remember. I grew up hearing stories of the time. Both my parents were refugee children having been born and raised until 1947 on the “wrong” side; so when the divide was all but certain both families fled to the India side. Note the word “refugee” is mine – it was and is never used in the family, the focus unequivocally on moving on, and ahead. There is a whole tract to be written about the resilience of that culture. In any case, the displacement, the loss of life and property and the aftermath of it all lived with us. I often dreaded certain relatives arriving, which meant at some point this topic was sure to come up. It was only much later in life that the full magnitude of the event dawned on me.

However one curiosity followed me throughout. Growing up, what I did not hear adults in my family talk about was the fate of women. Popular recounting of Partition even in Indian media continued to avoid this elephantine horror. Things have changed but in those days mores of sexual repression and pretensions of propriety took precedence over truth. As a young teenager I once asked my mother about women during Partition and she looked at me and simply stated that many were raped. Her terse response told me all that was left unsaid. When I was older my mother did tell me about an uncle whose wife was brutally raped before both were stabbed to death.

Later I started to read more about how much of Partition’s fury was visited upon the women of the “other” side. I started to come upon more truthful accounts like those by Urvashi Butalia and Bhasin & Menon. Unanswered questions have a way of gnawing at us with time, so in the 2010s I became a citizen historian with The 1947 Partition Archive – a non-profit dedicated to documenting and preserving a people’s history of the Partition. As part of that work I interviewed and recorded accounts of several dozens of survivors of Partition. All of that listening and recording of in person accounts and broad reading on the subject revealed a sordid women’s history of Partition.

Yes, women when they fell victim to the marauding mobs were brutalized in ways too horrific to imagine. Many were forced to stay back and even “marry” their captors or survive in prostitution. Others – daughters, wives, sisters – were murdered by their own fathers and brothers so they would not fall into enemy hands and bring dishonor to the family. I doubt they were ever asked to choose this fate. A misplaced sense of “honor”, which by the way continues to plague the region, was deemed more important than the price of merely their lives.

Curiously, many people still don’t know that multitudes of women were “returned and exchanged” between India and Pakistan for several years after 1947. And many that came back to India were then forced to live out lonely, monastic lives in ashrams or women’s homes because their families refused to take them back – “defiled” goods as they were! This latter history has been well documented in Bhasin & Menon’s work.

Our women need their own history of Partition. I am not a historian but as a poet I can offer my words as a tribute to the women of the time and the untold tragedy they endured. The poem I offer is called “nobody”. It is for the women of Partition, including my own maternal grandmother, a woman of uncommon courage. It is also to remind us that no matter how badly we want to escape our own history it will continue to persist within and among us until we face it and make peace with it.
—
nobody

my story so familiar, so utterly common place

the cries, the weeping, the wailing for my dead

all the homes I know reek with echoes of such pain

for those mutilated, raped, and dishonored and bled

rude history swept in and flooded my home

chased my dreams away while I stood small and dumb

i ran for my children, left all that I knew

wise ones exhorted us women “choose honor over life!”

heavy familial burdens bestowed on us to take

rooms of charred bodies, honorable heaps in the well

they never thought to ask whose choice was it to make

told us a dear new freedom was headed our way

but forgot in those slogans my name and my face

as I was being banished, being compelled to ‘choose’

they said it was ‘azaadi’ for a ‘svatantra’ new land

demands just sacrifice from all, it was claimed

yet apparently when they came gouging for that rent

our heads were bartered for lines in political sands

a foreign lawyer who’d never set foot on my soil

inked new lines, lit them up and it was declared

without asking me once how my own life was hacked

this “partition” was explained in historians’ thesis

my truth came up trivial compared to those tracts

yet do you see those ties still shackle me today

the nightmares stay close, like wearying next of kin

every year you celebrate freedom — yet I still burn

the wounds seethe and breathe just under my skin

i rebirthed you countless times, fenced every fear at bay

now, will you ease my torment from this vicious history?

will you free my tale from mere domestic rants and tears?

do save your pity but not for me; acknowledge my story

don’t let me leave here yet, unheard and unsung

expose unto sunlight my darkness, scars and guilt

don’t choose to walk on by unmoved, unchanged

This poem was for India’s 1947 Partition and its violent aftermath, including the migration of people…for my grandmother – and countless ones like her – who were forced to flee…and those who couldn’t!

Growing up in India as an “army brat”, Reena Kapoor grew up all over the country and feels lucky for having had that wandering life. Reena has been active in writing and theatre and wrote her first plays as playwright-in-residence for EnActe Arts, a leading San Francisco Bay Area theatre company. Reena has been muddling with poetry for over a decade, and Arrivals & Departures is her debut poetry collection. Her poems take the reader on journeys through a multitude of places, time periods, and emotions. Reena is also an avid photographer and can be found on Instagram at @1stardusty.