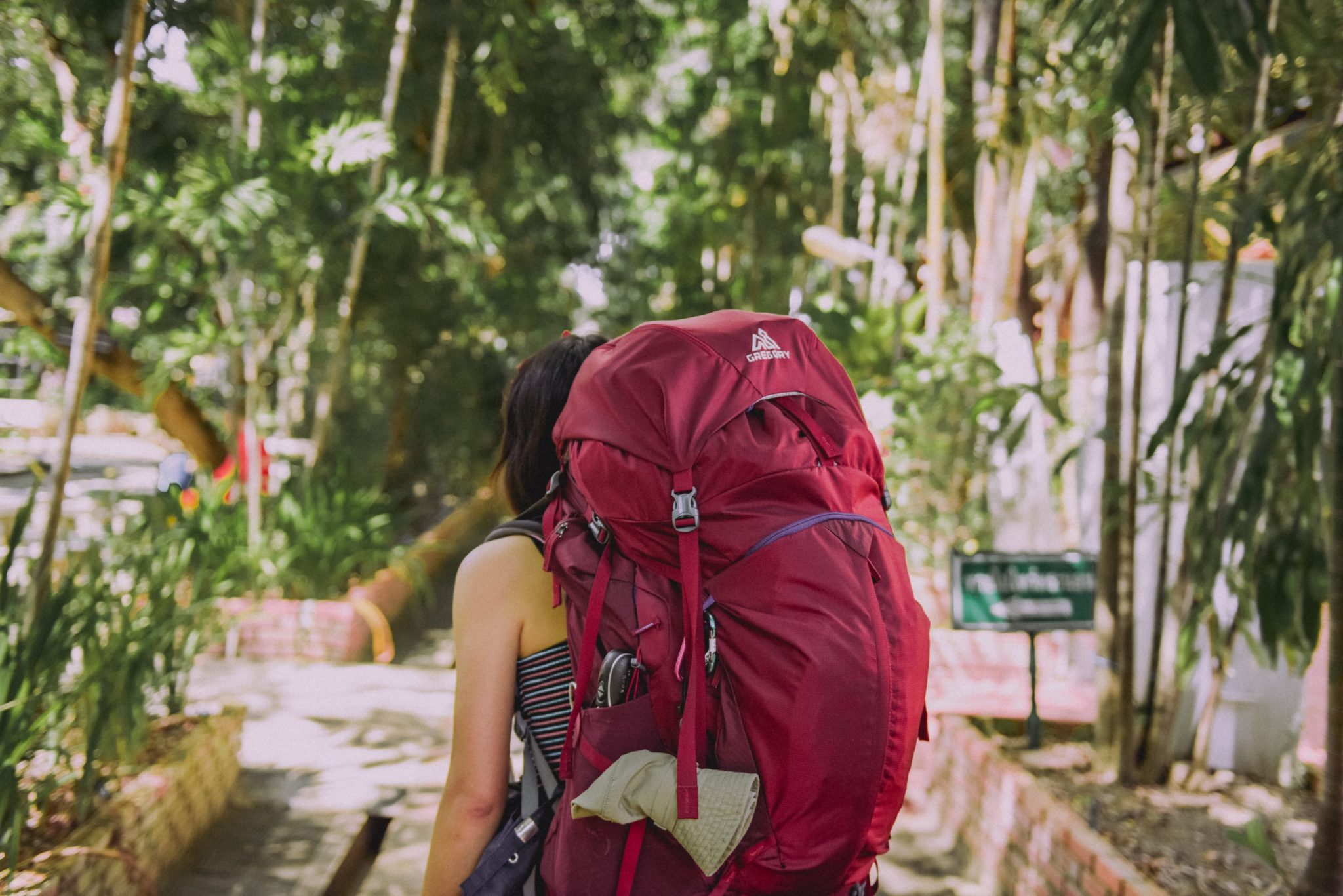 “I’m waiting for you to arrive to bury Gingi–we’ll bury him together.” The voice on the other end of the line was choked with emotion. “I was able to get you on an earlier flight home.”

I played with the phone cord in my hand as I sat in a hotel room in Chiang Mai on a lumpy red bedspread. The steamy heat made my shirt stick to my back. What would it have taken to tell my father that I hated that dog? I definitely didn’t want to leave Thailand early to go home to bury him.

A year earlier I had left a home ruptured by divorce. I was a senior in high school when my parents separated. So bitter was the split that it forced me to choose sides. Desperate to please my father, I chose to live with him. For the most part, he left me to my own devices that year, and I took advantage—hosting parties when he was out of town, staying out late, often skipping school. I told myself I was happy being unsupervised. But by the time most of my classmates were heading off to college, I felt unmoored, as if the ground beneath me had turned to quicksand.

I knew I had something to figure out, but I didn’t know what it was. So, I deferred college, stayed in my father’s house, and began looking for whatever it was I had lost.

More than thirty years later, I sat at my dining room table with my teenage daughter, only a few years younger than I had been when my parents separated. She asked me about that year—a year that I had somehow left out of the stories I had told her about my life.

The year had begun with a job as a teacher’s assistant in a preschool for abused children. The place was poorly run, with teachers routinely quitting. I would often walk home from the school dazed by what I had learned of the children’s stories, missing turns I knew by heart. One day a silken-haired child named Colt overturned the fish bowl and ground out one of the fish’s eyes with a pencil. As he stood menacingly with the pencil in his tiny hand, the stench of wet and something rotten in the air, kids and teachers screaming, I collected him in my arms and rocked him until his heaving sobs subsided.

“That sounds dangerous.” My daughter’s eyes shone as I described those months at the daycare. She seemed surprised. As the memories came flooding back, so was I.

Was I? No one had bothered to ask me that year. My father didn’t notice my silent retreat any more than he had noticed my acting out the year before.

Eventually, after I got pneumonia twice, and a concussion after one of the kids hit me with a metal Tonka truck, I quit and planned an escape to Europe with my best friend. We bought Rick Steves brand backpacks from REI and headed off. After a short stint in Italy, we ended up in Turkey, where a group of guys offered to let us join their group to travel to the south.

“What would you say if I told you I met some random guys and decided to travel with them in a country where I didn’t speak the language?” my daughter asked, dumbstruck. Come to think of it, it did sound crazy.

“I… ended up getting really sick in Turkey,” I continued. “The guys we were traveling with saved my life because the rural hospital we had gone to an hour outside Antalya was making me worse. They helped us go to London to get medical care.”

“But why were you in Turkey at all? And why did you get sick?”

Under my daughter’s persistent questioning, images came floating into my mind’s eye—memories of the scary, barren hospital room, the deliriousness after a bad case of food poisoning gave me a kidney infection, the guys storming into the hospital amidst shouting, and ushering me out in my thin hospital gown.

And then I remembered that the same guys had performed another rescue only the week before when they’d overheard a hotel owner discussing a plan to sneak into the hotel room I was sharing with my friend and rape us. We left in the middle of the night, after the guys broke into the hotel office to retrieve our passports.

“You decided to travel with random guys, you got really sick and then went to London to be hospitalized? What? I can’t believe you did all that!” This was not the mother she knew.
She almost seemed impressed.

In London I was admitted to the hospital with a 106 fever, and remained there for almost three weeks. I’m pretty sure if either of my kids even sprained a wrist I wouldn’t let them be alone in a hospital. But neither of my parents came.

In my last week at the hospital, an elderly third cousin in London, a Holocaust survivor, offered to take me in. I think she was lonely, living in her drafty apartment near Hampstead heath. I took her up on it. We took long, brisk walks every morning while she told me stories I had never heard about my family in Germany, and I regained my strength after my hospital stay. Like my grandfather, also a Holocaust survivor, she wouldn’t let me throw away tea bags. They accumulated in a lumpy pile on the sink, trailing runny, brown stains down the sides.

“You lived with an old woman you just met?” my daughter gaped at me in amazement.

It was true, I explained, puzzled myself. Yet in some ways she felt more familiar than my own parents in their new post-split lives. What was I doing? I had no idea; I just knew I wasn’t ready to go home. On impulse one day, as I walked by a Domino’s pizza, I applied for a job. They hired me on the spot. I spent the next month rolling dough in a windowless back room with Senegalese immigrants, who told me harrowing stories of their escape and immigration over cheap beer in a local pub.

Newly flush with money, I decided to go to Thailand, motivated by a vague idea of going somewhere as unfamiliar and mysterious as possible. On my last day, my relative gave me a locket I still have with a picture of herself at around the age my daughter is now. She also packed me a Nutella sandwich for the airplane.

A few days later, I found myself wandering through Bangkok accompanied by a piercing loneliness. One night I narrowly avoided being hit by a car as I crossed the street and afterward, shaking, I wondered who would have identified me. Still, I did not want to leave. Thoughts of home brought little solace.

“Why did you hate Gingi?” my daughter asked, bringing the conversation back to the hapless dog.

I hated Gingi, I explained, because he had my father’s affection without needing to work for it. My father was devoted to that dog in a way he had never been devoted as a parent. But now he had asked me to come home and, even after all I’d been through, such a summons was more than I could refuse. I flew back to Seattle, buried my father’s dog under a light rain, and packed for college.

Looking back on that year though my daughter’s eyes, I ask myself: What was I looking for? Why did I court danger: run towards trauma—my own and others? If I was trying to ignite my parents’ concern, I failed. But perhaps it was more than that. Everything I thought I had known about where I belonged wasn’t true anymore; maybe I was seeking proof that I did not need my parents to find my way. In foreign places, taking risks I had no business taking, stepping into a different kind of unknown than the fractured landscape that awaited me at home, I was repeatedly rescued by strangers. They reminded me that safety is far more complex than being free of physical harm or danger.

I lost touch long ago with the brash, courageous guys who rescued us, but I wish I could thank them for saving me, not just by warding off rapists and incompetent doctors. The hospital in London treated me for 3 weeks and when it came time for payment and I was broke, they let me just walk away. My third cousin whom I had never met visited me in the hospital almost daily, then took me in for a month. The camaraderie and joy I found with my African pizza-making friends buoyed me at a time I desperately needed it. The warmth of people I met in Thailand made a deep and lasting impression. Returning to Seattle, a flight attendant gave me tissues and rubbed my back as I inexplicably started sobbing as we landed.

“You know what that year was really about?” I turned to my wide-eyed daughter, smiling. “I think all those wild chances I took? I think that surviving them weirdly made me feel safe again.”

“You won’t even let me take the subway after 8, “ she answered dryly.

“Well,” I said, “I wouldn’t say it was the ideal way to grow up. But maybe I’ll have to rethink the subway thing.”

The missing year in the story that I told about my life—describing it to my daughter made me realize how formative it had been. What I learned was that belonging doesn’t reside in a place, a family, or a set of beliefs. It is something that is alive, that travels with you, and you never know who will help you find it. 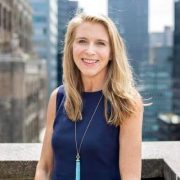 As a psychologist, I use poetry and writing prompts with my patients and never cease to be impressed with how written words can often access what spoken ones cannot. I have a doctorate in Clinical Psychology and a master’s degree in International Affairs from Columbia University. In addition to my private practice, I teach courses on trauma and international mental health at Mount Sinai.