From a young age—even before I was old enough for my first real crush—I fantasized about submission. In elementary school, I was intrigued by kidnapping scenes in movies and TV shows, and I wondered what it would feel like to be tied up and blindfolded. As I got older, I imagined being spanked, not by my parents or any other authority figure, but by a boyfriend.

I didn’t gain that confidence right away, however. I had to lose myself, to experience the pain of giving too much away, before I was able to believe I deserved something better.

The first time Adam and I hooked up, he told me to go turn off a lamp next to his sofa, and while I was fiddling with the switch, he bent me over the arm of the couch and took complete control. He spanked me and tied me up, and I loved it as much as I’d always imagined I would. Letting someone else take charge meant I could turn off my anxious mind and just enjoy the experience. After Adam untied me, he held me close and told me I was a “good girl,” and I felt safe and cared for—and ready to delve further into the world of BDSM.

Over the next few months, I fell in love with the idea of being submissive in the bedroom, of having someone else decide when I would feel pleasure and pain. I savored both sensations, I savored not knowing which was coming next, and I treasured the way Adam would soothe and comfort me afterwards. And inevitably, I started to fall in love with Adam, too. He had a very sweet side, and we had fun together even when we weren’t having sex. He took me and my dog to the dog park, we went to the zoo and art museums, and we bought silly stuffed animals for each other. But Adam also had an angry streak that I tried to ignore for far too long.

Then, I met Logan. A tall, teddy-bear-like musician who was kind and easygoing, he seemed like the opposite of Adam. We went to his apartment, watched some Queer Eye and started fooling around, and for the first time in months, I was actually aroused. But a little kissing and touching wasn’t doing it for me.

To my shock, I realized I wanted Logan to spank me. I wanted the excitement of that spark of pain, the feeling of being taken care of I’d always experienced after being spanked. But Logan wasn’t like Adam: he wasn’t going to just figure out my secret desires, wasn’t going to take control on his own.

Unless I asked him.

After everything I’d been through with Adam, I wasn’t as shy as I’d once been. Still, it was hard for me to ask a man I barely knew to spank me. But now, what I wanted—what I needed in that moment—was important enough for me to speak up. So I did.

And he didn’t freak out, not at all. He smacked my rear end and asked, “Like this?”, and since he hit me a little too high on my back, I said, “Actually, a little lower.”

That evening, I discovered that I had the capacity to feel pleasure again, to allow a stranger to take care of me for a moment without either of us expecting anything more. At the end of the night, Logan gave me a big hug that left me warm and hopeful inside. I went home feeling like, for the first time since my breakup, I could take a full breath of air. Now, I believed I might once again experience both the pain and pleasure, the excitement and safety, I’d been missing since I’d left Adam—without giving myself up in the process.

I’m still dating Logan, but we’re keeping it casual, and I’m not sure where things will go. However, the short time we’ve spent together has helped me to develop the most important relationship in my life: the one I have with myself. Now, I’m determined to hold on to the submissive fantasies I enjoy, without compromising my own needs or my sense of self. I finally understand that being submissive isn’t about being weak, but about being sure of what I want. I’m ready to speak up for myself, to assert my desires and needs, not just in the bedroom but in other aspects of my life such as jobs, friendships, and personal goals.

Being submissive is a part of my identity, but more than that, it’s a way for me to connect to what I truly want, and to go after it—in romantic relationships, and in the rest of my life as well. 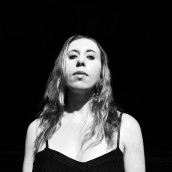 Stephanie Parent is a graduate of the Master of Professional Writing program at USC. She lives and writes in Los Angeles.