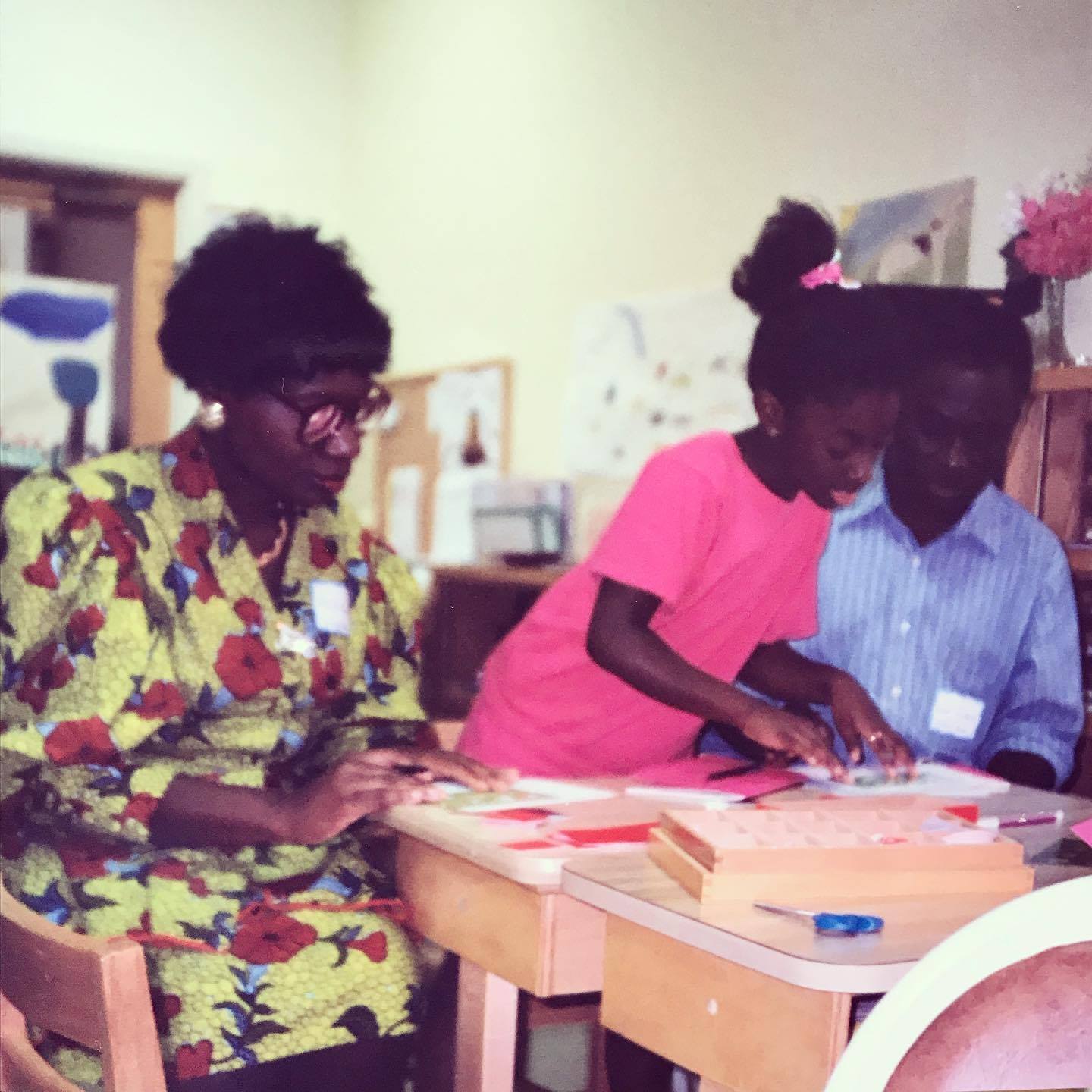 My love for cultures was spun by my love of asking lots of questions and eating anything but Ghanaian food. I hated Ghanaian food as a kid, except at Thanksgiving and Christmas when every dish my working parents didn’t have time to cook was on display. On a day-to-day basis, my mom acquiesced to me, her kindergartner, that my dinners included McDonald’s “chicken” nuggets, and all-American lunches with peanut butter and jelly sandwiches, an apple, and a Nutri-Grain bar, the epitome of health.

Paradoxically, I was always open to every culture that came my way except for my own. Second grade brought homemade wonton skill sessions with my Chinese classmate’s mom, and the fifth grade was filled with teaching, watching, and then eating dishes from molé to pozole and enchiladas from scratch. Consequently, I will forever be a Mexican food snob. None of my meals dispensed from my Barbie lunch box inspired conversation, which was alright with me because I preferred to blend in at that age. Although my elementary school classmates had varied ethnic backgrounds like from Georgia, not the state but the country, and the microwave was often filled with the fragrant aroma of food from Pakistan or Ethiopia. It became abundantly clear my friends were braver than I was when it came to sharing their cultural dishes for lunch.

While my classmates’ everyday meals embodied their cultural heritage, I always felt my Ghanaian food would be seen as too “out there.” These experiences were my first kinesthetic interaction with cultures different than my own, and also the blaring reality of how I managed my Blackness—Ghanaian-Texas identity. How I dealt with this was to instead have conversations around these new dishes (to me) and question how our backgrounds could be similar or different and if there was any crossover. Soon stories were told, listening skills were developed, and Maria Montessori smiled.

Fufu Sundays were the one day of the week I ate Ghanaian food until I was in the 4th grade. The executive order from my Dad as I had to eat “our” food every other day so I would respect and appreciate my culture. Sunday was a sacred day because it was God’s day and that meant donuts for brunch and fufu for dinner. I relished fufu Sundays. I loved that my Mom and sometimes my Dad made soups ranging from palm nut to more savory flavors and that the entire house smelled of the epic dinner that would await me during my ABC Family movie.

Fufu always came with commentary from my dad around history. He would be referencing Kwame Nkruma or conspiracy theories, but I had to listen and not watch TV. What I didn’t realize was that my Dad was providing the history of the Black man from a diaspora context that I was lacking in school. What struck me, after challenging him, was how often he was right, and how much was not shared in my Macmillan history book. As I got older and attended an elite single-sex private school, I was privileged enough to adventure into Mardi Gras lunches filled with jambalaya and southern comfort desserts that I still crave. My friend group ranged from those whose families hailed from various parts of the world to others who could trace their Texas heritage to the Alamo. I always enjoyed inquiring about how their parents or grandparents came to arrive in Texas and I readily shared with whoever would listen about my parents’ story.

It has always been a pleasure of mine to hear the stories of those that aren’t traditionally told, I knew that reverse culture shock would be imminent and I was curious to know what type of work environment I would be involved with. Turns out, a variety of environments that ranged from a group of accountants from eastern Europe and day-ones with people from India and Russia. I have always sought friends with different perspectives as mine but with whom I share similar values with.

I aim to share the stories of friends and acquaintances with the world in the attempt that we broaden our minds to the experiences of others. This is important because it establishes a level of understanding through empathy by listening to the stories of others. Due to empathy severely lacking in our culture right now, it is my goal to inspire those to listen and educate through the stories of others and elevate their stories simultaneously through the written word, orally, and visually.

Peaking into the lives and cultures of others through food gave me the ability to ask questions of my travel companions after I leaped to move overseas after college. This leap took nine months of saving post-college and living in my old high-school bedroom, filled with all those old, sweet, and sour high-school memories.

One particular memory I have from living overseas that reminded me of how interconnected we all were was when I became close friends with my 70+ roommate’s caregiver and house show-runner, Reli. She told me her family’s story in Bolivia and I would patiently watch her prepare lavish meals, from a parrillada, or Argentine barbecue, and dishes from Italy and Spain, that would make anyone’s head swoon. Whilst I attempted to cook, we discussed our families and heritage, and it dawned on both of us that our family structures had similarities. Both matriarchal, hers part of Quechua lineage from Potosí, and mine a mixture of Ashanti and Fante from Ghana.

However, one might ask, how do you have a conversation with someone from a different culture if that is not available to you? How do you broaden your mind to experiences outside of your comfort zone? First, inhale and then exhale. Next, listen, and when the opportunity comes to share that knowledge, please do.

This is exactly my aim with my podcast, No Country for Moving, about the stories of emigrants and immigrants from across the globe. On the podcast, my esteemed guests and I discuss race, politics, and cultural nuances of what distinguishes and inspires them. It started from the fact that growing up and traveling as a solo-Black female, empathy became one of the best currencies I had. I didn’t have a choice but to listen to those around me, which is why I believe storytelling enables you the ability to empathize and understand the marginalized and unheard stories that are not commonplace in media nor our history books. The interview-style podcast reminds me of conversations I had with friends at work and living overseas, of discussions over my elementary school classroom meals, all of them stemming from a place of curiosity.

Now, instead of running home to share with my parents, I’m running home to share it with you. I hope that you take something new from every conversation and share it with someone who didn’t expect to learn about a place or person that day and keep the dream alive. It is my fervent desire that NCFM is shared and becomes a global initiative that reminds us to see our difference and understand what separates us but also that we all remember we are all humans and should be treated as such. Until it does, I will continue to normalize and share my story with whoever will listen, because representation matters and so does my story. 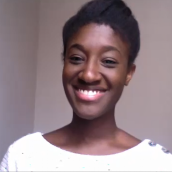 Kyra Assibey-Bonsu, Ghanaian-Texan, braised on the East Coast, and glazed in Spain and Latin America. I'm passionate about elevating the voices of the marginalized and silenced and have been fortunate enough to do so through my experiences in India, Spain and Latin America, and currently in Brooklyn, with No Country For Moving. I'm authentically in love with a walking tour, a food fair, and dance parties spanning decades and cultures.